In late January the bad news came down like a hammer on Nationstar’s stock. FBR Capital Markets announced it downgraded the mega servicer from “outperform” to “market perform.”

Tracking performance on the HW 30, HousingWire’s exclusive equity index of companies impacting the housing economy, Nationstar’s stock fell 3.08% by the end of that day. For the month of January, the stock was down 14.07% year-over-year.

So what else is new?

Nearly a year before FBR took its shot at Nationstar, ratings giant Standard & Poor’s shifted the outlook of Nationstar Mortgage Holdings’ residential mortgage primary, subprime and special loan servicer ratings to “developing” from previous outlooks of “positive” for subprime and “stable” for the company’s primary and special servicing ratings.

Simply put, the outlooks changed from a distinct positive view to “developing” because the company is in flux due to its rapid expansion in the MSR space, S&P determined.

The truth is, those who closely watch Nationstar seem unsettled by the expansive changes going on at the firm.

Stonegate Mortgage, another nonbank mortgage company focused on originating, financing and servicing residential loans, announced it has entered into a binding letter of intent to acquire the wholesale lending channel and certain distributed retail assets of Nationstar. 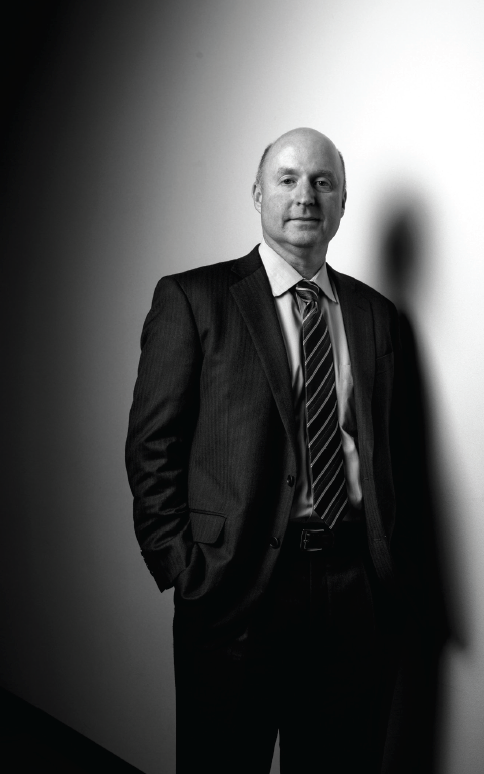 The aforementioned FBR research report outlined the path back into investor’s good graces.

“Nationstar is a growth company but it is currently not growing and is in the midst of an organizational clean up, which usually brings with it negative sentiment,” the FBR report states. “We believe the bias is to the downside on valuation in the near term until management restores investor confidence.”

Not good news. But it’s nothing new to Nationstar President and CEO Jay Bray. His portfolio sits around a quarter full with distressed loans. He’s used to complaints, he can handle them. Bray is easygoing through it all.

All things considered, this is Bray’s comfort zone.

“The DNA of the company from the beginning is to service tougher subprime borrowers. Fast forward to today — all the single point of contact modification that people like to talk about we were doing that in 2000 and prior, so the core franchise and the core day-to-day hasn’t changed. It’s what we’ve always been good at; keeping customers in homes and finding solutions.”

Blink and you could miss the Nationstar offices in Lewisville, Texas. Situated off what could be any of the tolled highways of North Texas, Nationstar sits in a dug-out section of rock, surrounded by repeating suburban properties and high-density multifamily units.

Inside, the offices are clean, bright. Anthurium houseplants sit in pots, standing guard in front of cubicle walkways here and there. No one seems rushed. It doesn’t feel like a call center. Everyone smiles, except the security guard.

In the break room an employee hums to herself happily. What’s the best thing about working for Nationstar? “The coffee is free, and it’s not bad!” Her head tilts back as a sharp laugh shoots out like lightning. She’s right. The coffee isn’t bad, and it’s a funny observation.

But to be fair, Nationstar can afford to provide not-the-worst-office-coffee for its workers. In 2007, Nationstar executed on an estimated $10 billion in mortgage servicing, with an additional origination load of $2 billion to $3 billion a year, and those were always full-doc, according to Bray. And then everything went nuts. Bray began to shut down noncore origination business lines in order to become more focused on servicing.

The opportunities were simply too alluring.

“There was a land grab the last three years. We felt we were in a position to participate in that and so did our partners, the Ginnies, the Fannie, the Freddies,” Bray said. “And so we’re not shy, not afraid to grow the franchise.

“The fundamental way we grow the franchise is we hire the people before we board the loan. So as opposed to growing recklessly, we make sure we have people in the seats beforehand.”

Nationstar executed on more than 300 MSR transfers in the last three years, equal to close to $400 billion in servicing. And Bray says practice is making perfect as the transfer agreement from the end of 2013 is going better than 2008.

“Because we’re getting better at it,” he said.

“The good news is we’re successful and fortunate to have partners who trust us. Servicing is not just economics. We demonstrate we can do it.”

Bray’s first exposure to the mortgage business was at Arthur Anderson in Atlanta in the early ‘90s. He then moved to Barnett Bank to serve as CFO in Jacksonville, Florida. In 1997 NationsBank bought Barnett and then merged with Bank of America in 1998. 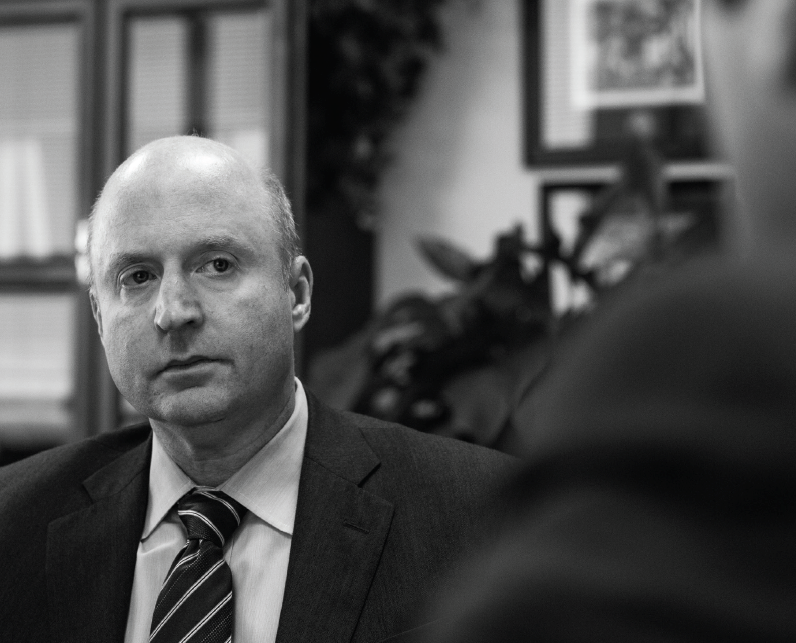 In 2000, Bray moved to DFW to create and manage the non-prime mortgage lending business of Centex, where he served as CFO.

“A lot of what happened in the culture there resonates with me, even today. They were behind supporting home ownership and doing so responsibly. We were the outlet for that until 2006.

“I built it from scratch, which I loved. I hired everyone, even the structured finance people.”

In 2005 there was change in leadership at Centex. The company moved away from noncore subsidiaries like pest control and lawn care, to name a few. Goldman Sachs was brought in to find a buyer for Centex Home Equity. Fortress Investment Group was the winner and changed the name to Nationstar. For its part, Centex was ultimately bought by Pulte Homes.

Bray has been at Nationstar Mortgage for 14 years. In addition to the Lewisville location, Nationstar operates four more buildings in the Dallas-Fort Worth metro area. They are also in various locations such as Scottsbluff, Neb., Denver, Col., Chandler, Ariz., and Irvine, Calif.

In total, Nationstar is employing 7,000 people for the company’s core operations. Another 1,800 offshore workers are available as capacity dictates.

Sitting at a modest round table in his office, Bray leans back in his chair and thinks for a moment.

“There were loans that should not have been made, it’s obvious in hindsight,” he says. “We’re entrepreneurial enough, nimble enough to adjust to the market,” he adds. “We will be able to generate reasonable amounts of refinance volume even from our existing portfolio.”

“It’s not over, there’s going to be more pain and slowdown in lending volume,” Bray predicts.

Some changes were necessary to avoid what we had in the past, but they raise the cost to consumers, it’s the way the world works. The rules need to be more defined and implemented over a longer period of time for the market to adjust.

“As a non-prime originator with a high-touch servicing model, we’re well equipped to operate in the non-QM market,” Bray states.

“But we’ll dip our toe in before jumping in … we won’t be the first to jump in, we need to be sure we have the structure and liquidity in place first. The good thing is we still have the entrepreneurial spirit.”

“I get emails from customers every day, interact with them frequently, and as an organization we are continuing to look at ways to improve the customer experience.

“Away from operation, we have a separate engagement team. All they do is look at complaints, find out what went wrong, and determine if the resolution was adequate — what could improve in the future. Our portfolio is 20%+ delinquent, that’s by design that we take on mortgages that are tougher to collect.

“You’re going to have complaints — people might be behind on their mortgage, and you can’t solve everyone’s problems. Fundamentally there are times you can’t solve things…it’s the nature of the business.

“We try to hit it head on — are there things we can do better? Let’s talk about them.”

The nature of Nationstar’s business demands a certain kind of employee, Bray said.

“The one thing that’s really special about Nationstar is the people. I’ve got guys I hired in 2000, even prior to 2000, and they are still a part of the company; they believe in what we’re doing.”

Bray isn’t just a people person when it comes to his clients, customers of Nationstar. He also feels a strong connection to his personnel, at least in the Lewisville office.

As he walks through the office spaces he is constantly stopping to chat. When he crosses into the lobby, he greets the receptionist as an old friend. And chances are, with the Nationstar business model, she is.

For the third consecutive month, Redfin said that more than 50% of its home offers faced competition in July due to record-low mortgage rates and inventory.