Detroit has long been known as one of the housing markets that was hardest hit during the crisis. Even recently, RealtyTrac deemed the city the best place to find a fixer-upper based solely on the number of homes available for under $100,000.

However, after filing for bankruptcy last week, many are left wondering what this means for the distressed market in Detroit. Will the bankruptcy have any impact on foreclosure activity?

According to RealtyTrac Vice President Daren Blomquist, foreclosure activity may not be affected by the filed bankruptcy at all.

Blomquist believes that the bankruptcy could very well mean more vacant, abandoned foreclosures that are not maintained and contribute to blight throughout many of the city’s neighborhoods.

"With limited resources, the city may not be able to perform adequate code enforcement and needed maintenance on these homes," Blomquist added. 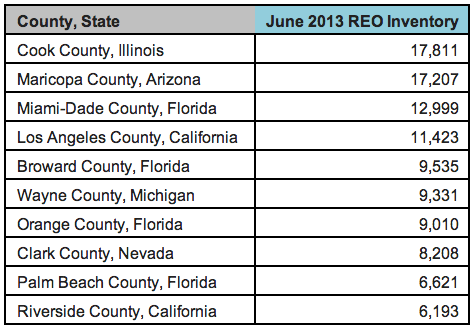 "The challenges raised by Detroit’s Chapter 9 filing are hard to pin down. However, there are numerous potential issues that could be problematic," said VanNorwick. "The first issue is a foreclosure action, which cannot take place, due to the imposition of the automatic stay under 11 U.S.C. 922. Lenders will not be able to foreclose on properties where the City of Detroit has an interest in the property," he added.

According to VanNorwick, Detroit’s hardest hit neighborhoods actually have the possibility of improving with this Chapter 9, as it successfully addresses the debt and other structural problems that the city faces.

"In the short-term, the foreclosure process can proceed, so long as Detroit is not a lienholder or otherwise interested party in the foreclosure," said VanNorwick.

For the foreclosures stayed by the Chapter 9 filing, it will delay the potential return of that property to an interested and committed owner, who wishes to either operate the property as a rental or live in as their principle residence, according to VanNorwick. "This will necessarily delay the neighborhood’s improvement."

"This case is unprecedented in its scale and complexity. It will be quite some time before all of the issues are dealt with," he added.