We brought together the smartest minds in purchase marketing to share the insights, tactics and strategies that set the leaders apart. Watch the sessions on-demand now!

One of the mortgage industry’s favorite charitable events, The Ellie Mae Classic Web.com golf tournament, will kick off July 29 and run through Aug. 4 at TPC Stonebrae in Hayward, California.

The week-long Classic features two different Pro-Am tournaments, a celebrity shootout and four days of tournament play. As one of the qualifying tournaments for the PGA TOUR, the tournament draws 156 players vying for a place on the leaderboard, as well as the $600,000 purse.

Over the last three years, the Ellie Mae Classic has delivered some of the most memorable weeks of the Web.com Tour season. In 2016, Germany’s Stephan Jaeger posted a PGA TOUR-record 58 in the opening round on his way to a record-setting 30-under-par 250 total and a seven-shot victory. 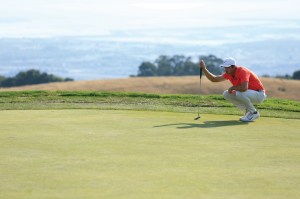 Ellie Mae has served as the title sponsor for the tournament stop since 2016, bringing together some of the world’s best golfers, celebrities and professional athletes from multiple sports to raise money for local and national charities. This year, the primary beneficiary of the Classic is the Mort- gage Bankers Association’s Opens Doors Foundation, which supports families with critically ill children by helping with rent and mortgage payments.

HousingWire will return as the Presenting Sponsor of the Ellie Mae Community Pro-Am taking place on Monday, July 29. In 2018, the Pro-Am brought together sponsors from across the mortgage industry, including Teraverde Financial, PrimeLending and Pulte Mortgage, and raised $40,000 for the Opens Doors Foundation.

This year’s Pro-Am also includes a fundraiser aimed at raising $100,000 for the Opens Doors’ Home Grant program. A rare-wine tasting at Wente Vineyards — “Raise a Glass, Raise a Roof” — will be followed by an exclusive dinner and an auction of some of Wine Spectator’s top wines from California, the Loire and Rhine Valleys, the Italian countryside and the high summits of Argentina. The Ellie Mae Classic will contribute $25,000 to Opens Doors, and Ellie Mae will match donations up to $25,000.

“This event brings together mortgage industry professionals from across the ecosystem for a great day of golf that ultimately benefits a fantastic cause,” said Jonathan Corr, president and CEO of Ellie Mae.

Deborah Dubois, president of the Opens Doors Foundation, explained what the assistance means for their mission.

“Funds raised from the Ellie Mae Community Pro-Am allow us to extend our reach across America, helping to keep more families in their homes while a child receives treatment for a critical illness. We are deeply grateful to partner once again with the Ellie Mae Classic and HousingWire.”

The Pro-Am is just one of the charitable aspects of the tournament, which also benefits the Warriors Community Foundation, Youth on Course and The First Tee.

This year’s Celebrity Shootout will feature teams from the Oakland Athletics, the San Francisco Giants, the San Francisco 49ers and the San Jose Quakes. Each participating team will win $5,000 for their charity, with the winning team getting $10,000.

Charitable giving plays a key role in every PGA TOUR-sanctioned event: in 2018 the PGA TOUR and its tournaments generated a record $190 million for charity, with an all-time total of $2.84 billion.

This year’s Ellie Mae Classic will be the last at TPC Stonebrae. Erica Harvill, vice president of corporate communications and branding at Ellie Mae, expressed her appreciation for the venue and its management team.

“Stonebrae has been an incredible partner for us. Their management has done so much for their local community and working with them has allowed us to give back to the mortgage industry as well,” Harvill said.

After years of aggregating behavioral data from homebuyers and homesellers at the largest real estate brokerages in the country, Buyside is proud to announce the launch of their expansion into core & ancillary services by focusing on the homeowner.