Executive Conversations is a HousingWire web series that profiles powerful people in the financial industry, highlighting the operations and the people that make this sector tick. In the latest installment, we sit down with Jason Roth, chief technology officer at ComplianceEase, to find out what kind of roadblocks lenders are still facing under TRID.

Q. Oct. 3 has come and gone and the TILA-RESPA Integrated Disclosure (TRID) rule is now the law of the land. Looking back, was getting ready for this deadline really such a huge undertaking? 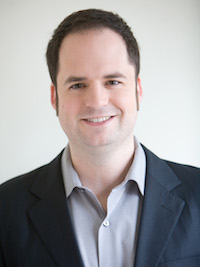 A. Changing two forms, giving borrowers more information before they take out a loan, making sure the numbers they see at closings have some resemblance to the estimates they’ve been given — how hard can that be, right? Sounds easy enough, but TRID has been massively disruptive to lenders, tech companies and settlement services providers. And it remains to be seen whether it will have a ripple effect on realtors and borrowers, once the first TRID closings occur.

Although our compliance solution, ComplianceAnalyzer with TRID Monitor was “TRID-ready” months ago, loan origination systems (LOSs) and lenders were working on updating integrations right up to (and in some cases past) the Oct. 3 deadline. Based on my conversations with clients, colleagues and friends, it was “all-hands-on-deck” at virtually every tech company two weekends ago.

But applications are being taken and, in the next month or so, we’ll see the first closings done in the new TRID era. The good news is that the Consumer Financial Protection Bureau has told the industry that it is initially going to be looking for “good faith” efforts.  In a letter to the industry two days before the TRID deadline, Richard Cordray said, “During initial examinations for compliance with the Rule, the agencies’ examiners will evaluate an institution’s compliance management system and overall efforts to come into compliance, recognizing the scope and scale of changes necessary for each supervised institution to achieve effective compliance.”

So, for the moment, our industry has some more breathing room. Make no mistake about it, however, now that consumers (read the plaintiff’s bar) can sue over Real Estate Settlement Procedures Act (RESPA) / Truth in Lending Act (TILA) defects, from now on, every closing is a potential lawsuit for the lender.

Q. In your opinion, is the industry ready or not?

A. That depends on whom you’re talking about. The very biggest lenders are. Over the past few years, they’ve invested hundreds of millions of dollars in technology, new workflows, vendor management systems and legal fees. The big question is: Is everybody else ready? According to an informal survey of small and large banks and non-banks conducted by the Mortgage Bankers Association one week before TRID began, one third of lenders said they were not prepared for TRID, because they had insufficient time to test and integrate systems and train their employees.

Many, if not most, of the medium and smaller lenders will be relying on LOSs and document prep companies for TRID compliance. Some of these vendors will be more ready than others. Particularly those that have been early adopters of Mortgage Industry Standards Maintenance Organization (MISMO) version 3.3, which is more well-suited than earlier versions for working with multiple disclosures as TRID compliance requires. Initially at least, we’ll probably see a lot of work-arounds and/or “bandage” solutions, and lenders throwing bodies at the problem to assure compliance.

Even before we entered the “brave new world of TRID,” lenders were still making errors — and that was following the old RESPA and TILA rules that had been in place for years, not weeks. During the first quarter of 2015, for example, our audits found that 17% of loans failed for TILA tolerances and 6% for RESPA.

That being said, our results may reflect better performance than what’s actually happening in the industry as a whole because it’s based on audits that were done for lenders who actively used a technology solution to test for compliance ahead of the new TRID rules, and it doesn’t factor in lenders who had yet to upgrade their technology or those who manage the compliance process manually.

It’s wishful thinking to believe that everyone is going to get TRID right the first time, let alone every time. But over time, compliance technology, training and new collaborative communications systems between lenders and settlement services providers will eventually bring us much closer to where we’ll need to be.

Q. What details are beginning to catch lenders by surprise now that they’ve begun originating loans under TRID?

A. Unfortunately, many of the LOSs and document management systems that have claimed to be TRID-ready were designed for the old GFE and HUD-1 forms. They’ve updated the content of the forms for TRID, but still only compare a single Loan Estimate (LE) with the final Closing Disclosure (CD).

Under TRID, lenders are required to monitor all fees on all LEs and not just compare the final LE to the final CD. According to the CFPB’s published TRID examination procedures, a lender “may use a revised estimate of a charge instead of the amount originally disclosed if the revision is due to one of the reasons” specified in TRID. That means if a lender's TRID solution is only comparing one LE and not monitoring revisions to individual fees and charges across all LEs throughout the origination process, then there is high potential for significant violations under TRID.

On the flip-side, reviewing a limited set of disclosures can also result in over-refunding fees in an attempt to address suspected tolerance errors, which can have a large impact on profits.

Q. What has ComplianceEase done to help lenders with these issues?

A. For more than 18 months, we worked on the design and launch of our new TRID Monitor module within ComplianceAnalyzer so we could help lenders comply with the extensive requirements under TRID. Depending on a lender’s workflow needs, lenders can use ComplianceAnalyzer to check just the latest terms and fees on any single TRID disclosure or use TRID Monitor to track changes in fees and terms throughout the origination and closing processes. TRID Monitor also audits tolerance across all disclosures and changed circumstances, and tracks post-consummation disclosures, including those with a cure to the borrower. In addition, ComplianceAnalyzer with TRID Monitor maintains a complete audit trail throughout the loan origination lifecycle for evidence of TRID compliance.

We’re also working on some technology solutions to improve lender and settlement agent communication and data exchange to reduce risk and cure loan defects before closing. We think that will emerge as a significant source of compliance issues in the coming months.

Q. What’s the next big challenge that the mortgage industry is going to face and how will ComplianceEase help their clients prepare?

A. The final Home Mortgage Disclosure Act (HMDA) rule, due any day now, will be a significant challenge for lenders who have been lax with their HMDA reporting and not consistent with their own internal data analysis. Under the current rule, reporting institutions must submit their annual loan application register (LAR) reports each March. The proposed rule will require institutions that reported 75,000 or more covered loans, applications, and purchased loans combined in the previous year to file reports on a quarterly basis, within 60 calendar days of the end of each calendar quarter.

In addition, the bureau is planning to expand the information reported on each loan application with additional data elements, such as debt-to-income ratio (DTI), combined loan-to-value ratio (CLTV), the automated underwriting system (AUS) used and results, denial reasons (which, under current rules, are optional), Qualified Mortgage (QM) status, additional rate and points and fees information, manufactured housing data and unique financial institution identification number. These new requirements will not only add to the already high cost of compliance, but will also expand potential fair lending liability for covered institutions.

We’ve been advocating HMDA reporting best practices that include LAR data processing as an ongoing — rather than once a year — activity. We believe that by regularly collecting and reviewing required HMDA data, lenders will be able to spot potential red flags early on and address them before an examiner sees them and before they constitute a pattern —decreasing cost and risk. This regular review will be a mandatory activity for larger lenders and a highly necessary activity for all lenders, if the proposed rules are adopted.