Forsythe Appraisals fosters innovation in every part of its business, which has been a key component to the company’s success for the past 75 years.

“One of our core values is having an environment that not only allows for the testing of new ideas and technologies, but really encourages novel thinking and innovation. Our model is a great fit for appraisers who want to appraise, not focus on sales, IT, compliance, audits, staffing, and other things associated with being in business for yourself,” said John Forsythe, SRA CEO.

Right now the company is testing a new Appraiser Support Team process that researches factual information on the front end of each appraisal report, saving appraisers as much as 45 minutes per assignment. Giving appraisers the best tools and processes available increases the quality of their valuations — while also improving their work-life balance.

“Clients expect more and better information in each report, while simultaneously emphasizing the importance of fast turnaround times in order to accommodate borrowers’ closing requirements,” said Tim Forsythe, senior director of customer development. “We appreciate the gravity of this imperative, but we also want to ensure our staff appraisers enjoy a healthy work-life balance. For that we are implementing various solutions to help our appraisers be as efficient and effective as possible.” 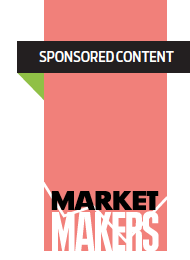 This approach has led the company to outfit each of its 250+ staff appraisers with iPads, replacing digital cameras, clipboards and other equipment. Appraisers can utilize voice-to-text functionality to dictate notes about the property, access numerous appraisal-specific apps to complete reports, download MLS data to research comps remotely, update the status of orders, and respond to company emails. The tablets also allow appraisers to have direct communication with Forsythe’s headquarters and branch offices while out in the field.

Forsythe’s deep investment in technology also addresses some of the thornier compliance issues related to appraisals. The company invests in myriad robust sources to ensure that its appraisers have access to data collected through proprietary and public sources.

“Technology helps us ‘scrub’ different data points and highlight differences between sources, then the appraiser is able to report what they used and, when necessary, explain why narratively,” said Alan Hummel, SRA, chief appraiser.

“The future is data-oriented. A lot of people are wringing their hands in dismay about the future of the appraisal industry, but it’s going to be a more interesting and more rewarding profession in the years ahead.” 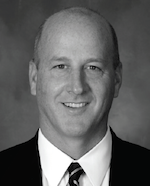 He earned his ASA designation as a machinery and equipment appraiser and established the company’s reputation in litigation, complex and unique properties, upper bracket, and special-use appraisals.

He also developed a rigorous training program for new appraisers that is still used today. He was named president of Forsythe Appraisals in 1997 and in 2011 succeeded his brother Tim Forsythe as CEO. 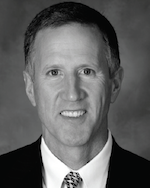 After earning a degree from the University of Minnesota in 1979, Tim Forsythe joined his father, Jerry Forsythe, in continuing Forsythe’s legacy in the real estate and appraisal industry. In the next two decades, Tim Forsythe earned his SRA and SRPA designations and purchased Forsythe Appraisals, becoming its CEO in 1993.

As CEO, he set up the framework for aggressive expansion and guided the company’s growth with branch offices ultimately serving metropolitan areas throughout the continental United States.

In October 2011, he stepped down as CEO, turning the reins over to his brother and company President John Forsythe, and taking on his current role as senior director of customer development.

As a key member of the executive management team, Alan Hummel is responsible for the development and implementation of appraiser training programs and quality control initiatives for branch offices nationwide.

For more than 30 years Hummel has provided appraisal and consulting services for a diverse clientele in the field of mortgage lending, litigation support and regulatory compliance activities.

He has served as the national president of the Appraisal Institute and as a member of its executive committee and board of directors.

He has also testified before the United States Congress on mortgage fraud and appraisal issues and currently sits on the federal Appraisal Subcommittee’s Advisory Committee for Development of Regulations.