Jonathan F.P. Rose’s business, public policy, writing and not-for-profit work focuses on creating more environmentally, socially and economically resilient cities. In 1989, Mr. Rose founded Jonathan Rose Companies LLC, a multi-disciplinary real estate development, planning, project management, and investment firm, to address the challenges of the 21st century. Jonathan has led the firm’s vision, program and growth, developing award winning new projects, investment funds and city plans to model solutions integrating the issues of affordable housing, community development, culture and the environment. The firm is one of the largest acquirers of affordable and mixed income housing in the nation. The firm’s innovative work has won awards from a wide range of notable organizations including: the Urban Land Institute, the National Trust for Historic Preservation, the Natural Resources Defense Council, the American Planning Association and the American Institute of Architects. Mr. Rose also advises global cities on planning, affordable housing, environmental, and social issues. Mr. Rose’s book on how to create resilient cities, The Well-Tempered City: What Modern Science, Ancient Civilizations and Human Nature Teach Us About the Future of Urban Life, was published by Harper Wave in 2016, and won the 2017 PROSE Award for Outstanding Scholarly Work by a Trade Publisher. After His Majesty The King of Bhutan read the book, Mr. Rose became an advisor for the Government of Bhutan on its urban planning and other issues. Mr. Rose frequently lectures at graduate schools of business, environment and architecture on affordable housing, community development, smart growth and the environment. In 2015, he held the Yale School of Architecture’s Edward P. Bass Distinguished Visiting Architectural Fellowship. Mr. Rose has testified before U.S. Senate and House Committees on housing, infrastructure and environmental issues, and served as an Advisor to the White House Office of Urban Affairs. He currently serves on the Second District Advisory Council of the Federal Reserve Bank of New York. Mr. Rose is a Trustee of Enterprise Community Partners and The Capital Institute. He and his wife Diana Calthorpe Rose are the co-founders of the Garrison Institute and he serves as Chair on its Board. The Institute connects inner transformation with outer solutions to relieve suffering in the fields of trauma, education and the environment. He is an Honorary Member of the American Institute of Architects and Honorary Trustee of the American Museum of Natural History, Jazz at Lincoln Center and the Brooklyn Academy of Music. Mr. Rose chaired the Metropolitan Transit Authority’s Blue Ribbon Sustainability Commission, which developed the nation’s first green transit plan, and was a commissioner on Governor Cuomo’s NYS 2100 Commission, tasked with identifying strategies for the long-term resilience of New York State’s infrastructure post-Hurricane Sandy. Mr. Rose graduated from Yale University in 1974 with a B.A. in Psychology and Philosophy and received a Masters in Regional Planning from the University of Pennsylvania in 1980. Mr. Rose plays bass and harmonica in the jazz/blues/raga band Jog Blues. 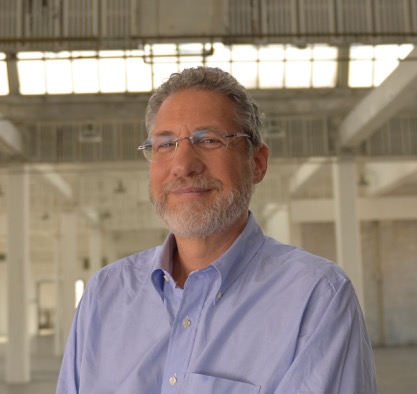