On Thursday, the gross domestic product data for the third quarter showed the U.S. economy grew at a rate of 2.6%, breaking the negative GDP streak we had in the past two quarters. Does this mean the Federal Reserve needs to hike rates even more to get the recession they’re looking for, or is there a case for mortgage rates to go below 6% over the next six months?

Let’s just say, things have been wild with the bond market and mortgage rates all year! The softer economic data we had early in the year didn’t matter: Mortgage rates and bond yields have risen all year long even with back-to-back negative GDP reports in the first and second quarters. 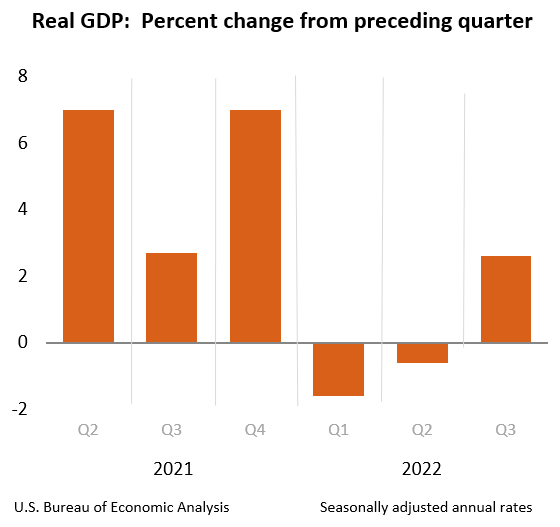 Once the Fed pivoted toward aggressively fighting inflation and the Russian invasion of Ukraine happened in March, many things changed for mortgage rates and the bond market. 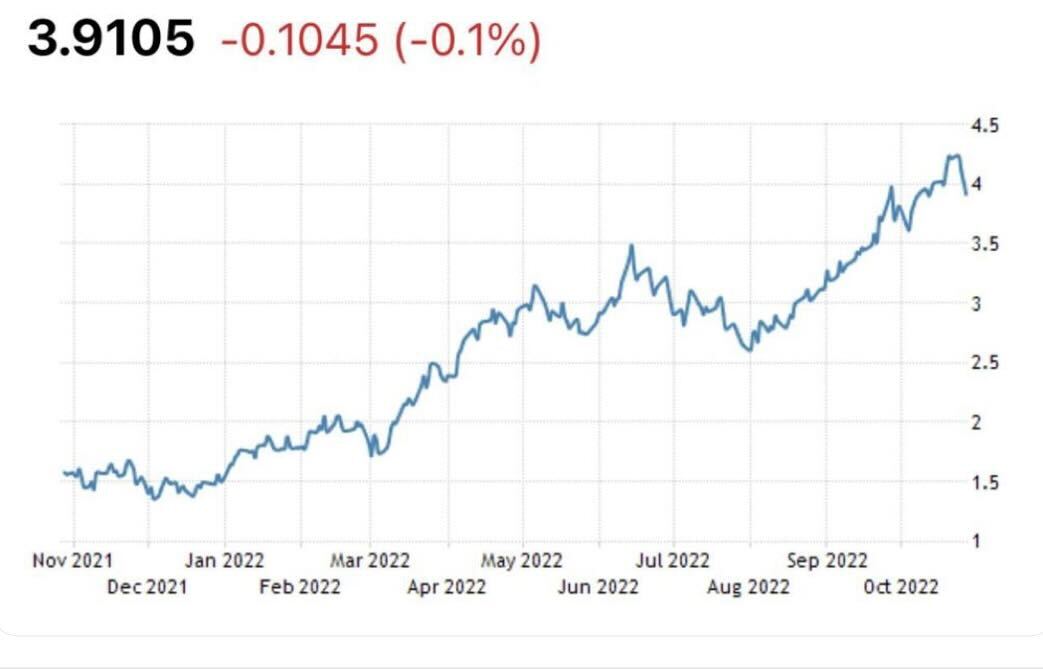 While the headline inflation data is cooling off its torrid pace, the core side of the equation is still rising. As we can see below, housing is 42.2% of the weighting in core CPI, and shelter inflation has the legs in 2022 to keep growing, since this data line lags. I was on CNBC in September before the CPI data was released to explain how this works. 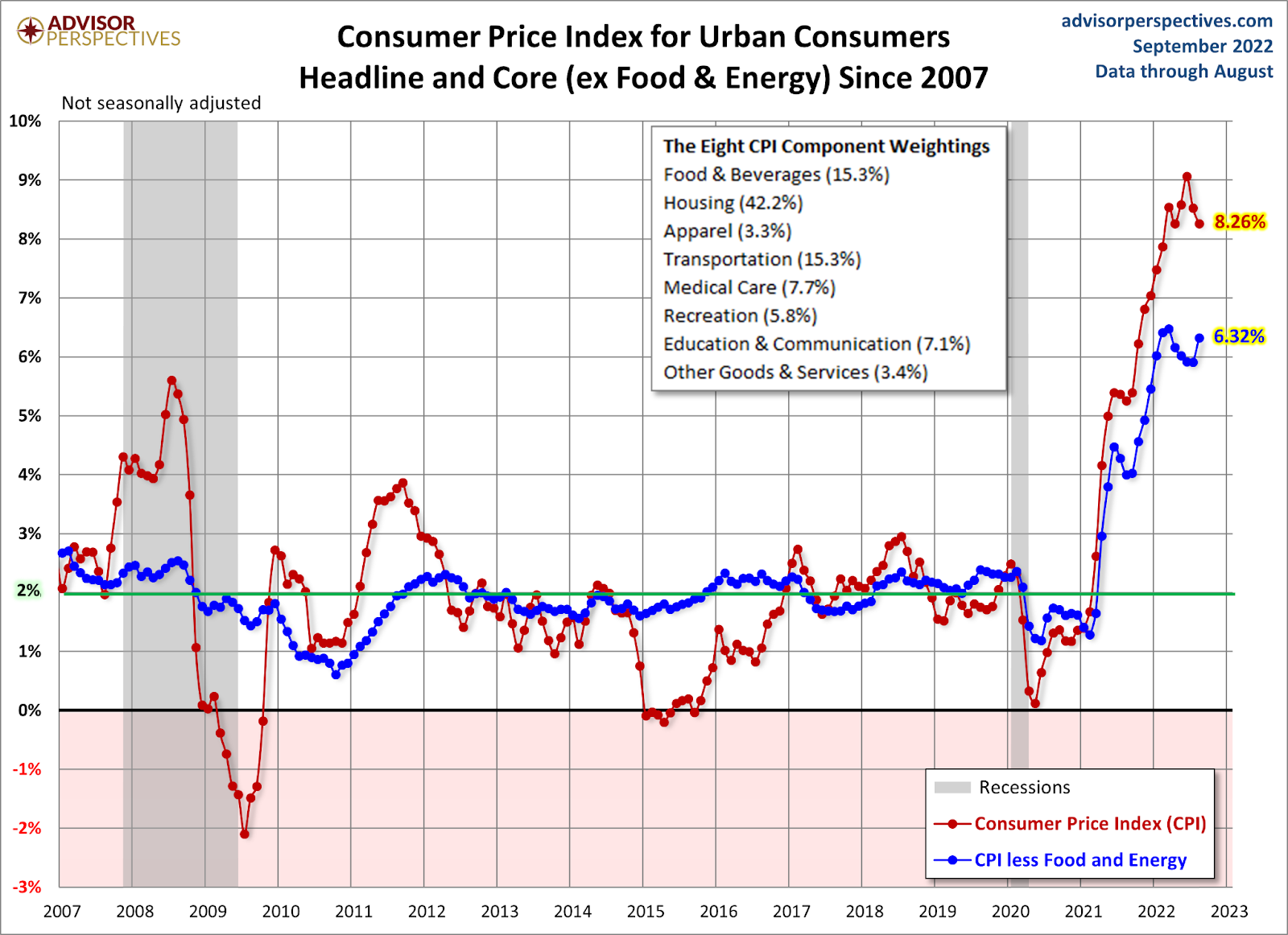 The Federal Reserve has become a single-mandate Fed, primarily focused on fighting inflation, even to the point of saying we need higher unemployment to decrease inflation. So regardless of the economic data — the bond market, the Fed rate hikes, and the U.S. dollar have been rising together, ignoring the weaker economic data trends.

The Fed believes they can continue to hike rates because the labor market is solid, and they’re right. Job openings are still over 10 million today, and jobless claims are below 220,000, a historically low level.

I raised my sixth recession red flag on Aug. 5. The last time I had all six red flags raised was in late 2006. This is important because we had negative GDP data in the first two quarters of this year, which is why people said the U.S. was in a recession. However, the internal data lines, such as jobs, production and consumption data, weren’t as negative. We have created 3.8 million jobs so far this year, that means the U.S. isn’t in a recession.

However, the U.S. housing market is in a recession because all four factors were evident in June of this year: a drop in sales, production, jobs and incomes.

However, now the Fed is fighting inflation and has even said it won’t cut rates even if we are in a job loss recession as long as inflation data is high. I don’t actually believe them when they say this, in fact, I have written that when jobless claims data breaks over 323,000, the Fed’s aggressive tone will change with the job loss recession.

The mortgage market is broken — for now

The spread between the 10-year yield and 30-year mortgage rate has been blown out this year in an epic fashion, much like what we saw during the brief COVID-19 recession. If the Federal Reserve wanted to help the housing market get back in line, they could do so by making one statement that they would buy mortgage backed securities, and the spread would collapse.

If that happened, then mortgage rates would fall by themselves even if the 10-year yield doesn’t go lower. However, the Fed has said we are in housing reset mode, so don’t look for the Fed to help here.

The spread is getting a tad better on its own. However, we are far from the normal range of 1.6% – 1.8% spread between the 10-year yield and mortgage rates. We got to 3.0 recently, this shows you how stressed the market is. I mean, it’s a historical event. Going forward, if the spread gets better on its own, mortgage rates can fall without too much help from the 10-year yield because of the wide gap.

In 2021, we didn’t have the big Fed rate hikes in place, and some of the inflationary data were still smoking hot. That’s not the case anymore as the Fed has aggressively raised rates this year in their fight to defeat inflation.

The Fed’s favorite recessionary indicator is the 10-year yield minus the 3-month Treasury, which just recently flagged a recession. This is what the Fed has looked at in the past and has talked about as one of their leading indicators for a job loss recession.

The growth rate in inflationary data, which was steaming hot in 2021, is starting to cool down. The cost to ship stuff from China to the U.S. has dramatically fallen, used car prices are rolling over and we have seen a lot of big shops talk about discounting stuff to get rid of excess inventory.

The one data line that still has legs until 2023 is shelter inflation in CPI. Even though we see a lot of new data lines showing the growth rate of shelter is fading already, for the CPI data, it’s going to be more of a 2023 story, especially in the second half of 2023.

Also, a job loss recession will impact these data lines more, hence why the Fed wants to see the unemployment rise. I have seen comments by the Fed acknowledging that the shelter inflation lags, so they know this data line should look much different come Halloween 2023. I recently wrote about this topic, with the construction of 910,000 two-unit homes that the builders need to get to the market next year. This should also help with slowing down shelter inflation. 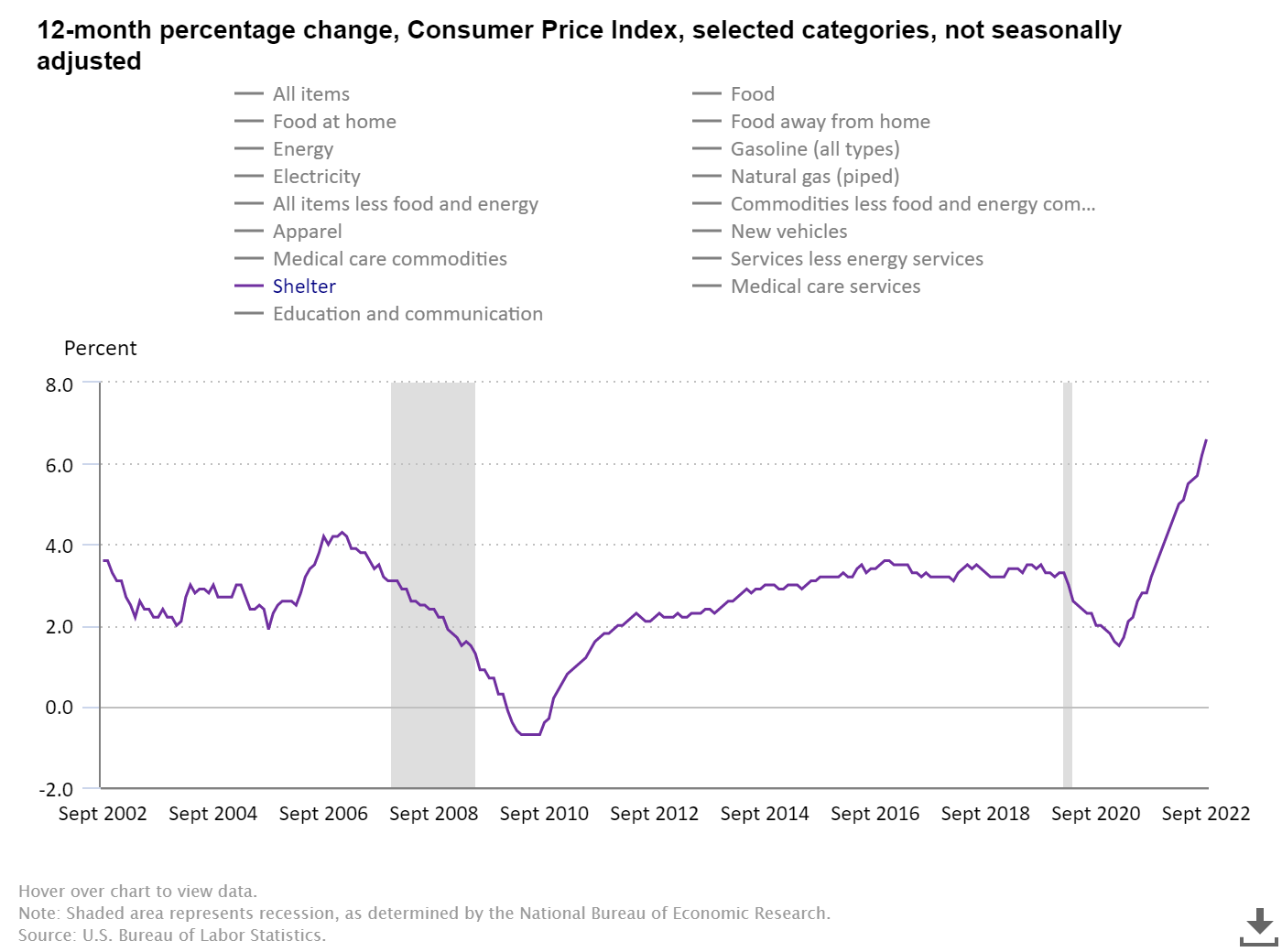 As you can see, the historical rise in mortgage rates this year is truly an unprecedented event. Hopefully, you can see the difference between the market data and what we saw in October 2021. So, even though today’s GDP report was positive and the labor market is firm, we see weakness in some of the economic data lines.

My six recession red flag model was raised on Aug. 5, and the Fed’s market indicator raised a recession red flag this week. The leading economic index has shown a lot of weakness this year, which ties nicely with historical economic cycles. So while the general economy isn’t in a recession, it’s weak enough to get the Fed thinking that they’re close to the end of the rate hike cycle, like they have talked about for some time.

They believe they can fight inflation better with a job loss recession, and they’re getting closer to their true wish. When that happens, some inflationary data showing a slowdown should keep slowing. The bond market should rally enough to get mortgage rates below 6%.

The Fed has noted that they’re keeping an eye out on the housing market since it makes up 20% of the economy, and they have the tools in hand to get housing out of its current recession. We aren’t there yet, but the above considerations are something to think about for next year.

What I have seen in the data is that housing stabilized when rates got to 5%. I believe the Fed saw this, too and they were upset. Next year, I expect we will have an entirely different conversation about rates and the Fed.

Andrew Marquis, regional VP at CrossCountry Mortgage, shares his plans for making up the losses he saw in 2022.