In the last few months in my articles for HousingWire, I have written that monthly supply has been rising and that this increasing supply was the most critical metric for the housing market, specifically the new home sales market.

According to the recent Census report, the three-month average is now at 5.53 months, which puts inventory right back into the range we had in the previous expansion.

Rule of thumb always with a three-month average:

Remember, having models keeps you in line and check with the data and the new live variables. This was a significant factor in the America is Back recovery model written April 7, 2020, which the NBER has now declared when the recession ended.

From Census: For Sale Inventory and Months’ Supply: The seasonally‐adjusted estimate of new houses for sale at the end of June was 353,000. This represents a supply of 6.3 months in the housing market at the current sales rate.

This means we are back to “normal” inventory levels in a normal housing market. The payback for the builders may be coming to a close. The builders have been taking advantage of the low inventory to make as much money as possible by padding their margins. Even with lumber prices rising, their customers had no choice but to pay the upcharges.

In the previous expansion from 2008 to 2019, the builders didn’t have that kind of pricing power. But from 2020 to 2021, when existing home inventory collapsed, the builders had a captive market. People need shelter, so they were willing to pay up for a new home.

Post-1996, when mortgage rates made another leg lower and demand got better for housing, you can see that when things are really good for the builders – monthly supply at 4.3 months and below is the sweet spot. The previous expansion, which I’ve said was the weakest recovery ever, never achieved that status, but sales levels were so low that we had legs for slow and steady growth for a while.

The new home sales data looks similar. When we had an uptrend in sales, monthly supply data was low. When sales moderated, inventory increased.

When we take a longer-term look at new home sales, we see that from 2008 to 2019 sales were slow but stable. Sales missed estimates in 2013, 2014, 2015, and 2018 and it didn’t impact the uptrend in sales. This lengthy period of slow sales provided a low bar for comparison. We no longer have that low bar in this housing market. This means that builders are more mindful and will be more conservative with starting new projects, especially if monthly supply data gets above 6.5 months on a three-month average.

I have talked about a theme of moderation in all housing data since last summer, and that is what we are seeing. Once supply gets over 6.5 months, the builders will halt their growth in construction because they don’t have any tolerance for margin compression. Builders only build off their demand curve. The builders have been doing an excellent job for their shareholder and their bottom lines, especially with the rise in cost.

For some time, the builders had been providing smaller homes into the sales mix, which I believed was one of the more positive things to happen in housing post-2014. However, that might be changing if Americans go back to wanting bigger homes because they are now working from home or for other reasons. Part of why median sales price growth cooled down was that smaller houses were added into the sales mix; the price breakout since the end of the recession is very glaring.

The existing home sales market has moderated but not as much as I thought it would have; however, we still have a few more months left in the year. That marketplace monthly supply data doesn’t have the same spikes as we see in the new home market. These are two very different marketplaces; don’t look at them in the same way.

For the most part, we are back to a dull, slow new home sales market, which will continue along its sluggish path as long as the supply remains at levels we had during the previous expansion. Lumber prices collapsed recently, which should manifest in lower new home prices as you can see buyers finally stepped in, which should bring lower-priced products into the supply. 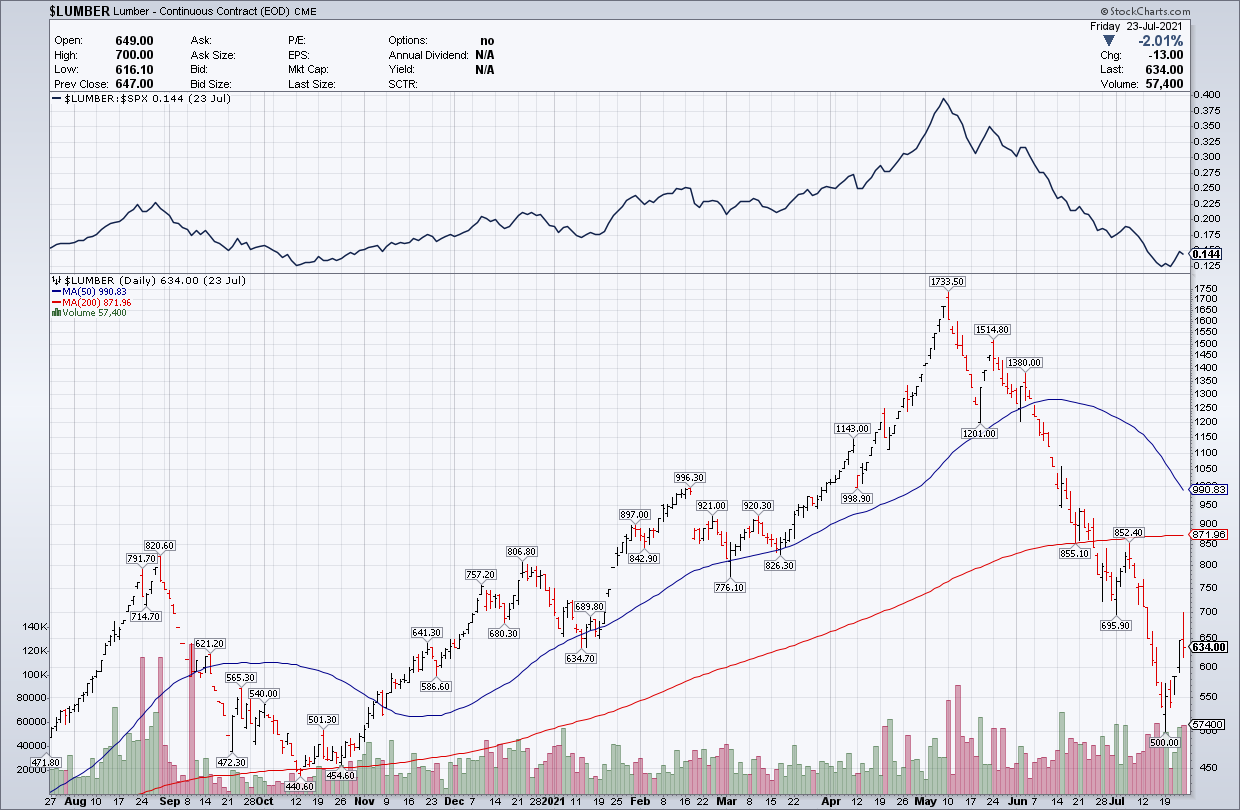 For the future, I expect to see price growth for new homes cool down because the builders have already pushed the cost on the consumer so much that even they’re mindful of it going ahead.

As long as total sales for new and existing homes combined are over 6.2 million, then that is a beat by my estimates. We have favorable demographics for housing in the years 2020 to 2024, so we should have those total sales numbers every year. The only thing that can dampen this is if home prices escalate out of control and rates make a sharp move higher. But 2020 to 2021 still looks like a beat for me, but we can see how an unhealthy market price can happen for housing quickly.