Just last week, a story came to light suggesting that Baby Boomers were clogging up the housing market with their preference to age in place.

A Freddie Mac analysis revealed that Boomers’ decision to stay put as they age is keeping 1.6 million houses off the market, creating what The Chicago Tribune called “near-gridlock” in the market.

But just where are these Boomers concentrated? 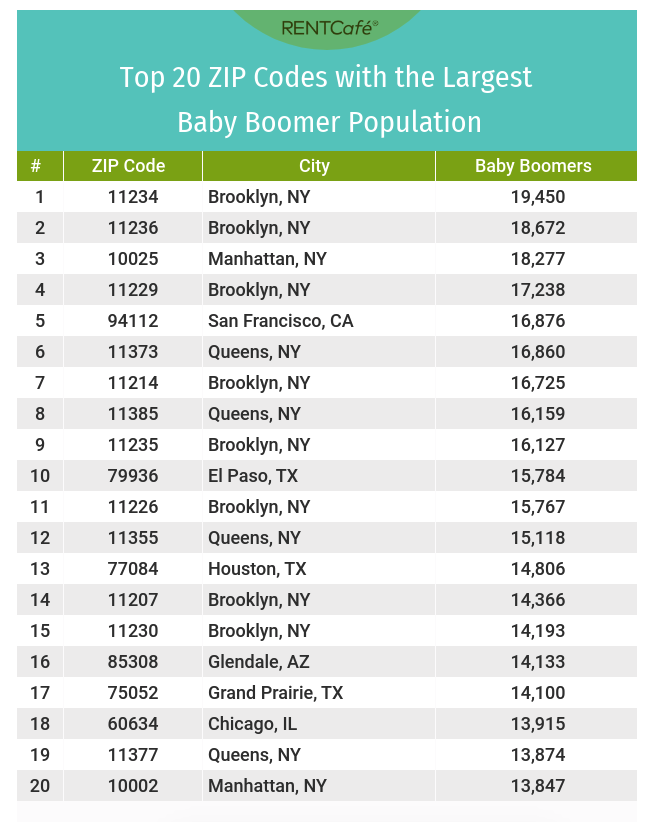 A recent survey by RentCafe, which looked at U.S. Census data in 250 of the largest U.S. cities, highlighted the ZIP codes with the great populations of Baby Boomers, as well as the ZIPs with the greatest increase and the greatest share of older residents. 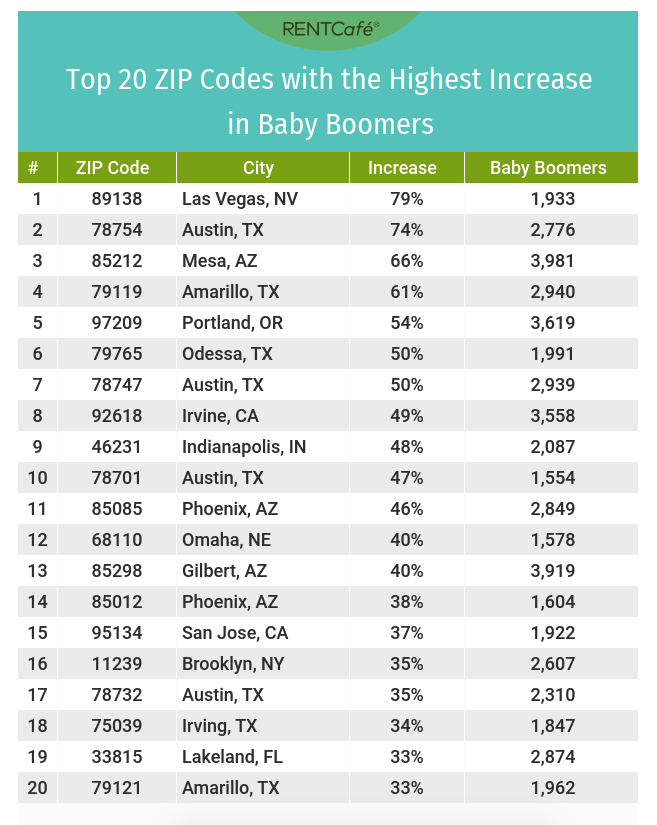 In fact, contrary to the belief that many older Americans decamp for Florida in their later years, New York is home to the largest Boomer population, with New York City alone housing nearly half as many Boomers as the entire state of Florida – 1.4 million versus 3.9 million, RentCafe revealed.

Among the ZIPs that have witnessed the greatest influx of Boomers as of late, Las Vegas wins, with RentCafe naming it the trendiest city for this generation. 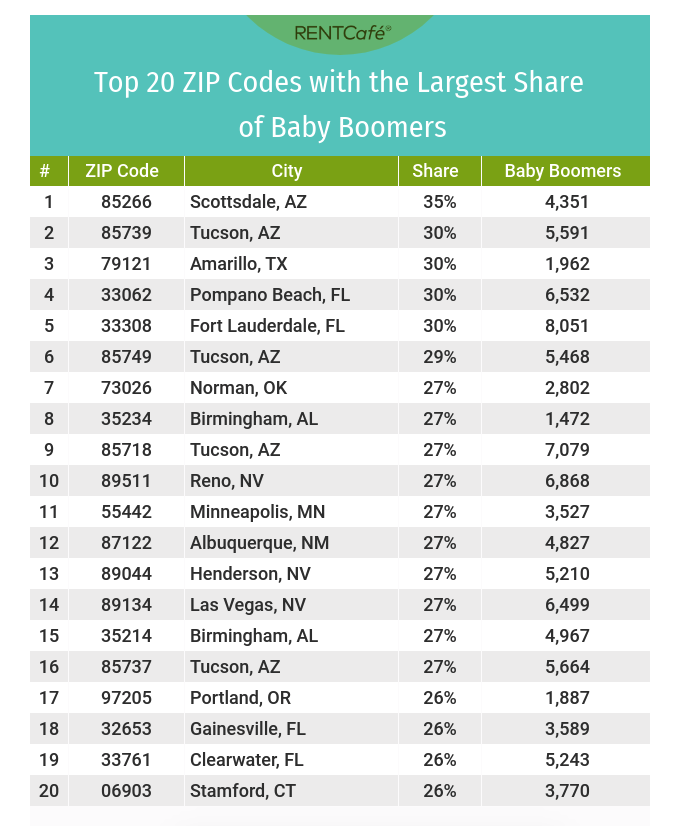 Austin, Texas, was not far behind, posting a 74% uptick in Boomer residents and coming in just 5 points behind Vegas. (See RentCafe’s second list to the left; click to enlarge.)

Of course, the states that have historically had a great number of older residents continue to be an attraction, with Arizona and Florida ranking high on the list of ZIPs with the greatest share of Boomer residents. (See RentCafe’s third list to the left; click to enlarge.)