A seven-bedroom Hamptons beach house listed for $42.5 million sold on Thursday. A real estate professional who asked to remain anonymous told HousingWire the property sold for “very near” its asking price, declining to be more specific. The documents citing the exact price and the buyer haven’t yet posted.

The listing price was 56% above the $27.5 million the seller, billionaire Michael Smith, paid for it in 2015. The natural gas tycoon spent $10 million during the intervening years renovating the house using Hamptons contractor Ben Krupinski, whose clients include Hamptons celebrities such as Christie Brinkley and Martha Stewart.

The 7,360-square-foot house has seven bedrooms, eight full bathrooms, two half-baths, radiant heat on all floors, a smart-home lighting system, vaulted ceilings, and floor-to-ceiling windows. At the top of the home, there’s a roof deck that has an outdoor kitchen with a pizza oven, a bar, and two TV viewing areas. At the back, facing the ocean, there's an infinity-edge pool, a dining area, and about a dozen chaise lounges. It’s all set on a 1.4-acre beachfront lot near the spot where the Sagaponack Pond opens to the ocean.

This top-tier sale isn't indicative of what's happening in the broader market. Hamptons home sales have been lethargic since the passage of the federal tax reform at the end of 2017 that made it more expensive to own luxury property in states like New York. Sales of single-family homes dropped 18% in the first quarter compared to a year earlier, according to a report from Miller Samuel and Douglas Elliman Real Estate.

The list price of the $42.5 million property was about 25 times the $1.69 million average sale price of a Hamptons home in the first quarter.

Here's what the view looks like, taken from the back patio looking out to the Atlantic Ocean: 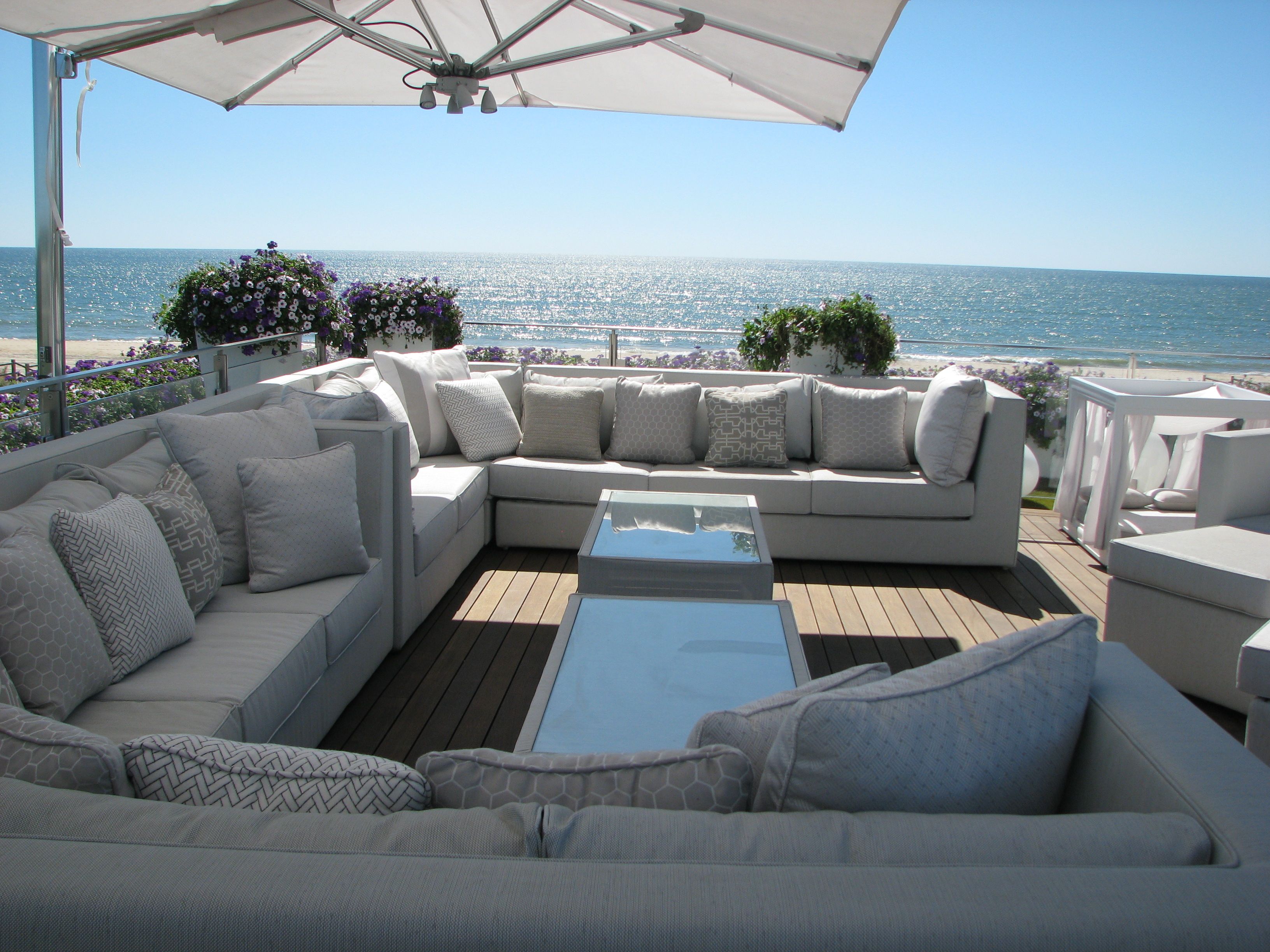