Although the housing market cool down has seen home price growth slow and inventory dwindle, recent data from Zillow suggests an oncoming wave of first-time buyers could turn things around.

According to Zillow’s analysis, an extra 3.11 million people at prime first-time home-buying age are projected to enter the market by 2028.

While it’s not certain if each of these people will purchase a home, Zillow claims the sheer heft of their numbers will impact the market.

“It’s a comforting idea in a quickly cooling housing market that there is significant structural, long-term demand moving into homebuying,” Zillow writes. “This increases our confidence that the slowdown will correct itself before too long.”

According to Zillow’s data, this demand will predominately come from America’s Millennial generation, which accounts for more than one-quarter of the U.S. population.

"Millennials hold such fascination partly because they are a massive generation, and that generational heft has yet to fully hit the home-buying market," Zillow writes. "The largest 3-year cohort in the U.S. is only 24 to 26 years old, yet the median age of the first-time home buyer is 34."

In order to measure this generation’s impact on housing, Zillow compared the size of those aged 35 to 44 to those aged 24 to 33, labeling the younger generation as “up-and-coming” first- time buyers.

According to Zillow’s data, the presence of “up-and-coming” first-time buyers will not only drive home price growth but rent prices as well.

“Younger generations’ persistence in the rental market will continue to put pressure on those markets despite all the new apartment building,” Zillow writes. “This is a huge generation and the rate of multifamily building, as aggressive as it seems for anyone watching the skylines of urban areas, does not make up for years’ worth of shortfall when more capital was being directed to single-family building during the housing bubble.”

The image below highlights the oncoming wave of potential homebuyers: 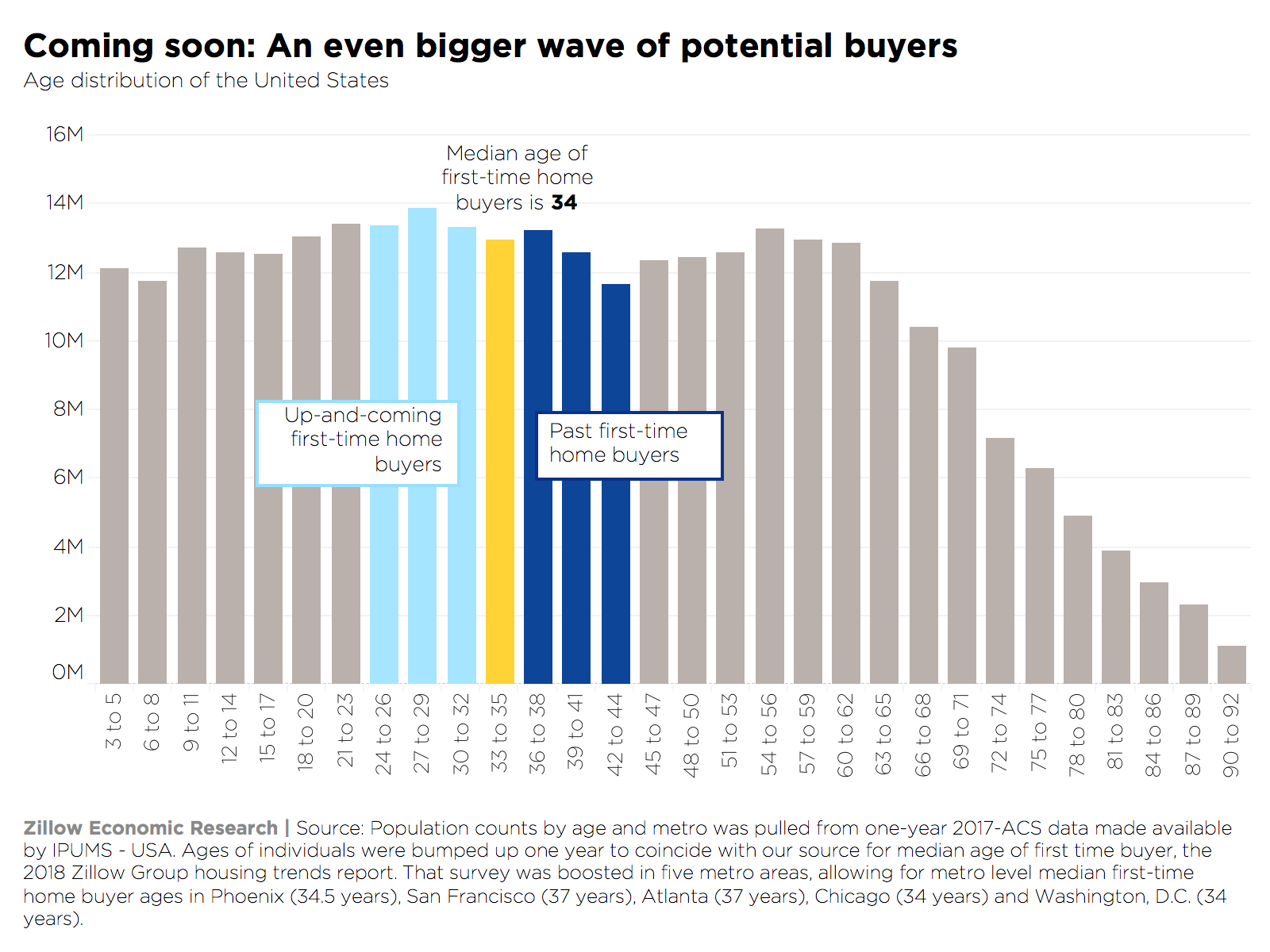 Two dozen industry groups have joined forces to oppose any plan to raise Freddie Mac and Fannie Mae guarantee fees to pay for an infrastructure package.