Additionally, the price of a two-bedroom apartment declined more than 2%, falling even further from March's 0.6% decline.

Unfortunately, rent prices ticked up in other parts of the U.S., as the price for one- and two-bedroom units increased 0.1% and 1.2%, respectively.

“The rest of the country saw some relief as well since it had the smallest number of cities with double digit year over year rent growth in the past 12 months at least,” Zumper writes. “Only a handful of cities saw large year-over-year growth rates, a vast difference from a few months ago. Meanwhile, Bakersfield had the fastest growing one bedroom rent last quarter, up 5.4%, while Louisville took the largest rent dip, down 5.3%.”

The chart below displays the 25 most expensive rent markets and how they moved in April, according to Zumper. 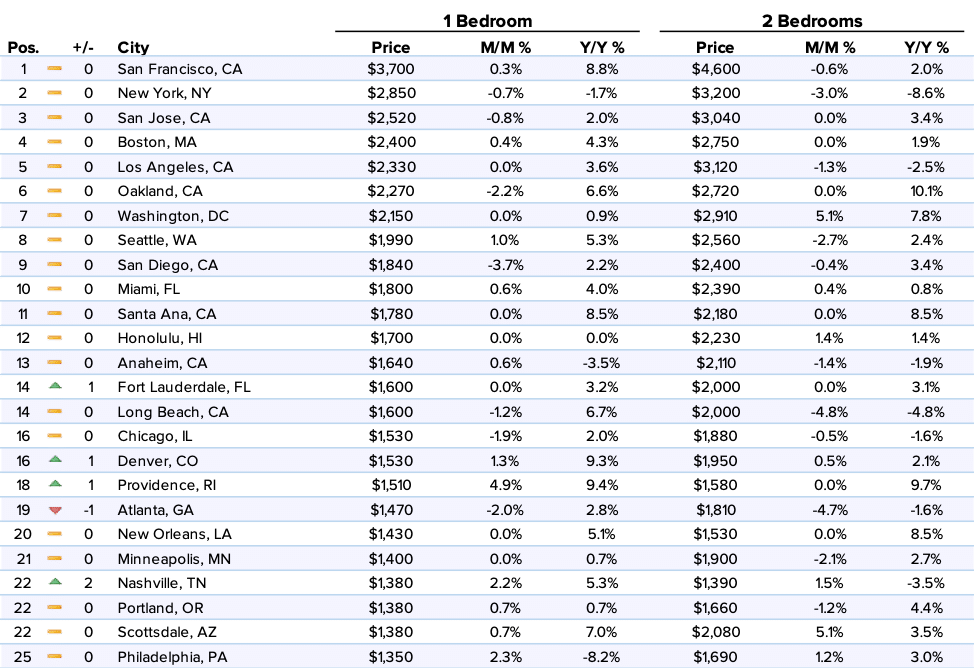