During a time in the mortgage market where companies are seemingly chasing after the same borrowers and basis points, it is no surprise that the search is on to capture additional business.

Attend any of the myriad of mortgage conferences available, you will find there is a common theme that has been emerging for the last several months: “niche.” Niche products are easily definable as any product that does not fit into the credit box for delivery to the GSE’s, whether it be subordinate liens, jumbo, reverse mortgages or products with recent credit or housing events. The biggest niche product of all, however, just may be non-QM (depending on who you ask). So why is it taking so long for non-QM products to become more widely adopted by lenders, and will 2019 be the year where it all changes? 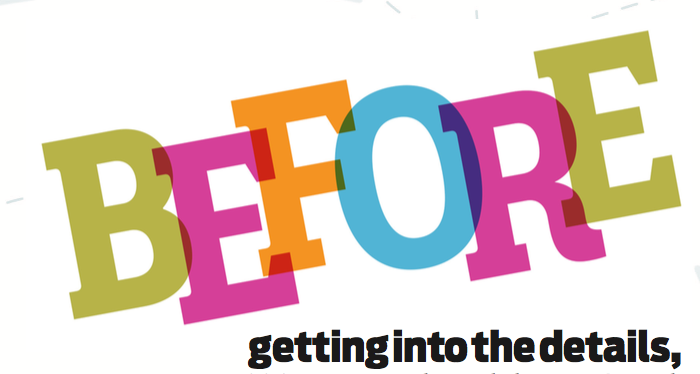 it is important to understand what a non-QM product is. With the advent of the Dodd-Frank Rule in 2010, Title X was established to create the Consumer Financial Protection Bureau. Title XIV of Dodd-Frank governs the ATM/QM Rule, which clearly defines the loan characteristics required for a loan to be considered a “qualified mortgage,” such as:

Without a QM designation, lenders are exposed to increased liability and risk if a borrower defaults on their loan. This is because the borrower can claim that they were sold a loan that they could not afford, and the lender did not adequately determine and document that the borrower could repay their debt. If a lender is unable to prove they documented the borrower’s ability to repay, they will be found in violation of the ATR/QM rule.

Does this mean that if a loan is deemed non-QM, it is considered a bad loan? No, and there are several primary and secondary marketing investors who have made non-QM products the focal point of their production line. With a wide variety of delivery options available (broker, non-delegated and delegated correspondent), coupled with new tools that help automate the underwriting process, lenders are feeling more comfortable venturing into this space. As more investors play in this space, competition becomes fiercer, which is only a good thing for lenders, as it will bring the rates down to areas that are more palatable for borrowers.

Not your father's subprime

Many lenders are quick to equate non-QM loans to the subprime loans that were largely responsible for the housing collapse in 2008, but the reality is that non-QM loans have a real need in the housing ecosystem. In looking under the hood of the non-QM products available today, and it is easy to see that most of the loans under this product set are just a hair outside of the QM box. When the box is so small to begin with, it does not take much for a loan to spill out into the non-QM space.

What most lenders don’t realize, however, is that non-QM is not always subprime, and many borrowers who opt for these loans are very savvy, have a ton of money in the bank, and are otherwise being penalized for having an alternative income source. As the market continues to focus on QM lending, the availability of credit for otherwise creditworthy borrowers falls even further behind. Slap on the stigma that non-QM carries with it, and it is no surprise that many lenders are cautious to get into the fray.

Of course, subprime lending does still exist, and there are hard money investors out there who have the risk appetite to venture into far riskier loan types 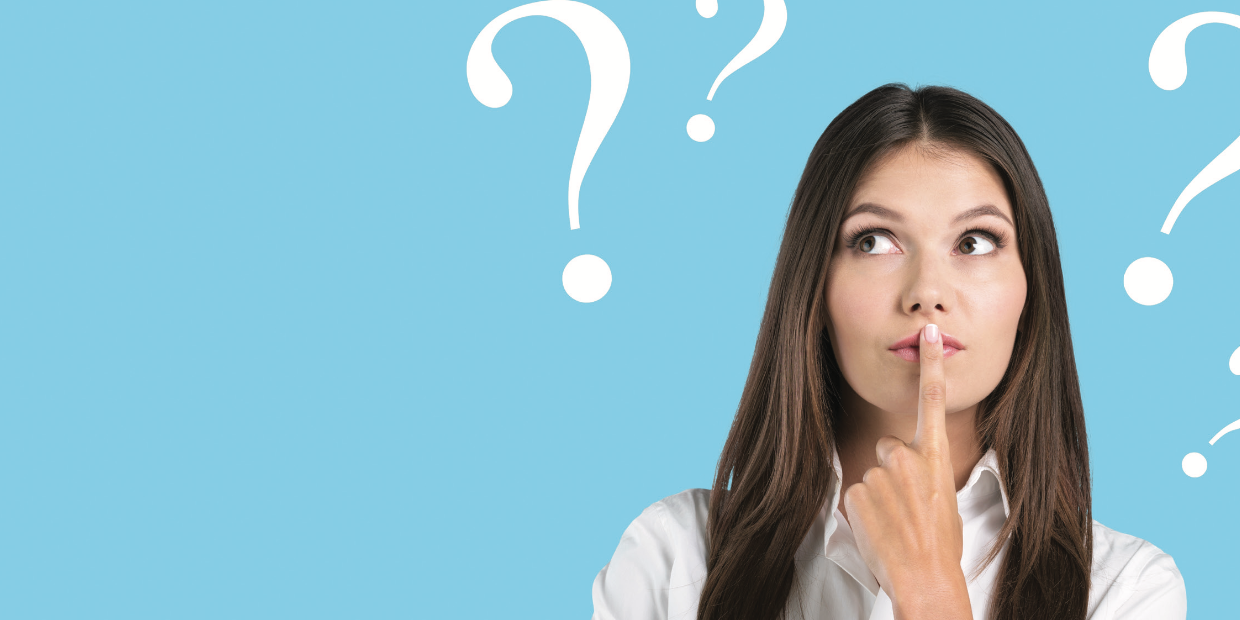 (think stated income.) With that said, most non-QM lending is coming from a common-sense approach of defined underwriting standards, coupled with ensuring loans are still meeting the Ability-to-Repay rule.

One of the top non-QM lenders in the market today is NewRez, (formerly New Penn Financial), which has been so successful in originating in this space that they participated in a few securitizations in the last two years. The contents of NewRez’s first non-QM securitization, (New Residential Mortgage Loan Trust 2018-NQM1) was made up of 581 loans, for a total volume of $310.74 million. About 74% of the pool was designated as non-QM. Of that 74%, 28% of the pool consisted of loans that carried a DTI that was higher than 43%, with 5% of those loans carrying a DTI of 50%. The one item to note is that borrowers in the pool were able to sufficiently document over $234,000 in liquid reserves. The high amount of liquid assets, combined with the weighted average (WA) credit score of 731 and the WA combined loan to value ratio of 73%, prompted Fitch Ratings to assign a AAA rating to the senior-most class of A-1 notes. While 54% of the loans were made to self-employed borrowers, utilizing the company’s reduced documentation bank statement program, the rating agency assigned the bond of having near prime credit quality.

These findings are certainly not what one would expect when thinking of a subprime product, which further demonstrates that non-QM does not necessarily belong in the same kind of category as no-documentation/no-verification products. Granted, Fitch did assign an assumed probability of Ability-to-Repay claims that was two times the normal probability, which was due to the reduced documentation that was used to qualify the income of those loans who were underwritten to the bank statement program. Yes, non-QM is still a risky product, and the level of perceived risk needs to be considered when lenders decide whether to offer these products to their loan officers.

Lisa Schreiber is the senior vice president of correspondent lending with NewRez, and has been with the company for nearly a year. During this time, she has helped spearhead the evolution of their non-QM product suite, known as the Smart Series. According to Schreiber, their most popular non-QM products are their bank statement and investor products. Schreiber has been on the front lines of the non-QM movement since 2014 and is able to provide keen insight o

n how this product has evolved over the years, and what the future could look like.

As lenders continue to determine if offering non-QM products makes sense, there are several barriers that used to hinder this expansion that are longer in play.

In the past, there were barriers of entry involving finding warehouse lenders that would house these loans, along with the uncertainty of production value, Schreiber said. Those barriers have gone away, and many lenders now see the value of these products in recruitment and retention. Now, they are looking for ways to implement the products effectively and efficiently with a partner that has expertise.

Lenders who have been on the sidelines, waiting to get into the game, could benefit from creating a non-QM working group. This group would be responsible for fully vetting the non-QM needs of the lender, in 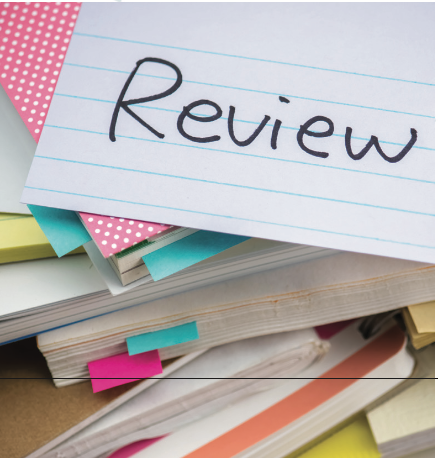 addition to identifying the risk appetite and platform that would be serve their needs. If the working group can develop a strong business case, show empirical data to justify the risk of offering, and can align with like-minded investors, venturing into the non-QM space could be a win-win for all involved.

Still, lenders are wary of underwriting and documenting the ability-to-repay, combined with the risk of having a non-QM loan stuck on their warehouse line. If a lender is new to the non-QM space, it might make sense for them to walk before running, by partnering with a wholesale lender that can take on most of the originating risk. The lender would not have to worry about warehousing the loans, as the wholesale partner would fund them.

“Factors to consider when finding a non-QM investor are product training, marketing, having access to operational tools like a non-QM AUS and support desks,” Schreiber said. “Overall, there should be the assurance that loans originated will be purchased quickly.”

At the end of the day, perhaps the most important aspect when it comes to finding a non-QM investor is that the investor provides the lender with a level of comfort that comes with being on the same page regarding risk appetite and providing a quality service to borrowers.

The future of non-QM in an un- known universe

The future of non-QM is a bit hazy, in that the very definition of what makes a loan non-QM could change. Throughout 2018, the CFPB issued a series of twelve requests for information, aimed at seeking comments on the practices of the bureau and the laws that the bureau oversees.  One of these RFI’s covered adopted regulations and new rulemaking authorities, of which the ATR/QM Rule would live. In response to the RFI, the Mortgage Bankers Association issued recommendations specific to the treatment of non-QM loans.

In a recent white paper issued by the MBA entitled The Roadmap to CFPB 2.0, the issue with the ATR/QM credit box and how it has negatively affected access to credit is explained a bit deeper.

“The uncertainty surrounding the potential liability associated with non-QM lending has impeded the development of a robust secondary market for non-QM loans, motivating most lenders to concentrate, mostly exclusively, on QM lending,” the white paper explained.

Until the CFPB provides a clear rule change that solves for this disparity, the need for non-QM loans for creditworthy borrowers will not be going anywhere.

The version of non-QM products we now see today have been in existence for nearly five years, which means we are able to glean from years of borrower payment data to determine the rate of delinquency.

According to recent data from DBRS, the majority of loans have remained current since origination, and 60-day delinquency is hovering around 4% (data is as of August 25, 2018). Compared to the delinquency rate for conventional loans at 3.45% and FHA loans (8.7%), it is easy to see that non-QM loans are performing at or better than experts’ expectations.

“If you think about it, these loans may be fully documented, or when utilizing alternative documentation, are well-constructed,” Schreiber said. “The risk factors, including the ability to repay, are addressed, and in some cases, are documented more than agency products. It shouldn’t surprise anyone that these loans are performing.”

Prepay speeds are hovering between 30% to 40%, which is high, but this is most likely due to borrowers being able to correct credit issues and refinance into a lower-rate agency product.

What does the future of non-QM look like? In one universe, the CFPB re-writes ATR/QM, and non-QM may evolve (or devolve) back into a true subprime product. In our current universe, it is business as usual, albeit a business that continues to struggle with market compression, tight credit guidelines, and an uncertain economy. The next 12-18 months will be the true test of market-wide adoption and the embracing of non-QM.

In her final thoughts, Schreiber said she sees non-QM no longer being an anomaly, but a product that is offered by most lenders.

“Additionally, those lenders that were initially unsure of offering in-house will move to banking the products instead of brokering them out, effectively offering more structure and competitiveness to their loan officers,” she said.

Venturing into unfamiliar territory is always scary and entering the non-QM space is no exception. While the purpose for these products is to provide real solutions for borrowers who do not fit into the agency credit box, if they are not managed correctly, there is also a real risk of damaging an entire organization. The exposure to reputational, compliance, operational and financial risk is great, and is further compounded by faulty and lacking controls. With that said, lenders who employ sound compliance practices can benefit greatly from adding non-QM products to their loan officers tool belts. Lenders just need to remember that they are in control of how much (or how little) risk they are willing to expose themselves to, and with the right investor partner, originating non-QM loans truly can be a win-win for all involved.