In March, the nation’s home-sale prices remained virtually stagnant, inching backward only 0.1% from 2018 levels, according to new data from Redfin.

This means U.S. home-sale prices reached a median of $295,000 in March, marking the first year-over-year price decrease on record since February 2012.

Despite this decline, Redfin’s data determined that only nine of the 85 largest metros saw a year-over-year decline in their median price.

This was especially so for San Jose, California, which saw its home prices fall 13% in March. That being said, other California cities like San Francisco experienced declines as little as 1%.

However, large markets on the East Coast saw big annual sales gains, as market affordability worked in their favor.

“Homebuyers have backed off in West Coast metros where home prices have risen far out of their budgets,” Redfin Chief Economist Daryl Fairweather said. “The opposite is happening in more affordable metros where buyers are eager to buy now to take advantage of low mortgage rates. In California, where the tax burden is high, some people are finding they have to move out of state to afford to buy a home. As a result, home sales are down in metros throughout the state.”

In fact, Redfin’s analysis indicated March’s home sales fell in 37 of the 85 largest housing markets. Whereas, only 24 of these markets saw double-digit year-over-year increases in home sales.

Interestingly, the housing markets that did experience the biggest declines features homes that were 2.5 times more expensive than homes belonging in areas where sales surged, according to Redfin. 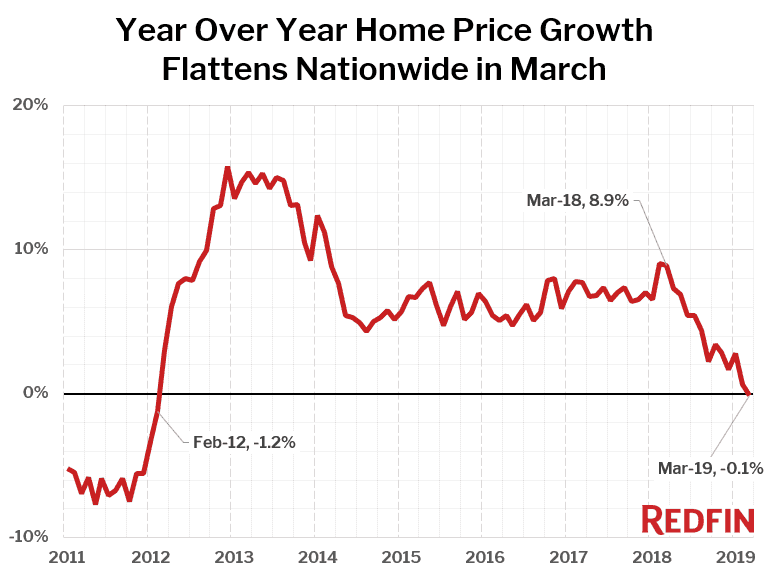