Mortgage rates rose for the third consecutive week without regaining the level they were at before a late March plunge, but rates are still well below where they were a year ago.

The average U.S. rate for a 30-year fixed mortgage is 4.17% this week, according to the latest Freddie Mac Primary Mortgage Market Survey. That’s up 5 basis points from last week’s 4.12%. On March 28, Freddie Mac announced mortgage rates had plunged by the most in over a decade.

This week’s average rate is lower than a year ago when it was 4.47%, according to Freddie Mac. 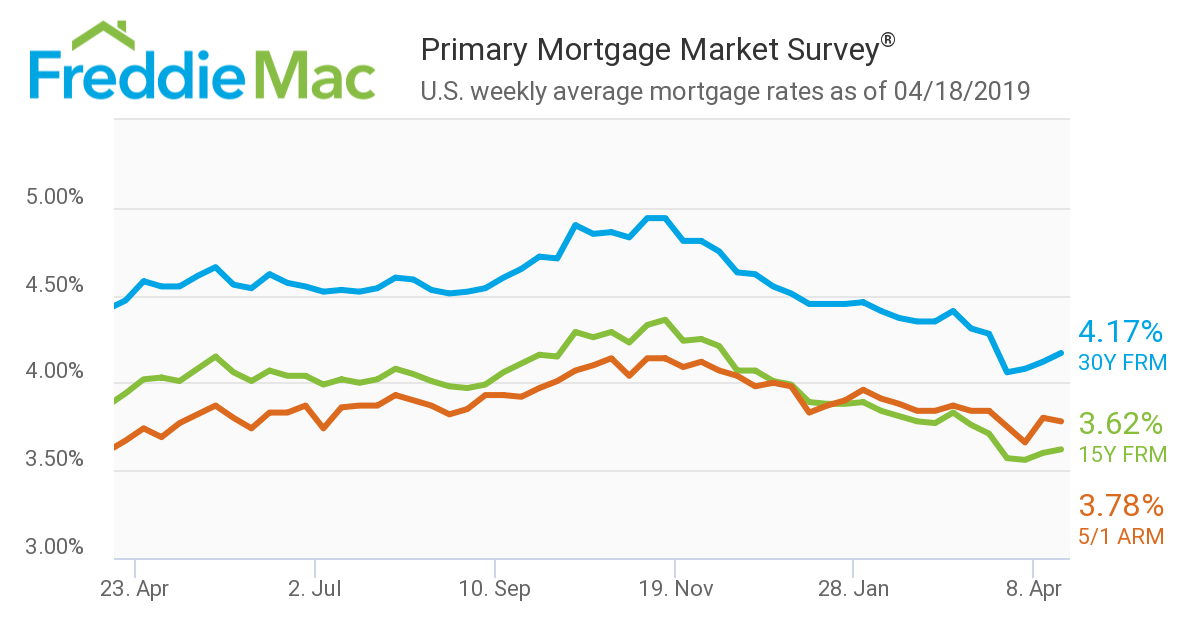 As home prices skyrocketed, sellers made killer profits in 2021