Tax season is coming to an end and it's a safe bet that thousands, if not millions of Americans, still need to file their 2018 tax returns.

If you’re one of many Americans who hasn't finished up their taxes yet, the chances are high that the rapidly approaching April 15 deadline is leaving you a little stressed.

If you're worried about real estate-related taxes, LendingTree recently released a study that reveals some ways that homeowners can ease worries about their tax burdens.

“The purpose of our study is not only to show where real estate taxes are the lowest, but also to help familiarize the average person with a few key elements present in the 2017 Trump tax bill,” the company writes. “That way, homeowners will not only have a better understanding of what their tax burden is like, compared to other people from around the country, but they will also have a better idea of the kinds of steps they need to take to maximize their tax refund.”

According to LendingTree’s study, the average amount of mortgage interest paid across all metros totals about $8,500.

“People who pay high yearly interest costs on their mortgage might benefit from itemizing their tax returns,” LendingTree writes. “As a result, if you want to make sure you’re saving the most on your taxes, you should pay careful attention to how much mortgage interest you are paying.”

Furthermore, the company’s analysis indicates that the average mortgage insurance premium charged to someone living in one of the nation’s largest metros is about $1,600.

Notably, the report highlights that real estate taxes depend widely on the housing market. In fact, LendingTree notes that people from metros in more rural states tend to pay less in real estate taxes.

For example, homeowners in Birmingham, Alabama; Louisville, Kentucky; and Salt Lake City pay an average of $2,600 on real estate taxes, making these areas the lowest out of the nation’s 50 largest metros.

So, if you are a homeowner living in New York, San Jose, or San Francisco, you probably paid an average of $9,400 in real estate taxes last year, which is close to double the average amount paid across the country's 50 largest metros, according to LendingTree.

The image below highlights the metros with the lowest real estate taxes: 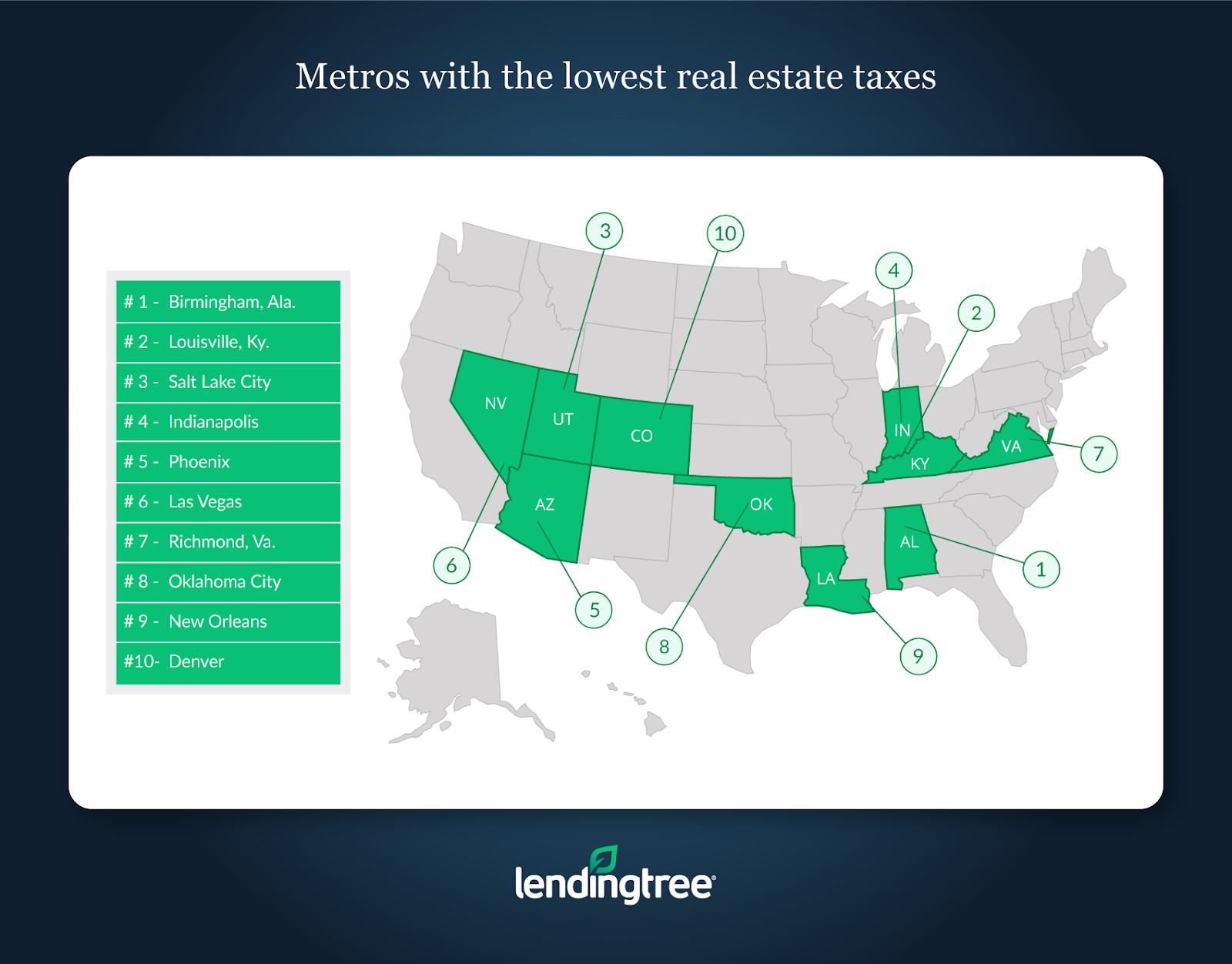 Priscilla Almodovar, the president and CEO of national housing nonprofit Enterprise Community Partners, will take the helm of Fannie Mae on Dec. 5.