The median monthly rent in San Francisco for a one-bedroom unit is now $3,700.

Yeah, really. This means San Francisco is still the most expensive rental market in the world.

According to the April national rent report from apartment search site Zumper, the dwindling supply in the area’s real estate market paired with the continued net migration to the Bay Area is driving up the median rent. The median rent price for a one-bedroom unit increased $10 from last month, reaching a new high of $3,700.

“As we get into the spring months and the beginning of the hot moving season, we only expect this number to continue to rise,” Zumper said in its report.

The top 10 markets had no change to the rankings and there were mostly flat monthly growth rates overall with a small handful of cities seeing change of more than 3% either up or down. Year-over-year growth rates saw a similar trend as the number of cities with double digit year over year growth rates have decreased substantially from previous months.

Click to enlarge the chart below to see how rents moved, according to Zumper. 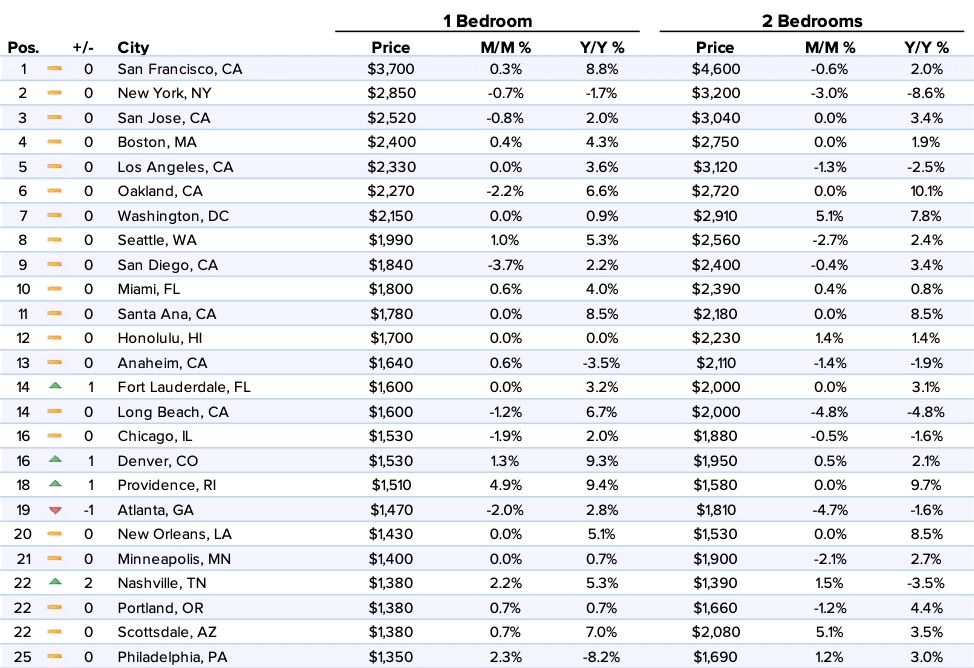