Attending the Market Outlook session at the MBA’s National Mortgage Servicing conference on Wednesday was like drinking out of a fire hose — there was so much great information it was hard to digest.

Joel Kan, associate vice president of economic and industry forecasting for the MBA, broke down the macroeconomic picture for servicers. While U.S. economic growth has been good, the volatility of the financial markets in the last few months, the ongoing uncertainty over trade relations and the government shutdown all lead the MBA to raise the odds of a recession to a one in three chance over the next 12 months.

However, both Kan and Marina Walsh, vice president of industry analysis for the MBA, stressed that the recession, if it happens, is likely to be mild. Amid the economic data, the indicators that carry the best news for servicers are strong payroll growth and strong wage growth.

“We’ve had many years of strong payroll growth, and saw big increase in January as well. There was some noise around the shutdown, but generally speaking, we anticipate a similar groth going forward given how many openings you see, and how many companies and industries are still looking for talent,” Kan said.

With unemployment at a near 50 year low and under what the Fed considers full employment, the MBA is now predicting one rate hike for 2019, and has lowered their rate expectation for the rest of the year from 5% a few months ago to 4.9%.

Another good bellwether for servicers is that wage growth is increasing most in younger age groups and among lower-skilled workers. “This is going to help us going forward from an economic standpoint and a housing standpoint in the next several years,” Kan said.

Despite the flattening Treasury yield curve — a typical recession indicator — Kan says the debt position of most U.S. households is much lower than they were in the early 2000s, meaning that homeowners are better equipped to handle a small recession than in the recent past.

Rising home equity is another bright point for servicers. “Home equity has risen beyond the previous peak. In terms of tappable equity, cash out, if we did see a downturn in the economy and had deterioration of mortgage performance, there is the opportunity for resolution to happen,” Kan said. 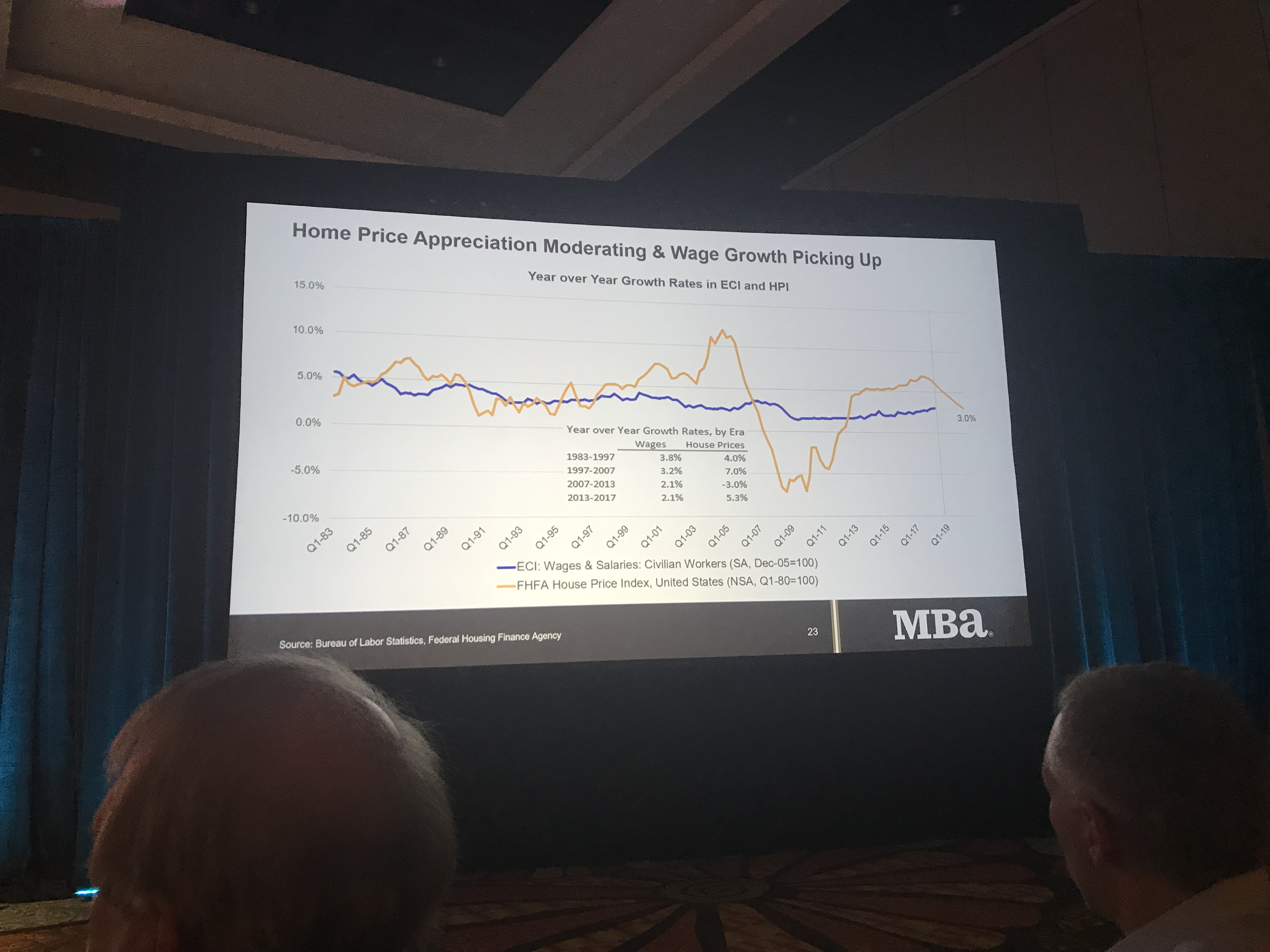 Other things to note: