All signs point to a housing market slowdown and new data from Redfin indicates that competition is easing as well.

According to the company, only 13% of offers written by Redfin agents faced a bidding war in January. This is a drastic drop from 53% in January 2018.

“Buyers have heard that the market has slowed, so now they’re trying to get all of their ‘wants,’ not just their ‘needs,’” Redfin Agent Kalena Masching said. “They’re waiting until they find a home that can check more boxes—for instance three bedrooms instead of two or a higher rated school. In general they are being more judicious as they think through their purchase. Meanwhile, many sellers have not yet recognized that the market has shifted.”

Redfin notes that Seattle and San Francisco, which were two of last spring’s most competitive markets, began 2019 with tremendously less competition. In fact, less than one in five offers faced competition, falling from seven or eight out of 10 in 2018.

The image bellow shows how bidding wars have varied since 2011: 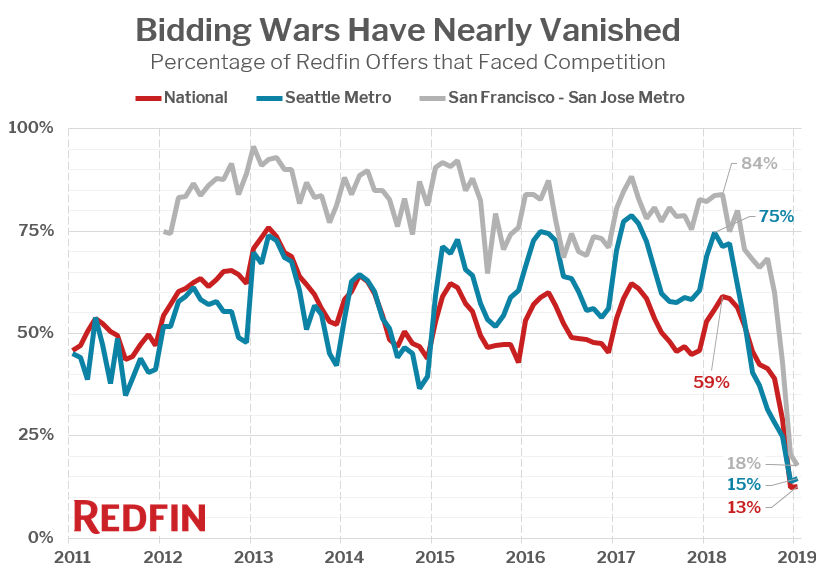