Mortgage rates have now fallen to their lowest level within the last 10 months, according to the latest Freddie Mac Primary Mortgage Market Survey.

According to the survey, the 30-year fixed-rate mortgage averaged 4.41% for the week ending Feb. 7, 2019, moderately retreating from last week’s percentage. Unsurprisingly, this is once again higher than last year’s rate of 4.32%.

Freddie Mac Chief Economist Sam Khater said the U.S. economy remains on solid ground, inflation is contained, and the threat of higher short-term rates is fading from view, which has allowed mortgage rates to drift down to their lowest level in 10 months.

“This is great news for consumers who will be looking for homes during the upcoming spring homebuying season,” Khater continued. “Mortgage rates are essentially similar to a year ago, but today’s buyers have a larger selection of homes and more consumer bargaining power than they did the last few years.”

However, other economists aren't as positive. Yesterday Capital Economics warned that, despite lower rates, homeownership isn't likely to get a boost any time soon.

“A drop in mortgage interest rates to a nine-month low in January helped boost mortgage demand. But the jump in applications for home purchase is already unwinding,” Capital Economics stated. “Given a slowing economy and lack of homes for sale, housing demand is likely to tread water this year even as mortgage rates see further falls.” 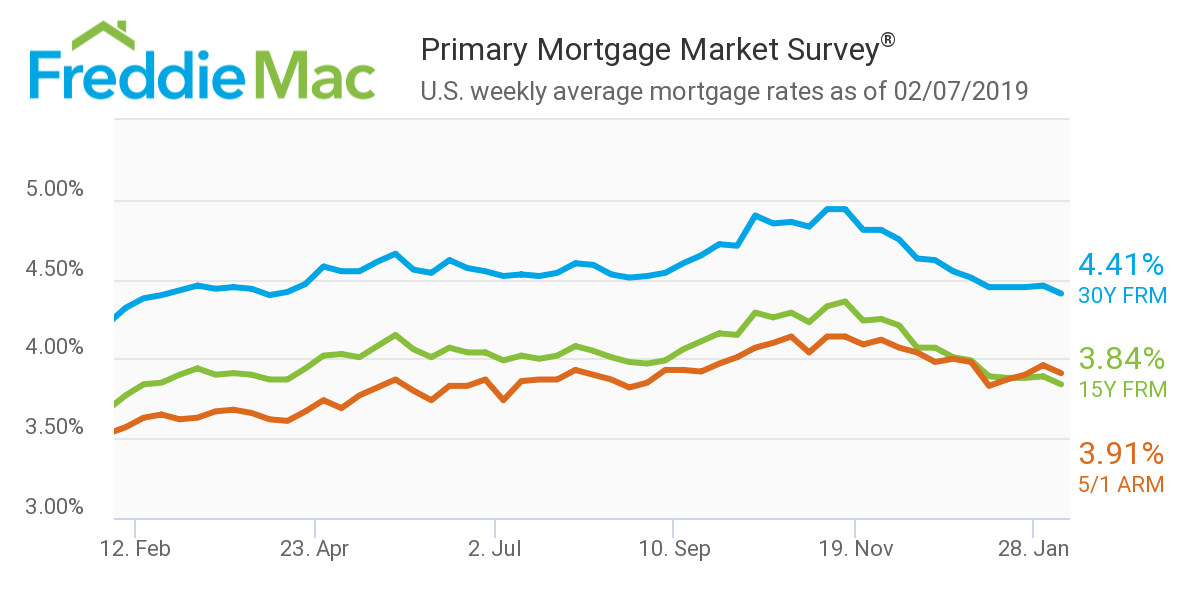 Lastly, the 5-year Treasury-indexed hybrid adjustable-rate mortgage averaged 3.91%, falling from 3.96% the week before. The rate remains higher than this time in 2018 when it averaged 3.57%.