According to the CoreLogic’s data, home prices only increased 0.1% from the previous month and are now projected to increase by 4.6% come December 2019.

The CoreLogic HPI projects future home price growth based on several economic variables and measures the number of owner-occupied households in each state. 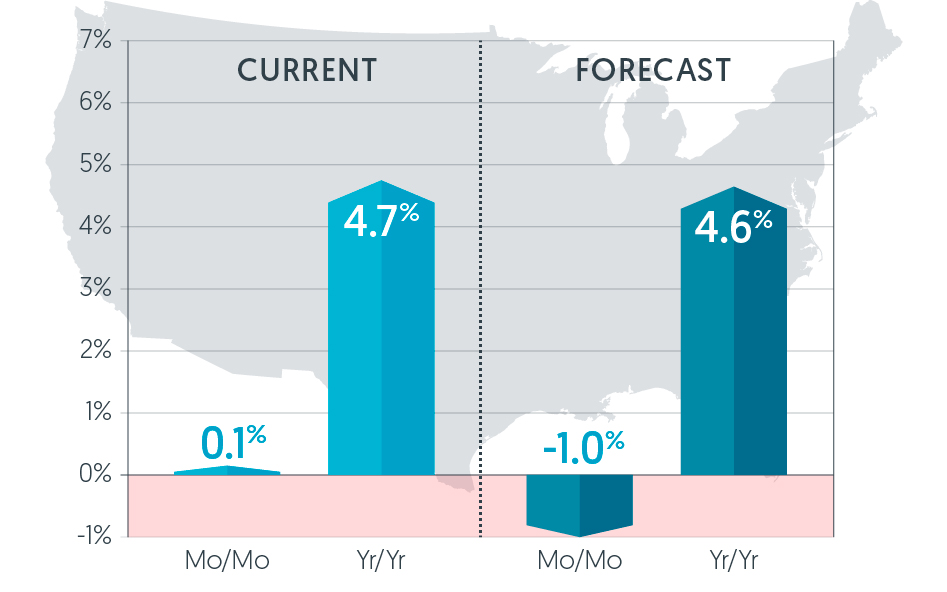 “Annual price growth peaked in March and averaged 6.4% during the first six months of the year,” Nothaft continued. “In the second half of 2018, growth moderated to 5.2%. For 2019, we are forecasting an average annual price growth of 3.4%.”

“The pace of price increases are being dampened by declining sales of existing homes and weaker affordability,” Blitzer continued. “Sales peaked in November 2017 and drifted down through 2018. Affordability reflects higher prices and increased mortgage rates through much of last year.%.”

“Despite the weakening of the housing market in 2018, early 2019 data signals a possible turnaround for the year to come,” Freddie Mac Chief Economist Sam Khater said. “This recent uptick in activity proves that homebuyers are very sensitive to changing interest rates and will likely respond positively if mortgage rates remain below 5%.”