After years of steady recovery in the housing market, home values have begun to decline, experiencing the largest single-month decline in November since housing recovery began, according to the latest data from Black Knight.

Home values fell 0.2% in November, down $580 for the month and marking the first time the market has seen a consecutive three-month decline since early 2012.

Black Knight also revealed that the annual rate of appreciation fell in November, down 4.9% from last year.

But the rate of growth is certainly slowing, a trend most obvious in the western part of the country.

Here is a map illustrating home price growth rates across the country as of November 2018: 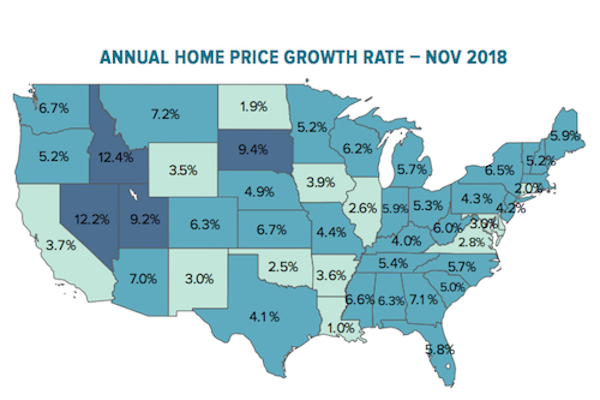