January was a fairly flat month when it comes to rental growth, however a shift once again gave California six of the top 10 most expensive rental markets in the U.S.

California cities in the top 10 now include San Francisco, San Jose, Los Angeles, Oakland, San Diego and Santa Ana. Three of those cities are in the top 5 most expensive markets.

Fewer cities saw double-digit price growth in January. And on a monthly basis, Louisville, Kentucky, saw the largest rental growth rate for one bedroom apartments at 4.8%, while Columbus, Ohio, took the largest monthly dip at 5.4%. 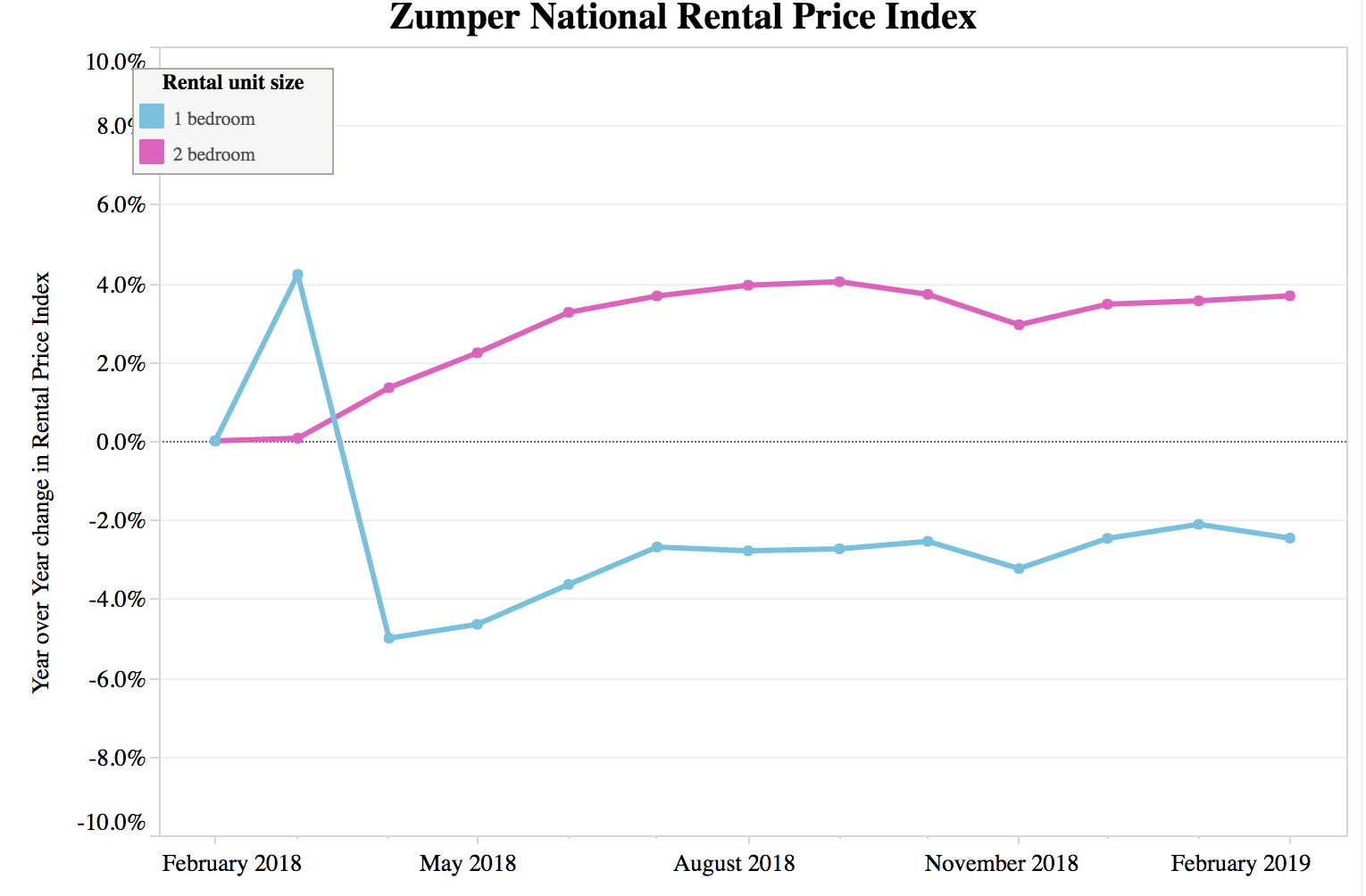 These slowdowns and even decreases bring many renters much-needed relief as affordability has been a major concern for Americans throughout 2018, as mortgage rates and rents both reached record highs.

Here are the top five rental markets in the U.S.: