Mortgage rates held their ground for the third week in a row, according to the latest Freddie Mac Primary Mortgage Market Survey.

According to the survey, the 30-year fixed-rate mortgage averaged 4.45% for the week ending Jan. 24, 2019, remaining unchanged from last week’s percentage. Once again, this is still a significant increase from last year’s rate of 4.15%.

“Mortgage rates have stabilized during the last month and are essentially at the same level as last spring – yet the most recent home sales are roughly half a million lower over the same period,” Freddie Mac Chief Economist Sam Khater said. “Given that the economy remains on solid footing and weekly mortgage purchase application activity has been strong so far in 2019, we expect the decline in home sales to moderate or even reverse over the next couple of months.” 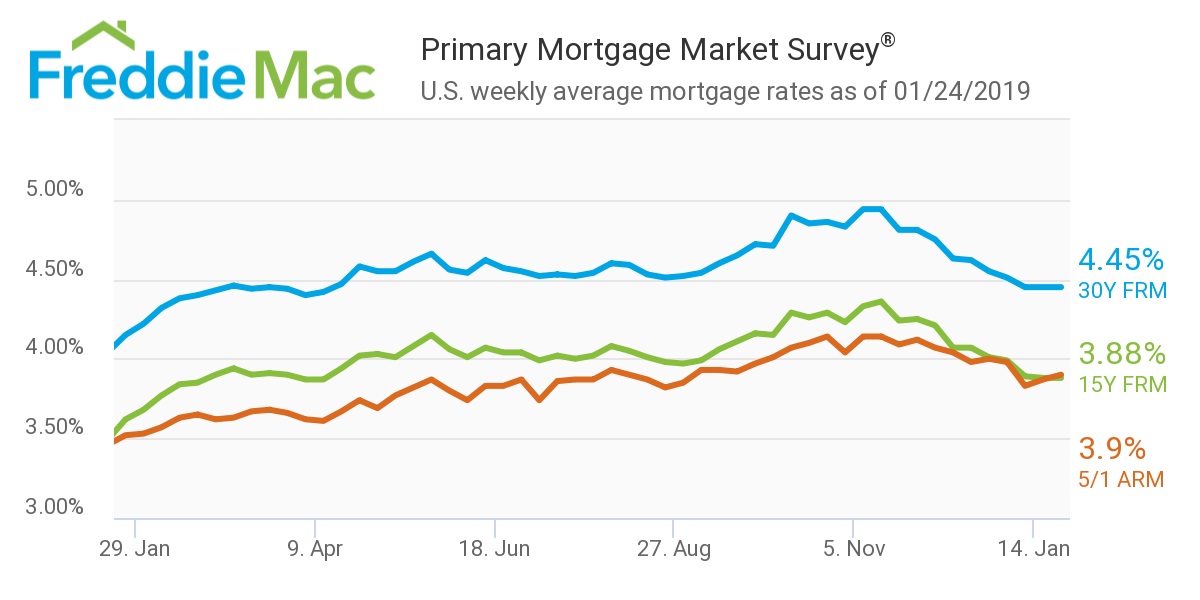 The 5-year Treasury-indexed hybrid adjustable-rate mortgage averaged 3.9%, moving forward from 3.87% the week before. The rate remains higher than this time in 2018 when it averaged 3.52%.