After retreating for two consecutive months, mortgage rates will end the year lower, according to the latest Freddie Mac Primary Mortgage Market Survey.

Freddie Mac Chief Economist Sam Khater said rates continued their two-month slide and are currently hovering around the same level as the early summer, which was before the deterioration in home sales.

“The negative headlines around the financial markets are concerning but the economy remains healthy, so the drop in mortgage rates should stem or even reverse the slide in home sales that occurred during the second half of 2018.” 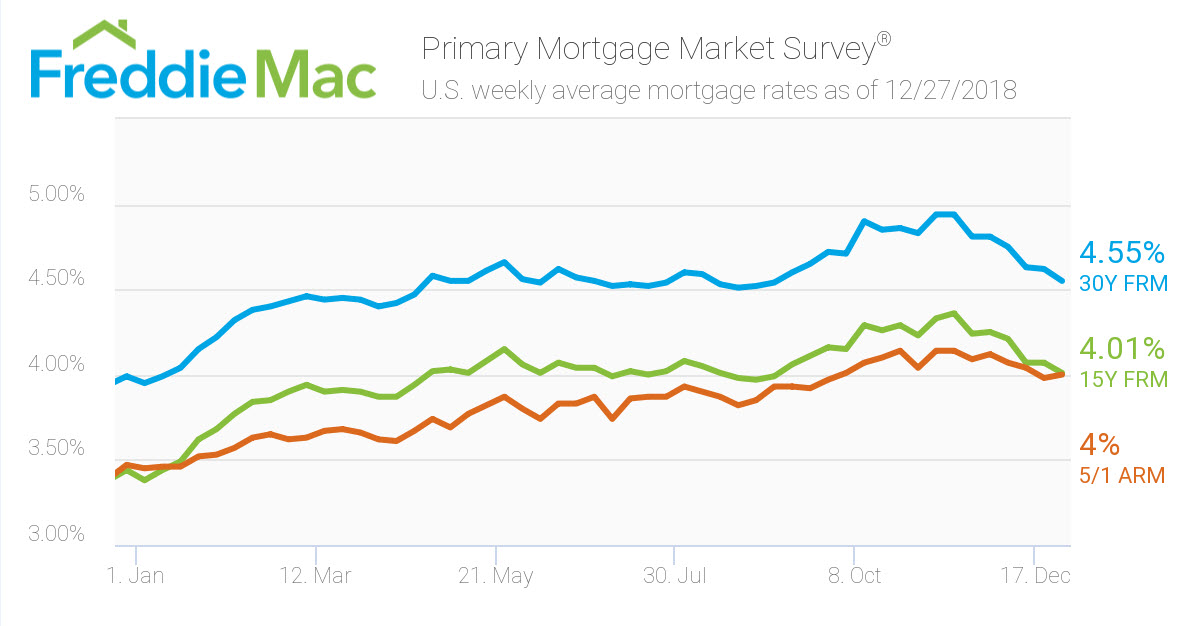 The 5-year Treasury-indexed hybrid adjustable-rate mortgage averaged 4%, slightly up from 3.98% the week before. The rate is still higher than this time in 2017 when it averaged 3.47%.