In 2018, 62% of all homes sold in top U.S. metropolitan markets sold below their original list price, according to Knock.

As the year comes to an end, the home equity company is looking ahead to next year, predicting that 77% of current on-market listings will sell below original list prices in the first quarter of 2019.

“While there’s no denying that home prices have been steadily on the rise, list prices are clearly increasing above realistic levels, corroborated by the study’s findings that over 60% of homes sold well below their original list prices in 2018,” Knock Economic Advisor Paul Habibi said.

According to Knock’s analysis, half of the top 10 markets are located in the South. Miami is projected to have the highest rate of deals, coming in at a whopping 89%. Rounding out the top three are Houston and Chicago, with Houston seeing an average savings of 4.84% and an 84.2% rate of deals, while Chicago is expected to see 5.11% in savings and an 83.5% rate of deals.

The markets of Jacksonville, Florida (No. 4); New Orleans (No. 5); Hartford, Connecticut (No. 6); and St. Louis (No. 7) make up the middle of Knock's predictions, with each market projected to see savings in the 5% range.

Pittsburgh, Tampa, and Cincinnati round out the bottom three on the company's list. In these metros, discounts are expected to average more than 4.5%, which is higher than the national average of 4.01%.

“Average savings are on the rise in these markets. Given that the slowdown of home price increases is just beginning to take hold, we can expect home sellers to continue to set their original list prices on the higher end, which has the potential to result in greater deals for home buyers,” Knock writes. “Particularly as we head into January, which has historically been one of the best months for deals, the combination of seasonality and the slowing market make the perfect recipe for the increased rate of deals predicted by the Knock Deals Forecast.”

The image below highlights the top 10 markets for deals heading into 2019: 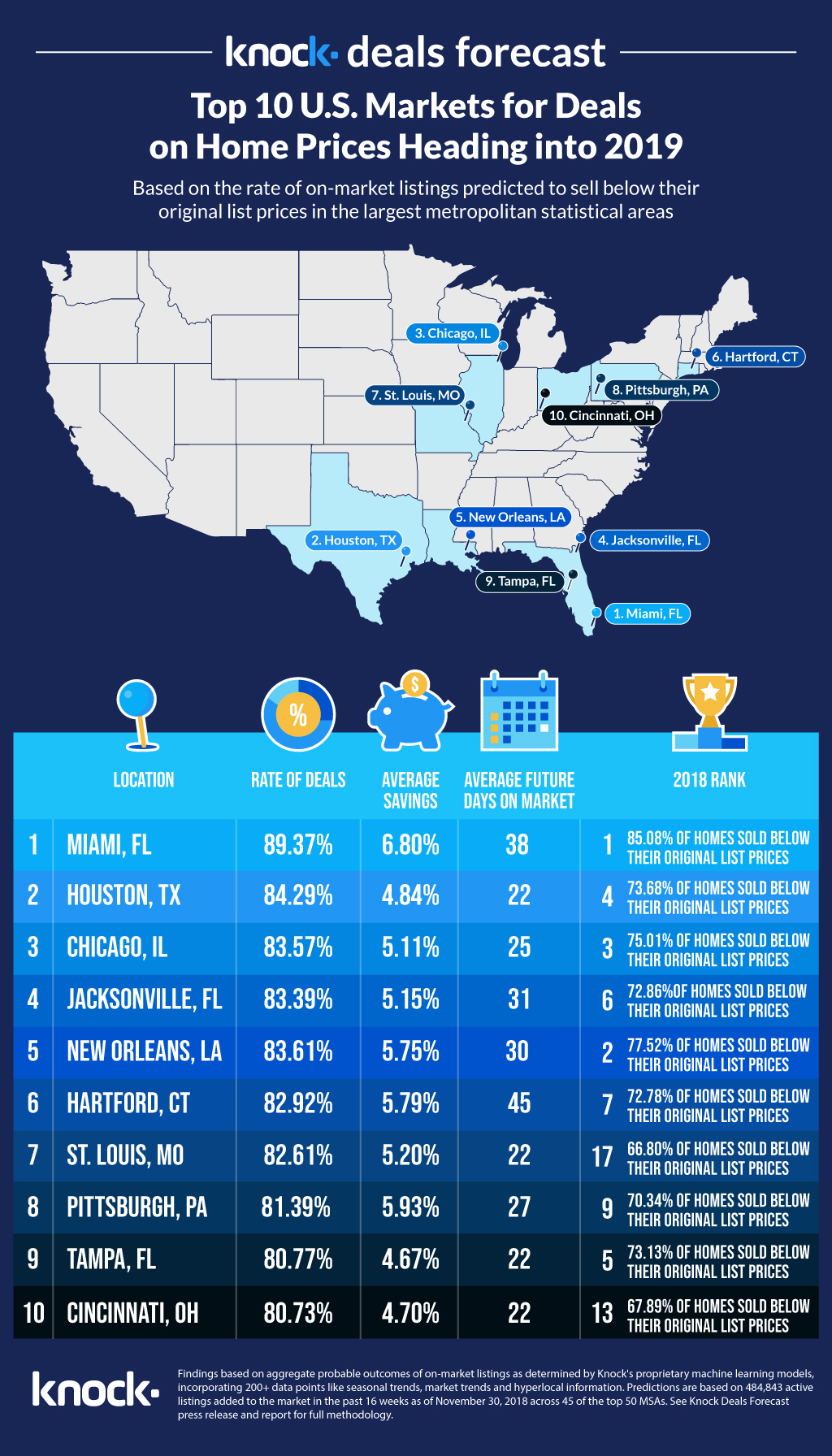 On the heels of the Federal Housing Finance Agency’s rejection of Fannie Mae and Freddie Mac’s Duty to Serve plans, a coalition of housing groups have some ideas for how to beef them up.