LendingTree’s latest analysis revealed that on average, single women own around 22% of homes, compared to less than 13% of single men.

According to LendingTree, in all of the 50 largest metropolitan areas, on average, single women own 70,000 more homes than their single male counterparts.

The report indicated that across the country, New Orleans is the metro area where single women own the largest share of owner-occupied homes. In this area, single women own 27% of homes, whereas single men own only 15%. That’s nearly twice as few homes.

However, in Oklahoma City, single men own the highest share of homes than anywhere else in the country, coming in at 16%. Despite this, single men still own far fewer homes than single women, who own 24% of residential properties in the area, according to LendingTree.

The image below shows the metros with the widest gap between single homeowners: 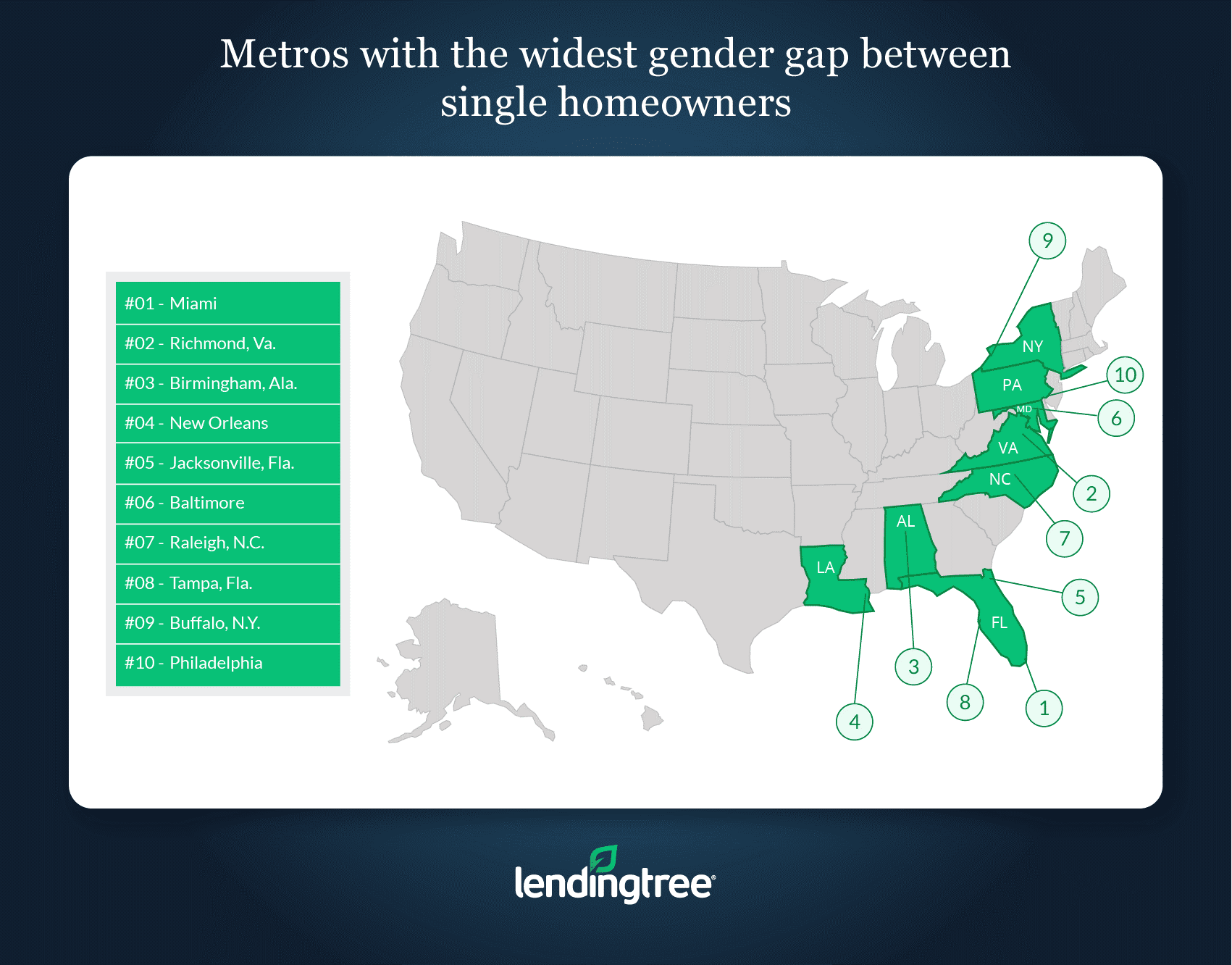 Overall, LendingTree's research reveals that wage disparities are not preventing single women from entering the housing market and when it comes to homeownership determination—they are thriving.

NOTE: The percentage of homeowners who were either single men or women in a metro was calculated by dividing the number of homes occupied by either single male or female homeowners by the total number of owner-occupied homes in an area, according to the company.