Mortgage credit is more available today than at any time since the crisis, but remains far from the days where mortgages were handed out with little regard to the borrower’s ability to repay.

The MBA analyzes data from Ellie Mae’s AllRegs Market Clarity business information tool and derives an index to chart the ease of mortgage credit. A decline in the MCAI indicates that lending standards are tightening, while increases in the index are indicative of loosening credit.

However, the government share has decreased slightly, at 0.4% lower, but that is the only area of credit decline. Of the component indices of the Conventional MCAI, the Jumbo MCAI increased by 6.3% while the Conforming MCAI increased by 4.6%.

“This increase in supply was likely in response to a growing number of first-time home buyers in the market, as home price appreciation has slowed and wage growth has picked up. Jumbo credit availability also expanded last month, with the jumbo index increasing again to its highest level since the survey began,” Kan added.

Despite the expansion of various mortgage products, headlines that declare “subprime is back” and that we are returning to the day of risky mortgage products under an originate-to-distribute model continue to spread falsehoods as these last two charts prove.

Here is mortgage credit in recent memory (click to enlarge). 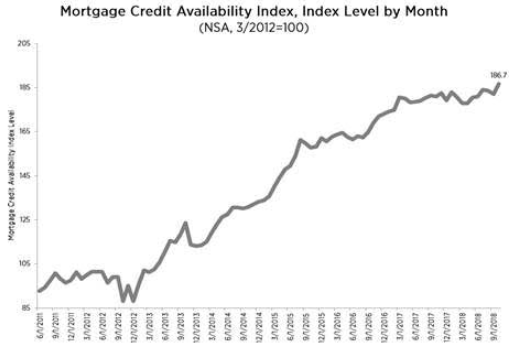 But here it is when compared to the days when riskier loans were available (click to enlarge). 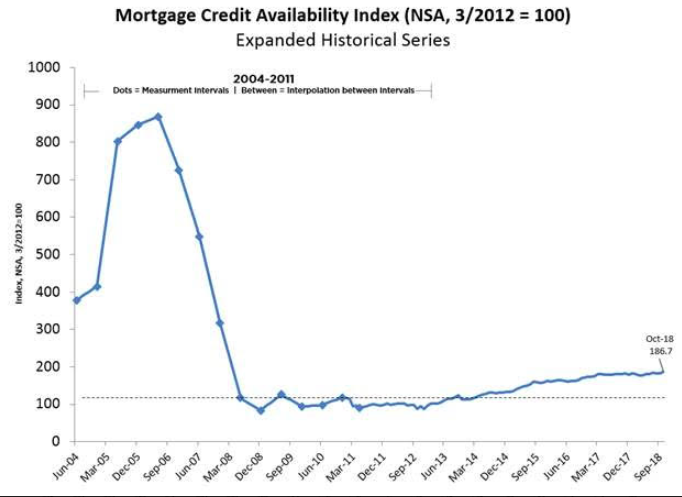