According to the survey, the 30-year fixed-rate mortgage averaged 4.86% for the week ending Oct. 25, 2018, increasing only incrementally from 4.85% last week, but remains substantially higher than last year’s rate of 3.94%.

“We expect rates to continue to rise, which will put downward pressure on homebuying activity,” Khater continued. “While higher borrowing costs will keep some people out of the market, buyers with more flexibility could take advantage of the decreased competition.” 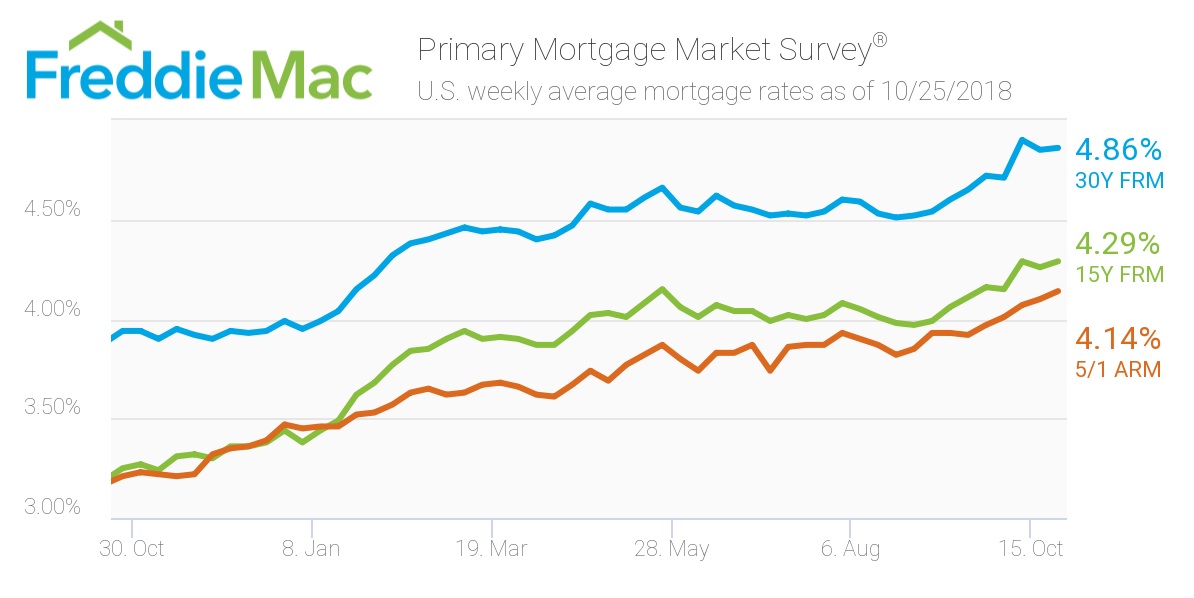 The 5-year Treasury-indexed hybrid adjustable-rate mortgage moved to 4.14% this week, moderately increasing from 4.1% last week. This is still much higher than this same time last year when it averaged 3.21%.

In this case, lower rates are not all good news for housing , according to Realtor.com Chief Economist Danielle Hale.

"Builders are facing the same cost increase pressure that others are facing making it next to impossible to build the most demanded affordable, entry-level housing," Hale continued. "The dip in rates is unlikely to bring rates low enough to compete with what prevailed as recently as one month ago, so it’s unlikely to entice buyers who have already called it quits for the season back into the market."

However, Hale thinks some persistent buyers might find slight relief from lower rates, less competition and more homes for sale than there were last year.

NOTE: Freddie Mac surveys a mix of lenders, including thrifts, credit unions, commercial banks and mortgage lending companies. The survey is roughly proportional to the level of mortgage business that each type commands nationwide. The survey is based on first-lien prime conventional conforming home purchase mortgages with a loan-to-value of 80%.

Protected: A home shopper’s guide to navigating a competitive market