In this episode of HousingWire Daily, Redfin's Daryl Fairweather explains how the public policies and business decisions made after the housing bubble burst in 2008 capped who is able to buy a house and led to the current inventory shortage.

In an address to a standing room only audience at Mortgage Bankers Association Annual on Monday, Consumer Financial Protection Bureau Acting Director Mick Mulvaney talked about everything from his belief in the existence of the Deep State, to CFPB reform goals and the future of the bureau and baseball. Here are some of the highlights. 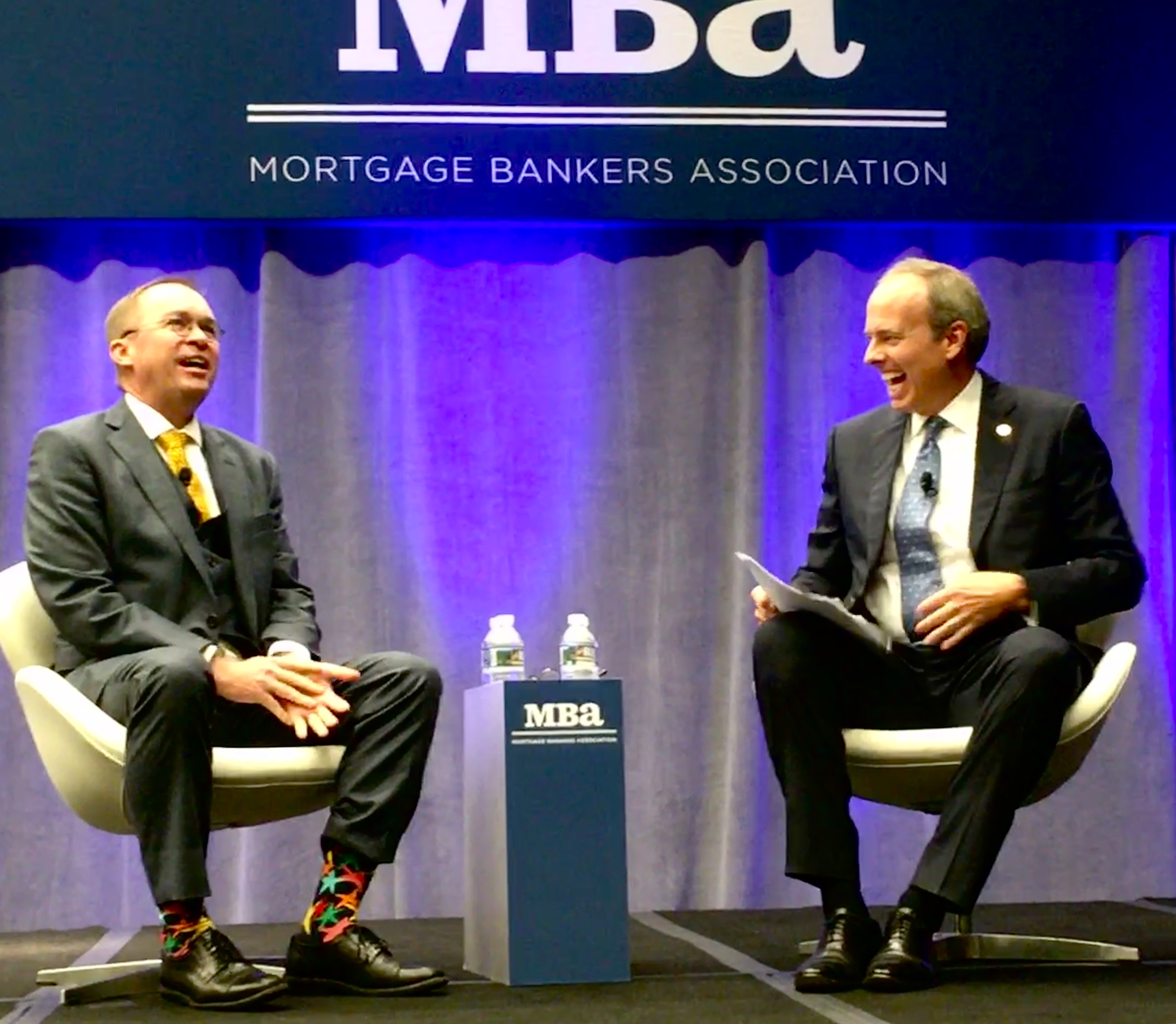 Mulvaney assured the crowd that the CFPB is here and it is here to stay, but that this is, and, if he has anything to say about it, will remain a far cry from the CFPB under Senator Elizabeth Warren.

“Regulation by enforcement is over,” Mulvaney said. He was adamant that the bureau will fulfill its mission of upholding the law and enforcing UDAP, but would be taking a different approach to the interpretation of the law.

He said that the stipulations against unfair and deceptive practices are well defined in the legal sense, but that the definition of abusive practices is far less clear further muddied by regulation through enforcement.

Chief among his goals for reform is earning respect for the bureau. Right now, he feels the bureau is mired in partisan baggage and that when it issues a ruling or sues someone it is chalked up to partisan influence.

Mulvaney’s hope is that the bureau would one day become a “gold-standard” regulator on the level of the Securities and Exchange Commission or the Federal Deposit Insurance Corporation.

To that end, Mulvaney is rooting for greater oversight of the bureau as well as the implementation of board of directors as opposed to what he calls the “benevolent dictatorship” style of leadership currently in practice. To enact greater oversight and cut costs, Mulvaney wants to see the bureau get its own Inspector General instead of sharing one with the Federal Reserve.

Mulvaney said it bothers him that, as it stands, he can walk into the Federal Reserve, ask for and receive $800 million without oversight. He hopes that in the future, that kind of power will be tempered with checks and balances.

“I can go down to the Federal Reserve and get $800 million effectively with no oversight, and that’s not right, Mulvaney said.

“We need to figure out a way to structurally fix that system, so that you do have the checks and balances necessary,” he added.

In regard to the CFPB as a whole, for which he has been largely an iconoclast, Mulvaney said he views the CFPB as the umpire in a game of baseball. Rules are necessary and good for the game. Without them, the game would not exist.

“The umpire is the person who enforces the rules. That’s a good thing and allows us to enjoy the baseball, or football or other sports. It gets out of whack is when the umpire starts picking sides between the teams…then it’s no longer a sport, it’s some kind of lopsided contest,” Mulvaney said.

“If you really want it to function properly then the umpire has to be neutral.”

Though the demand for homes remained strong across the United States in August, there are clear signs that the housing market is past its peak.

The overwhelming majority of real estate firms – 80% – operated from a single office and typically with three full-time real estate licensees in 2020, according to a new survey by the National Association of Realtors®.