All photos by Stephen Voss

When Tim Mayopoulos was vetted prior to joining Fannie Mae nearly 10 years ago in the role of general counsel, board members explained it would only take 12 to 18 months for the company to turn around.

That isn’t what it took. It took putting Mayopoulos in charge, years later, to turn the company around. And that’s exactly what he did.

“It was almost a decade ago, and I didn’t think I would one day be CEO,” Mayopoulos said in a recent interview with HousingWire after announcing plans to step down by the end of the year. “When I became CEO, the primary task was stabilize the company. The housing market was so different then, the conditions were very difficult and there was low morale among our people.”

“We also didn’t have a playbook to deal with all the delinquencies and foreclosures,” he adds. “As for returning to profitability, no one thought we’d be able to do it.”

Mayopoulos championed the company’s emerging customer-centric strategy and pushed for greater delivery of innovations that benefit lenders and borrowers alike. Collateral Underwriter and Day One Certainty immediately come to mind as success stories under the Mayopoulos regime.

“Fannie Mae was proud to introduce Day 1 Certainty [in 2016] and we have worked tirelessly to build on the benefits it provides,” said Mayopoulos last year when providing an update to new services being unveiled at Fannie.

“We continue to listen and learn from our many customers who have signed up for one or more of our Day 1 Certainty services, and we are using that feedback to make the mortgage process faster, less expensive and easier for everyone.”

“We are committed to delivering more innovative solutions that help solve our customers’ most important business challenges and creating a stronger and safer 21st century housing finance system,” Mayopoulos said. 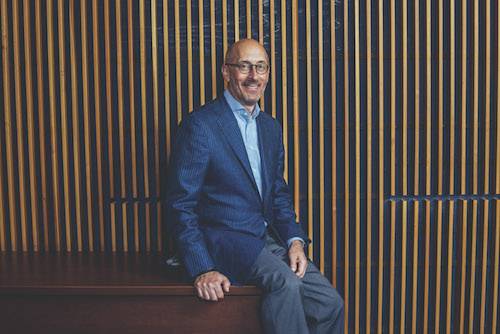 In that same timeframe, Fannie Mae introduced its new Single Source Validation, which allows lenders to validate a borrower’s income, assets and employment through one report using source data rather than multiple paper documents. The company explained this step will amplify savings and simplify loan origination.

Finally, its new Servicing Marketplace will connect servicers to sellers who are interested in partnering with each other for serving transfers when sellers sell loans to Fannie Mae, giving more transparency in the system while removing cost and friction.

And before that, in 2015, Fannie introduced Collateral Underwriter, its proprietary appraisal risk assessment application developed to support proactive management of appraisal quality.

Under his leadership, Fannie Mae strengthened both its business model and its financial performance; through the second quarter of 2018, Fannie Mae has paid $167.3 billion in dividends to the Treasury.

And, as an added bonus, his people like him. Among chief executives in the United States rated by their employees, Mayopoulos received a 92% approval rating from full-time and part-time employees. Of the 700,000 companies reviewed on Glassdoor, the average CEO approval rating is only 67%. 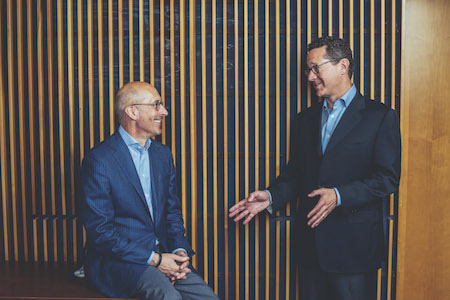 Interestingly, in employee comments on Glassdoor, some describe the environment of working as Fannie Mae as one of constant learning of new software products. These employees list this as both a pro and a con. Mayopoulos can be credited for this state of flux.

“Fannie Mae is now faster, more efficient and less risky,” in part because of these constant improvements, he said. And while he started in law, the tech bug certainly has him now; he believes his next step is to remain in financial services at an automation-forward fintech firm.

On an early August morning, Mayopoulos, and Chief Financial Officer David Benson gathered in a room for a conference call. Just like in quarters past, Mayopoulos took the lead role, with Benson providing support and answers for more technical, financial questions. It could be the last time for Mayopoulos, but Benson was remarkably relaxed. And he should be. He’s about to become president of a company on firm footing. 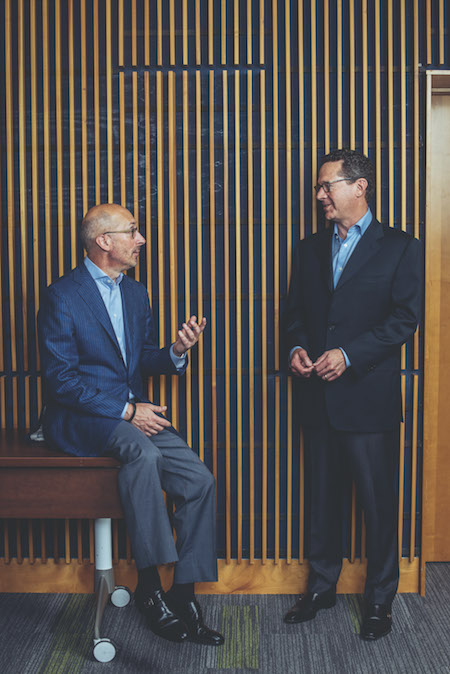 But there’s a catch, Vogel mentioned: “As FNMA was already above the $3 billion equity level in the first quarter, it will send

Treasury a check for the entire amount of comprehensive income at the end of this quarter.”

Such is life under the yoke of the Federal Housing Finance Agency, the regulator in charge of Fannie, as well as Freddie Mac. All profits get funneled back to the federal government and, though this quarter marked a profitability milestone, as Vogel mentioned, no one really took note; we are all used to Fannie Mae performing well, at this point, which is pretty impressive, if under reported.

For example, mortgage rates climbed higher the same week Fannie reported its great quarter, reaching its fourth highest level of 2018, according to Freddie Mac’s latest Primary Mortgage Market survey. Add this to mortgage apps that are largely stalled and there are big economic problems at play.

“The higher rate environment, coupled with the ongoing lack of affordable inventory, has led to a drag on existing-home sales in the last few months,” Freddie Mac Chief Economist Sam Khater said. “The Federal Reserve passed on raising short-term rates, but with the embers of a strong economy potentially stoking higher inflation, borrowing costs will likely modestly rise in coming months.”

At a two-day meeting that ended the same week Fannie reported its second quarter earnings, the Fed voted unanimously to keep its benchmark federal-funds rate in a range of 1.75% and 2%. In a statement, the Fed noted that job gains and economic activity have been “strong.”

“The FOMC expects that further gradual increases in the target range for the federal funds rate will be consistent with sustained expansion of economic activity, strong labor market conditions, and inflation near the committee’s symmetric 2% objective over the medium term,” the Fed said.

Regardless of current, challenging market conditions, Mayopoulos is not concerned about the health of Fannie Mae with his departure looming, as he puts it, “mortgage lending will normalize in time.”

“A lot of factors are beyond our control,” he said. Mayopoulos bemoans the lack of supply for potential homebuyers and believes that solutions will not be an easy fix. Current homeowners are living more conservatively, he noted, and not as pressed to move up the property ladder. Further, more and more seniors need to be allowed to age in place, which will not ease the supply burden, either.

Furthermore, the rising costs of labor, materials and land itself is preventing construction from moving forward meaningfully. Plus, he sees more localities intervening and trying to prevent new neighborhoods from being built. “Entry-level is dead,” as he put it.

Benson has been with Fannie Mae for 16 years, including five years as executive vice president and chief financial officer. The search for the new CEO is now underway.

As part of the leadership shake-up, Celeste Brown will replace Benson as executive vice president and chief financial officer. Brown joined Fannie Mae a year ago after 18 years at Morgan Stanley, where she worked as an equity analyst, head of investor relations and global treasurer.

“We’re going to miss Tim,” Benson told me recently, in the run-up to Mayopoulos’ departure. “He’s still here, so we haven’t felt it, but it’s coming.”

Benson is ready and willing to take on a larger role.

“We’ve all personally worked with the officer corps, we collectively work on the strong vision of Fannie Mae and have momentum around our strategy and can handle the evolutions that come through the markets.”

“But, we are going to miss him for sure,” Benson concluded.

“Fannie Mae is better now in so many different ways,” Mayopoulos adds, after taking a moment of reflection. “It’s in a position of greater humility. I’m leaving the company in better shape than I found it.”

We couldn’t have asked for anything more.