For many expert real estate agents, it’s all about business efficiency and 38-year-old Realtor Karl Luberda only took around 20 minutes to show a property to his client last week.

But for local police, that took too long — Luberda left his two young daughters, locked inside the car, with the windows rolled up, while he showed the listing. The police added that the car also wasn't running at the time.

From the NBC affiliate in Connecticut:

According to police, officers were called to a home in the Spring Lake Village complex after witnesses reported finding two children alone inside a locked vehicle. Just before police arrived, Luberda returned to the vehicle. Police said Luberda was a real estate agent and was showing a home in the complex while his daughters, ages 4 and 1, were inside the car.

According to the coverage, police said the outside temps were around 84 degrees F, and took Luberda into custody.

Luberda was charged with two counts of risk of injury to a minor and two counts of unsupervised children under 12 years old. He was released on a $5,000 bond and is due in court on Sept. 4. 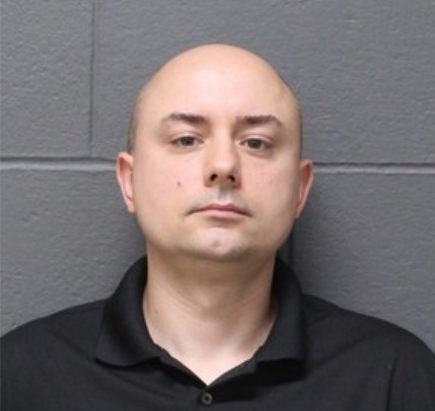 The children were not injured and police immediately returned to both to their mother after arresting Luberda.

"If telling my story can prevent even one other hard working Agent with children of their own from experiencing a similar situation then maybe some good may have come from it. It only takes one phone call from someone who "thinks" your child is in danger to suddenly have your whole world come crashing down. My job that day was to give access to a property to allow my client to do their final walk-through inspection prior to closing on it the next day. I met my clients and unlocked the door for them which was around 30 feet away and in line of sight to where where I parked my SUV. They had some concerns that we discussed for about 15 minutes while I kept a close eye on my vehicle. At the same time there some workers from the complex walking around which was not unusual since they were performing maintenance on the property. After we finished our conversation I let my client know I would return to and be waiting in my vehicle while they performed a thorough inspection of the property. I walked back to my SUV and that is when one of the workers there informed me the police were called. I couldn't overstate how shocked I was. After a short time of waiting in my vehicle with my daughters the police arrived. I of course was questioned and explained what happened from my perspective and then whoever called got to tell their story. At that time they felt I needed to be arrested. I was allowed to call my wife to pick up our daughters while I waiting in a police vehicle. After she arrived I was brought in to the station and some time later was able to bail myself out. This was just the beginning of a horrific situation and it is still unfolding. I thought that was the worst day of my life until one week later my story made the news. I never thought in my entire life something like this could happen to me since my girl's and all my family mean more to me than all the money on the planet and would never let any harm come to them. Anyone who actually knows me and my family and has spent any time with us knows how much we care about our babies and all have offered their support. I thank all of them for that. So that is my sad tale and it isn't over yet."

According to Realtor.com, Luberda works with Tea Leaf Realty, out of West Hartford, CT.

His bio states: “Karl has been a real estate professional for more than 10 years and has represented many home Buyers and Sellers in that time. Every transaction, he believes, is always about the Client. 'You are the driver, I am the passenger who’s there to guide, educate, and provide the best service possible.'”

As housing supply has reached a new low, competition with buyers and agents has reached a high. Now, latest survey from Redfin shows the real estate agents are also feeling the crunch. The survey, which went out to more than 500 agents across the country, showed that the majority faced competition in January.

MBA’s Marina Walsh on what keeps servicers up at night