Traina’s home is on the Gold Coast, in a neighborhood called Pacific Heights, which is known for its lustrous views of the bay and its cache of California gentry. 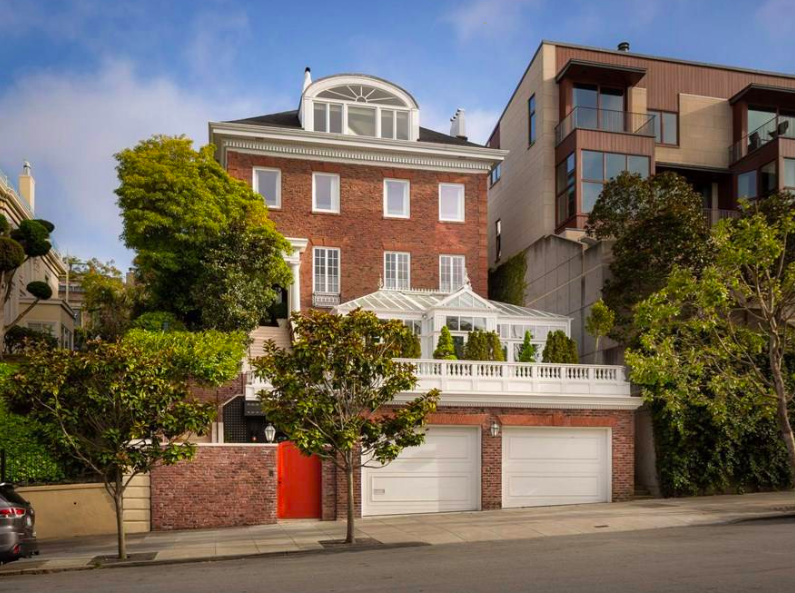 The 10,890 square-foot, seven-bedroom home will list for a whopping $55,000 per month while Traina is away in Austria fulfilling his role as ambassador.

According to the article, Traina will leave the home fully furnished, complete with art pieces by Damien Hirst, Robert Rauschenberg, Diane Arbus and Andy Warhol.

Neill Bassi of Sotheby’s International Realty will be the listing agent for the property, and according to him, Traina is looking to lease the property for a one- to two-year term.

This is how the house is described in the listing:

Designed with art and grand entertaining in mind, this 1904 Georgian estate offers seven bedrooms, six full and four half baths, a wealth of formal and informal living spaces, a light-filled conservatory, a south-facing garden and three-car garage parking. As the current owner—who worked principally with Ann Getty on the design—told Forbes, “It’s a handsome, dignified house. We wanted its look to give a nod to history and tradition, but also a sense of youth and wit."

Go ahead and check out the listing here. You're going to be surprised by what $55,000 a month will get you….