Home prices slightly increased in the second quarter of 2018, rising only 1.1% but still up 6.5% from the same quarter last year.

Home prices increased in June, rising only 0.2% from May, according to the latest monthly House Price Index from the Federal Housing Finance Agency.

Supervisory Economist William Doerner said although home prices rose in the second quarter, it was at a much slower pace than previously recorded in the past four years.f

“Mortgage rates have increased by more than half a percentage point over the first six months of the year,” Doerner said. “Rates are still inexpensive from a historical standpoint, but their bump-up appears to have gently pressed the brakes on house price increases.”

Nationally, home prices in all 50 states and the District of Columbia increased since the second quarter last year.

According to FHFA, across the nine census divisions, the Mountain division saw the strongest appreciation growth, climbing 9.5% between in the last year and increasing 1.9% in Q2 2018.

Notably, West South Central division saw the weakest annual house appreciation of all divisions, increasing only 5% between the second quarter of 2017 and 2018. 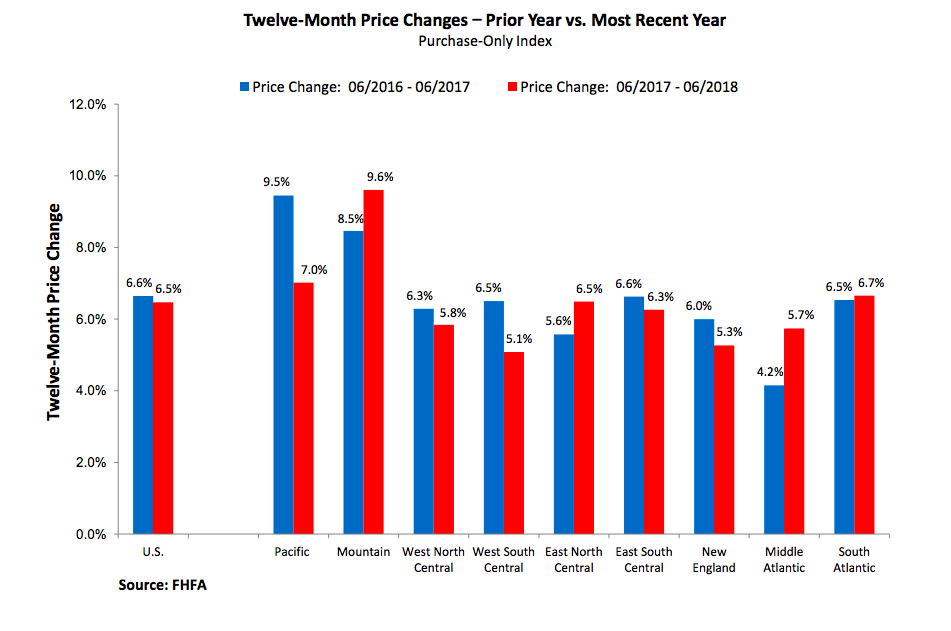