First-time homebuyers may be facing rising affordability issues, but they are still outpacing the share of repeat buyers in the housing market, according to the latest report from the Urban Institute.

This is nothing new, as first-time homebuyers have dominated the mortgage market for the past 10 years, but the latest data shows that gap actually continues to grow, according to the report.

The chart below shows repeat buyers dominated the market before the housing crisis, however, after 2007, that all changed. And since about 2014, that gap has continued to grow. 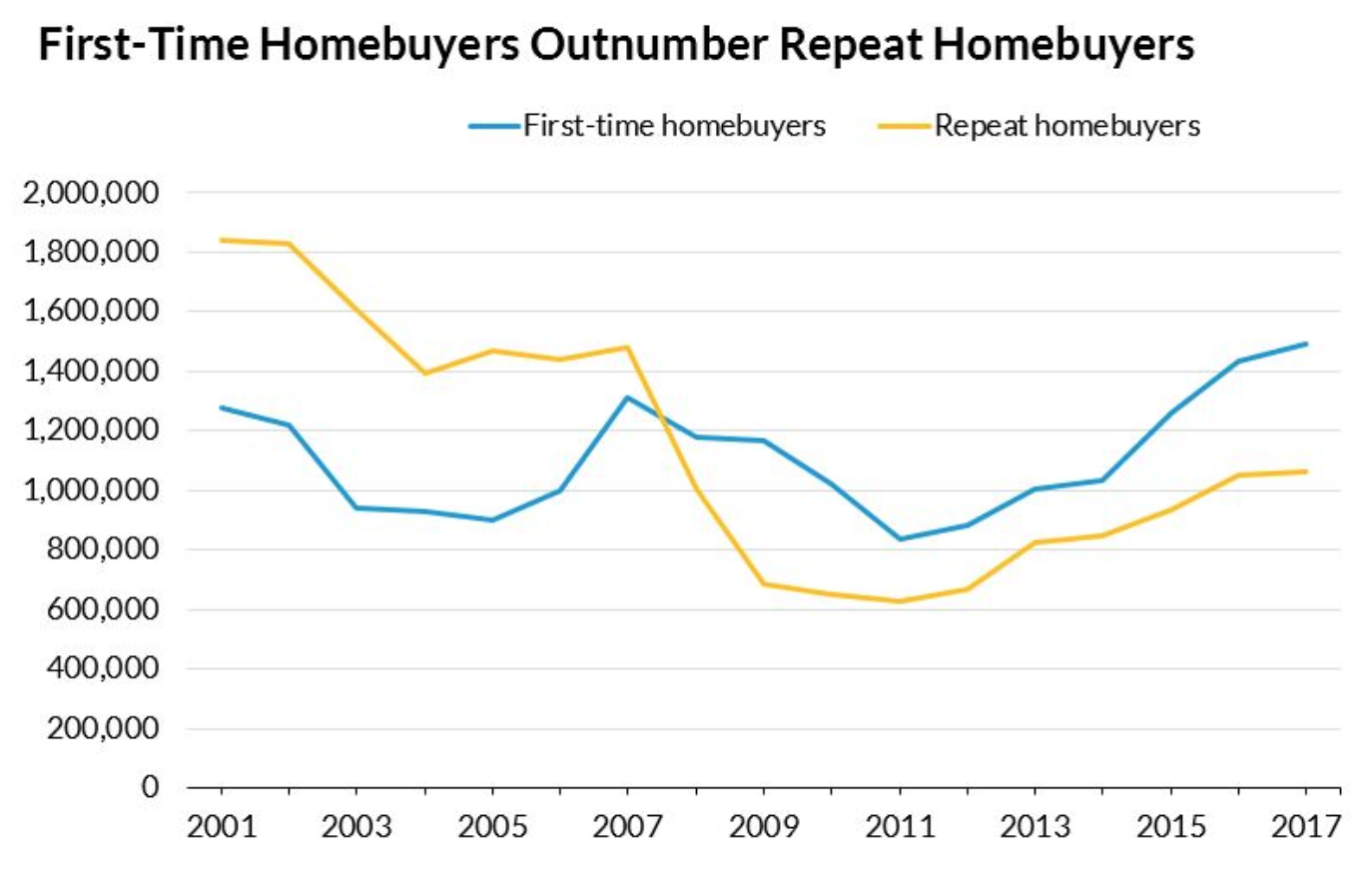 Unsurprisingly, the share of first-time homebuyers is even higher for FHA loans, which allow for lower down payments even with lower credit profiles. The FHA first-time homebuyer share historically made up about 80% of total FHA buyers, a share that dropped to about 75% during the recession but increased once again to about 83% in today’s market.

The rising share of first-time homebuyers can be attributed to the lack of repeat buyers in the housing market, according to the report. From 2001 to 2007, repeat buyers purchased from 1.4 to 1.8 million homes per year, but that dropped to just over 1 million today.

The Urban Institute explained that falling home prices after the recession prevented many homeowners from accumulating equity in their homes. But even as home prices continue to rise and homeowners are seeing a rebound in equity, the report shows repeat buyers will still not return to their historic levels.

While homeowners may have more equity, they are not likely to want to give up their low mortgage rates they locked in during the recession.

In fact, The Home Depot reported Tuesday a surge in its sales during the second quarter of 2018 as more homeowners choose to age in place and renovate their homes rather than move into a newer home.

And now, the Urban Institute explained that homeowners hanging on to their homes and not moving up, combined with the lack of new home construction, will cause inventory to continue to tighten and home prices to increase for starter homes.