The Federal Reserve just voted to raise interest rates for the second time in 2018.

The Federal Open Market Committee unanimously voted to increase the federal funds rate by 25 basis points to 1.75% to 2%.

“Information received since the Federal Open Market Committee met in May indicates that the labor market has continued to strengthen and that economic activity has been rising at a solid rate,” the committee stated after its meeting.

“Job gains have been strong, on average, in recent months, and the unemployment rate has declined. Recent data suggest that growth of household spending has picked up, while business fixed investment has continued to grow strongly,” the statement continued. “On a 12-month basis, both overall inflation and inflation for items other than food and energy have moved close to 2%. Indicators of longer-term inflation expectations are little changed, on balance.”

The Federal Reserve voted against raising the federal funds rate at the previous meeting in May, but this was expected. The market had predicted just a 6% chance of a rate hike at the May meeting, but a 94% chance of a 25 basis-point hike in June.

The first rate hike this year occurred at the FOMC’s March meeting, when it raised the federal funds rate for the first time in 2018.

The dot-plot released by the committee still indicates a projected three to four rate hikes this year, with most members projecting the federal funds rate at 2.25% to 2.5% for the year. 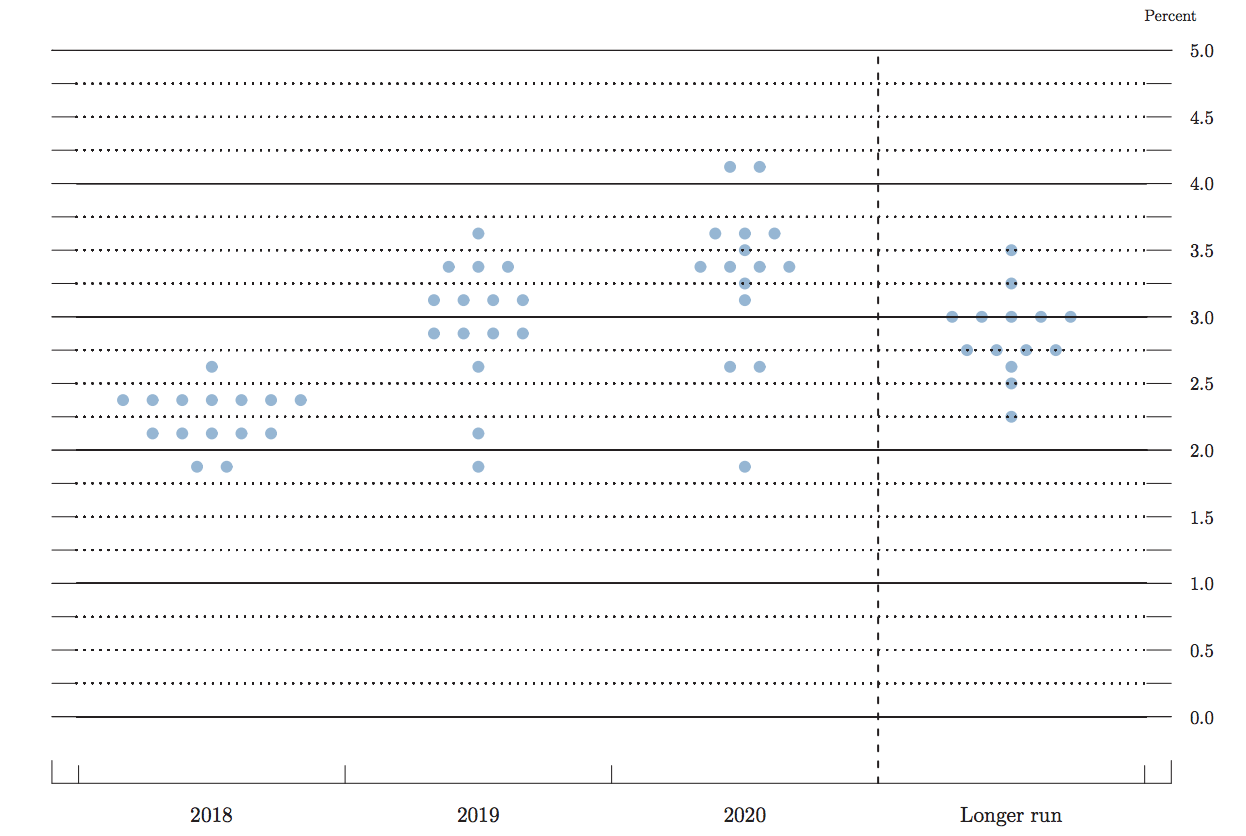 “We are still in the middle innings of rising interest rates; consumers should expect another three or four rounds of interest rate increases over the next 18 months,” said Lawrence Yun, National Association of Realtors chief economist.

“Mortgage rates will consequently continue to nudge higher. Fortunately, the economy is strong and wages are rising,” Yun said. “If housing supply can be increased through more home building, then the negative impact of rising interest rates can be mitigated.”

The Biden administration announced new actions outlined in a blueprint for a renters bill of rights that aim to protect renters.