Amid cries of hellish prices and low supply, many expect a mass exodus in the Golden State, but new data from Trulia shows the exodus is more like a robust restlessness than a true exodus.

What the numbers show is that though many are indeed seeking to leave the most expensive markets in California, (San Francisco, Los Angeles, San Jose and San Diego), almost as many non-Californians are looking to move to California such that the ratio of potentially outgoing to potentially incoming residents remains mostly steady (see graph below). 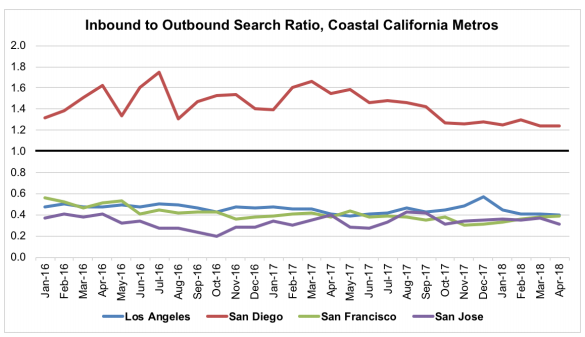 To create this report, Trulia looked at search data, tracking the incoming searches and the outgoing searches.

So where do Californians feel the grass is greenest? Las Vegas, Phoenix, New York, Dallas and Seattle were the five most searched destinations for Californians. 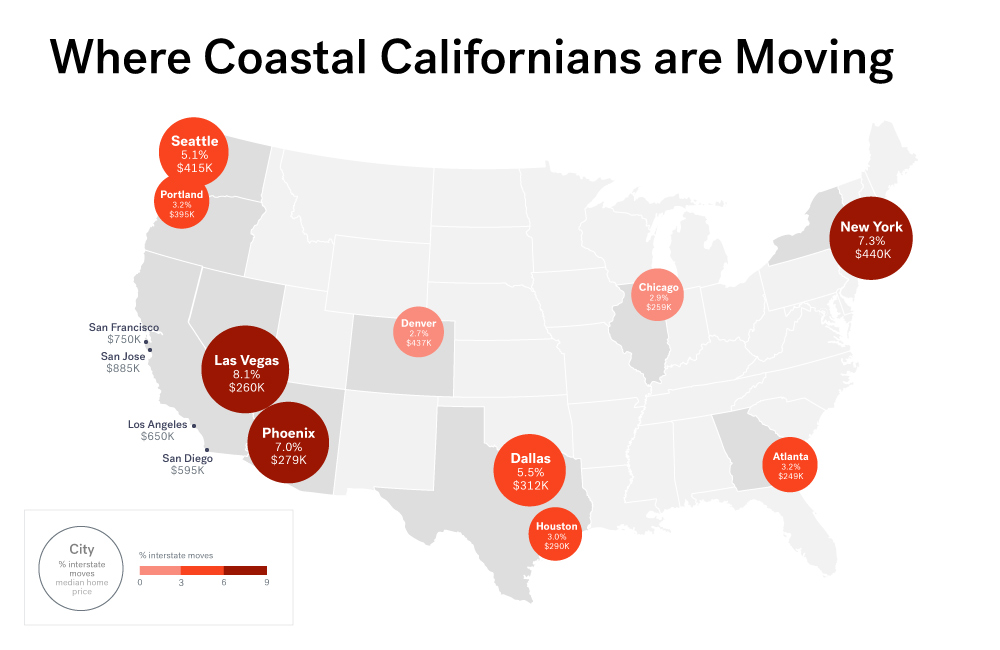 The big determinants in these numbers are job opportunity and affordability. In the four markets Trulia’s report covers the average home price was $720,000 in March 2017 as opposed to the national average of $250,000.

The markets Californians are gravitating toward had median prices of $439,000 or less.

The Trulia report suggests keeping an eye on Tucson which was in the top 10 most searched list in the first half of 2017. The reason Trulia gives as to why Tucson isn’t in the top 10 cities Californians migrated to is because it is a city that attracts retirees whose moves take longer to manifest.