Mortgage rates soared this week to their highest level since 2014, according to Freddie Mac’s weekly Primary Mortgage Market Survey. 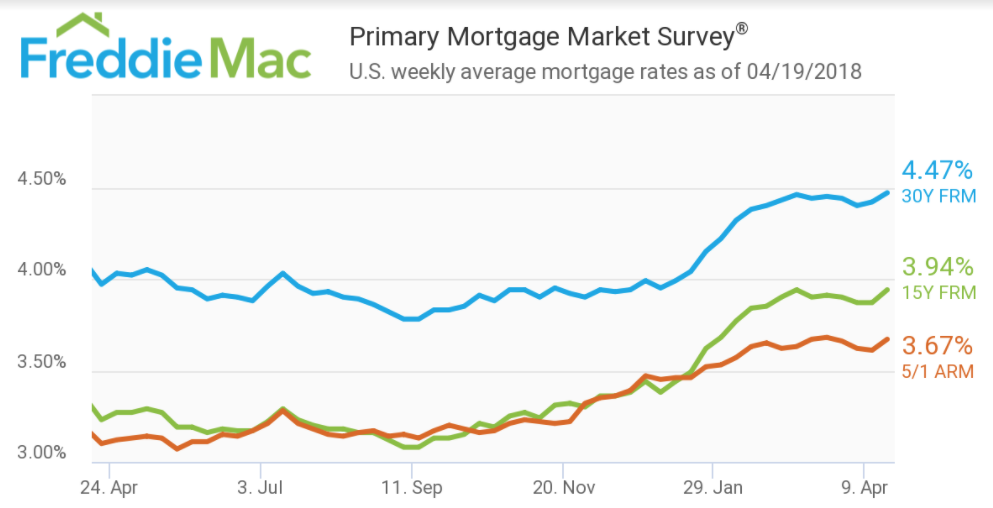 “Treasury yields rose ahead of the release of the Fed’s Beige Book and speeches from New York Fed President William Dudley and Fed Governor Randal Quarles,” Kiefer said. “According to the Beige Book, economic activity in March and early April continued to expand at a moderate pace, however there is concern from various industries surrounding tariffs.”