Property taxes increased across the U.S. in 2017 by an average 6%, according to the latest report from ATTOM Data Solutions, a national property database.

The map below shows the highest tax rates were the highest in Texas, the Northeast and some central northern states. 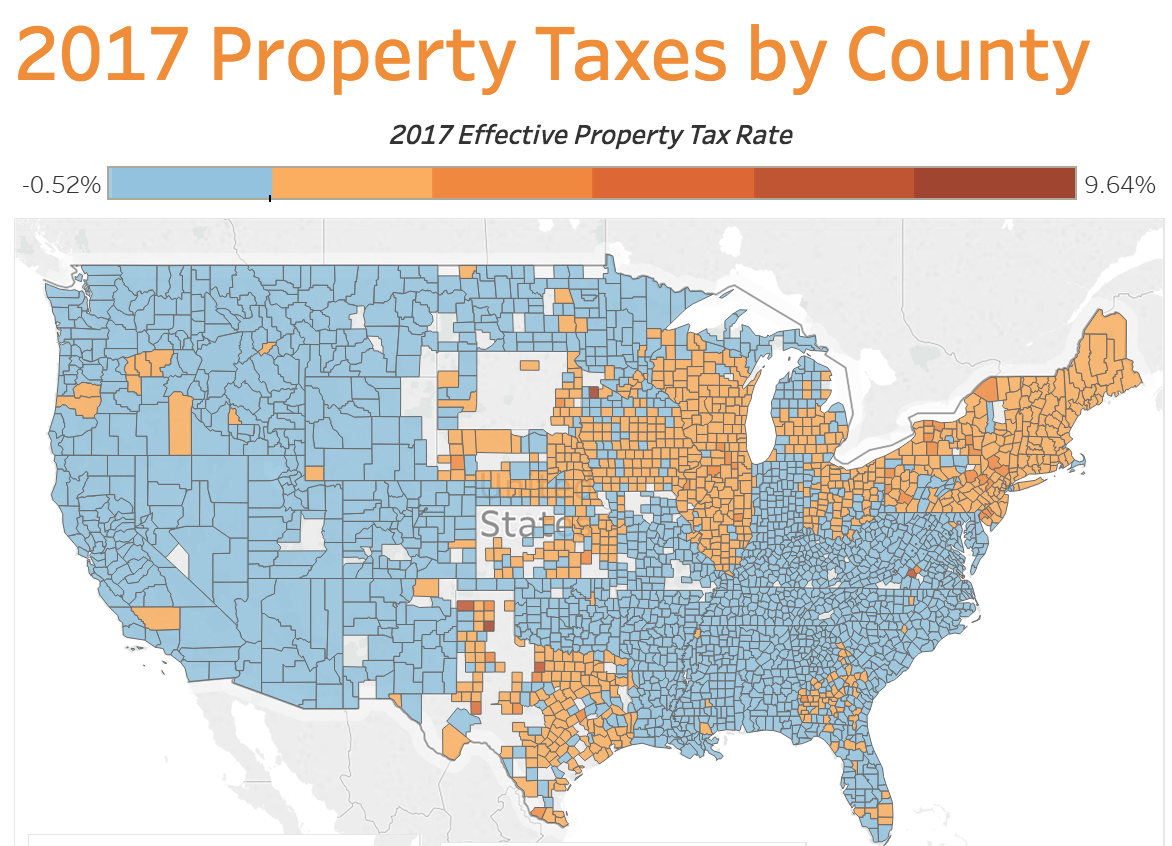 Dallas saw the fastest increase in 2017 as it rose 11%. Another Texas metro, Houston, also saw a significant increase at 10%, followed by Los Angeles with 7%, San Francisco with 6% and Seattle with 6%.

“Across California, it's not the percentage of property tax increase that is as concerning to consumers, as it is the net effect to cash flow, especially for an aging population on fixed incomes,” said Michael Mahon, president at First Team Real Estate, which covers Southern California. “This erosion of disposable income for many homeowners coupled with an aging housing inventory stock in need of repair across many areas of the state puts some homeowners in a difficult position where they have ample housing equity on paper but aren’t able to realize home value gains until a future sale of the property.”

And tax rates aside, obviously homeowners in states with higher home values will pay a higher dollar amount in taxes. Counties with the highest average property taxes were all in the New York metro area, led by Westchester County at $17,179 per year, followed by Rockland County with $12,924, Essex County with $11,878, Bergen Country with $11,585 and Nassau County with $11,415.

The Mortgage Collaborative to host in-person conference in September

Now that the world is reopening, TMC is thrilled to be hosting its first in-person conference since February 2020. From September 18-21, TMC members and partners will coalesce at the stunning Terranea Resort in Rancho Palos Verdes, Calif.