Mortgage rates increased for the ninth consecutive week, as the 30-year rate reached its highest point since 2014, according the Freddie Mac’s latest Primary Mortgage Market Survey. 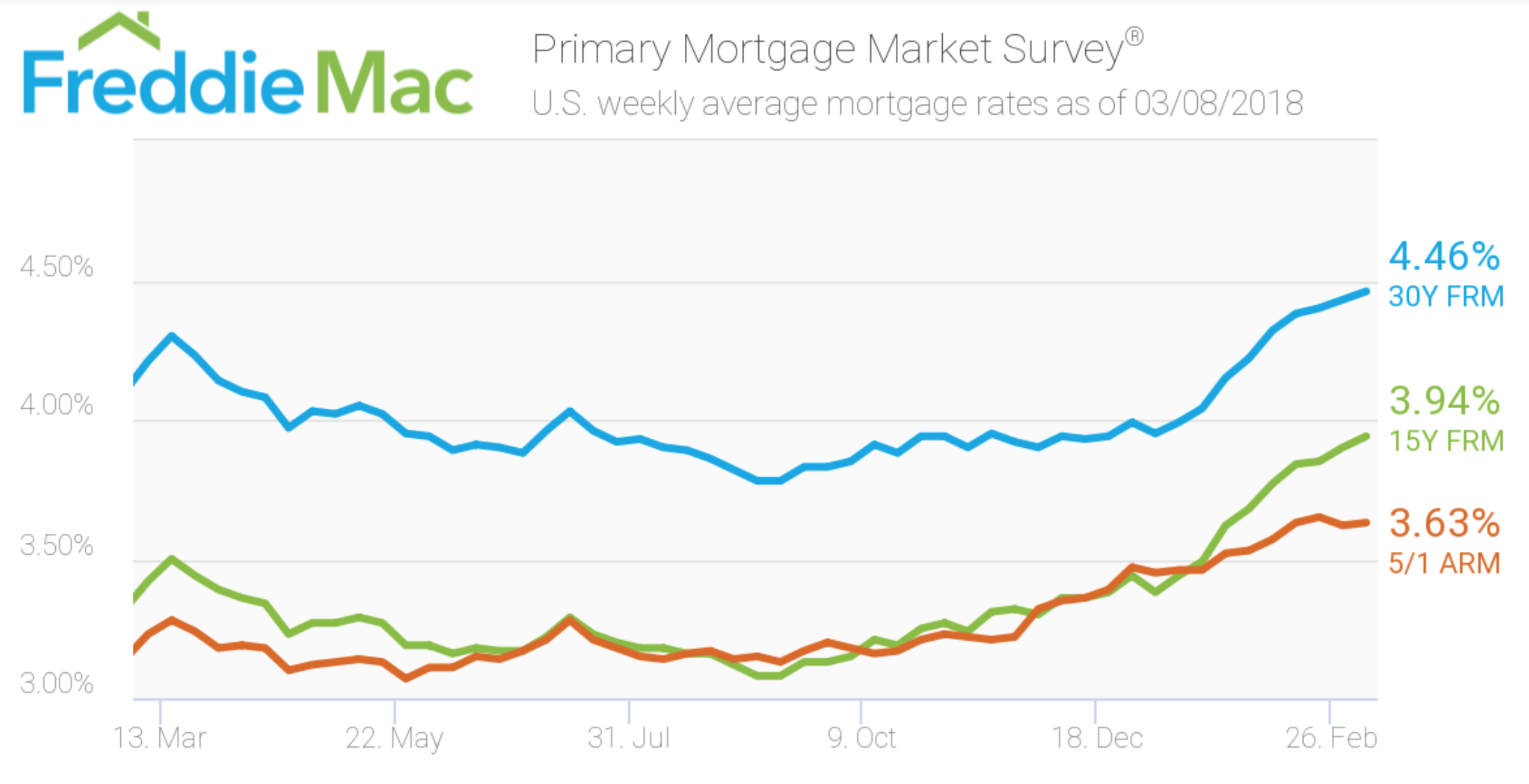 The five-year Treasury-indexed hybrid adjustable-rate mortgage increased to an average 3.63% this week. This is up slightly from 3.62% last week and 3.23% last year.

“The 10-year Treasury yield has been bouncing around in a narrow 15 basis point range for the last month,” Kiefer said. “While the yield on the 10-year Treasury is currently below the high of 2.95% reached two weeks ago, mortgage rates are up for the ninth consecutive week.”