Employment is set to increase in February as the hot job market threatens to overheat, according to the ADP and Moody's Analytics National Employment Report.

February will post a gain of 235,000 jobs, according to the report. This is an increase from January’s increase of 200,000 jobs. This is also up slightly from ADP’s prediction for January, which forecasted jobs would increase by 234,000 jobs.

But because ADP often revises its numbers significantly, its reported job growth should be taken as a general direction of the market, but not a specific forecast of the number of jobs added on any given month.

The chart below shows the jobs report tends to follow the general trend of ADP’s employment report. 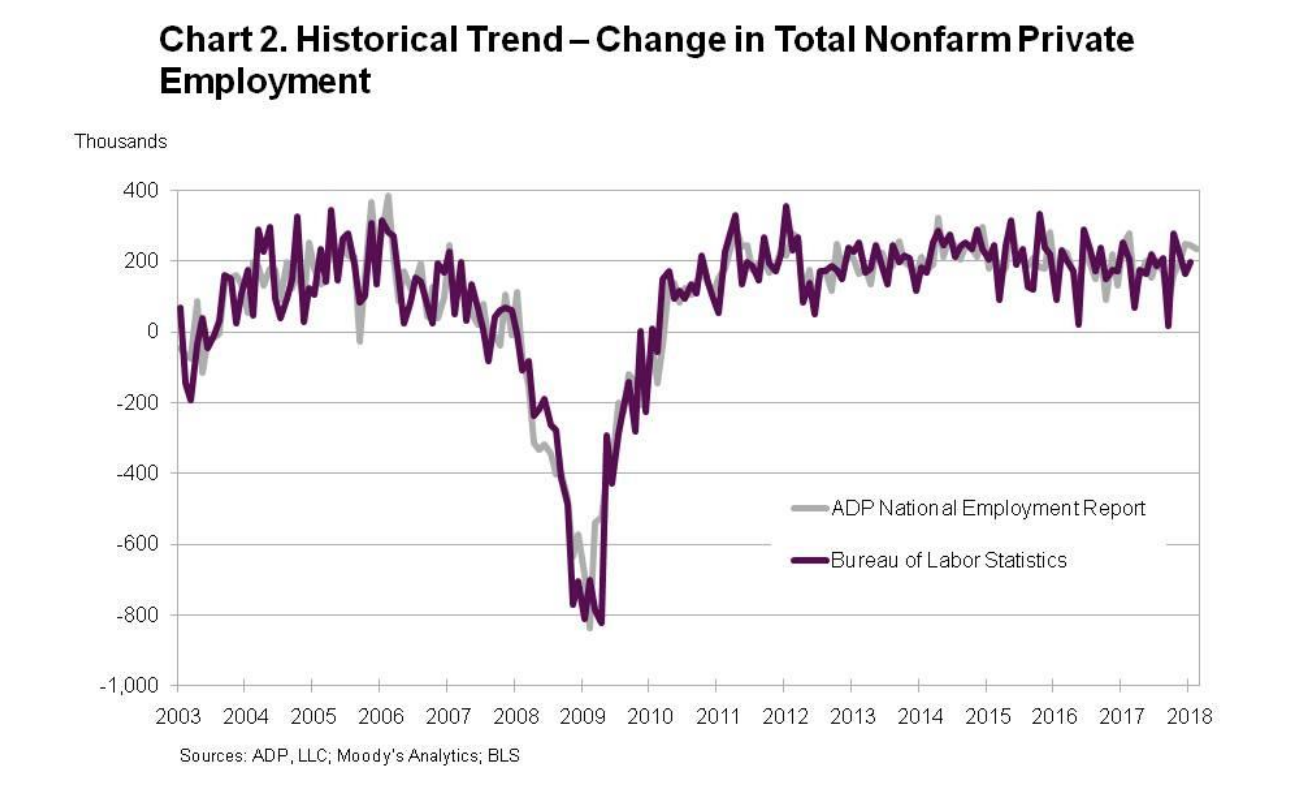 The goods-producing sector is set to increase by 37,000 jobs overall, with changes in the following areas:

The service-providing sector is set to increase by about 198,000 jobs, with changes in these areas:

“The labor market continues to experience uninterrupted growth,” said Ahu Yildirmaz, ADP Research Institute vice president and co-head. “We see persistent gains across most industries with leisure and hospitality and retail leading the way as consumer spending kicked up.”