How brokers can reach more and new borrowers with non-QM  
Are new home sales flagging a recession?
Webinar: Profitability and efficiency strategies in a time of rising rates
LoanSnap’s Karl Jacob on mortgage’s crypto future

The Hispanic community continues to drive homeownership growth in the U.S., according to the latest State of Hispanic Homeownership report released by the Hispanic Wealth Project and the National Association of Hispanic Real Estate Professionals.

Over the past decade, non-Hispanic whites have lost 1.9 million homeowners and were the only demographic to experience a net loss over this period of time.

The surge in Hispanic homeownership rate can be contributed, in part, to the exploding population growth. Currently the country’s 58.6 million U.S. Hispanics account for more of the population growth than any other demographic.

Hispanic households also have larger sizes at 3.25, the largest household size in comparison to all other U.S. racial and ethnic demographics. This larger size can be contributed to factors such as multigenerational living, an emerging trend HousingWire explored in the February magazine.

However, despite all of these positive trends, Hispanics still face several challenges when it comes to owning a home.

The report shows that more than half of the country’s Hispanic population continues to be located in California with 15.3 million, Texas with 10.9 million and Florida with 5.1 million.

And it is this concentration that hurt Hispanic homeownership growth in 2017. The map below shows 2017’s natural disasters including the hurricanes and California wildfires hit the hardest in areas with heavy concentrations of the Hispanic population. 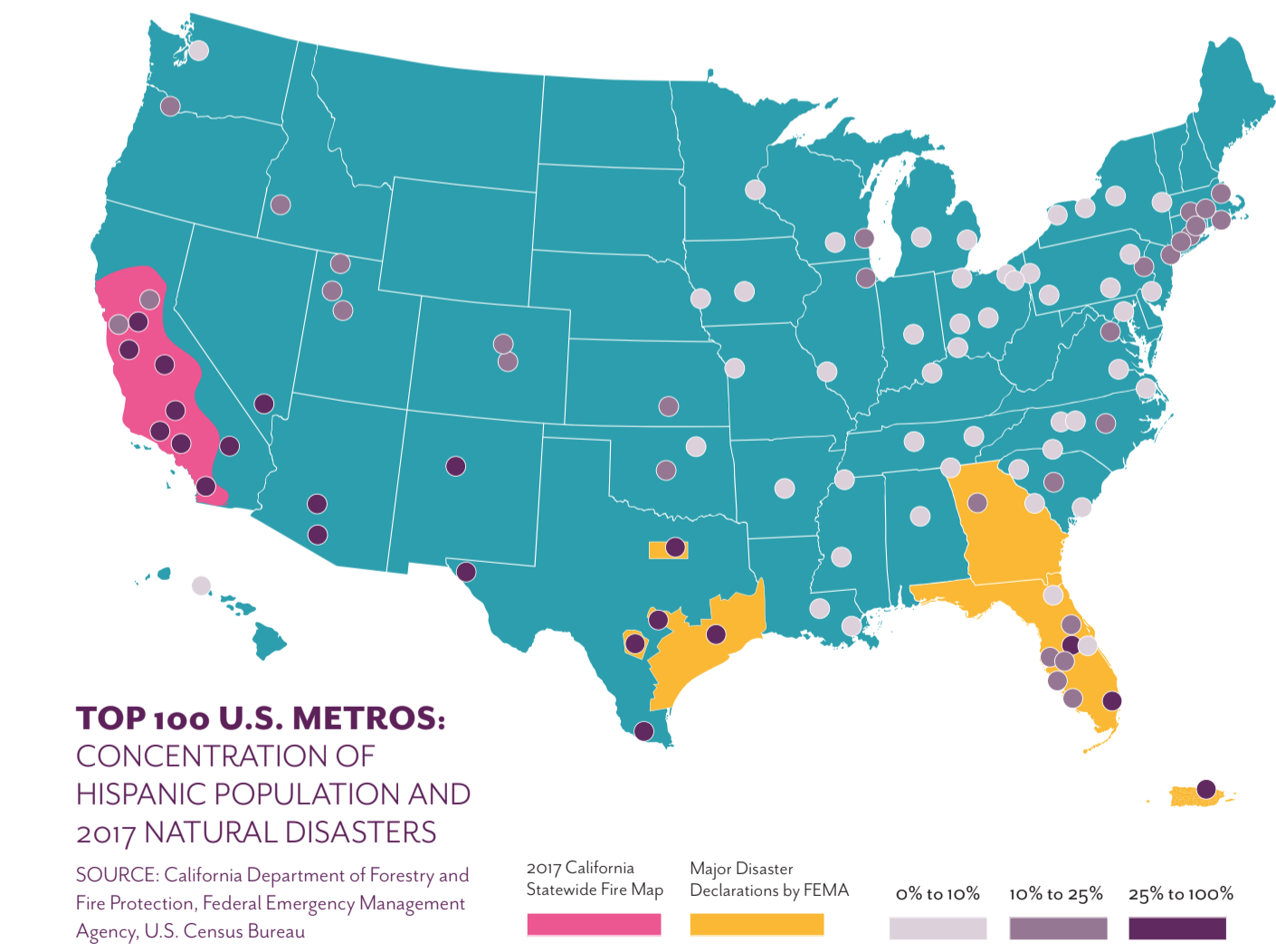 Another factor hindering Hispanic homeownership growth was affordability. The largest home price gains in 2017 were in California, Idaho, Nevada, Utah, and Washington, all of which, coincidentally, have substantial and growing Hispanic populations.

Immigration and, more specifically, deportations have also played a major role in the state of the Hispanic homeownership rate. Interior enforcement increased dramatically for the year ending in September 2017, with ICE reporting an increase of 36% for interior removals. Over that same period of time, administrative arrests by ICE also increased by 42%.

What’s more, with the Deferred Action for Childhood Arrivals program under threat, and no deadline in sight for a resolution, many DACA recipients will hold back from buying a home due to the uncertainty, the report states.

Purchase apps are at 2009 level: where’s the inventory?

Purchase application data is negative year over year, and this time it’s real. So where is all the housing inventory?