Home prices increased in December at a faster pace than the previous month, however, some signs could be emerging to show a leveling off in home price increases, according to the latest report released by S&P Dow Jones Indices and CoreLogic.

The S&P CoreLogic Case-Shiller U.S. National Home Price NSA Index, which covers all nine U.S. census divisions, reported an increase of 6.3% in December. This is up from the increase of 6.1% in November. 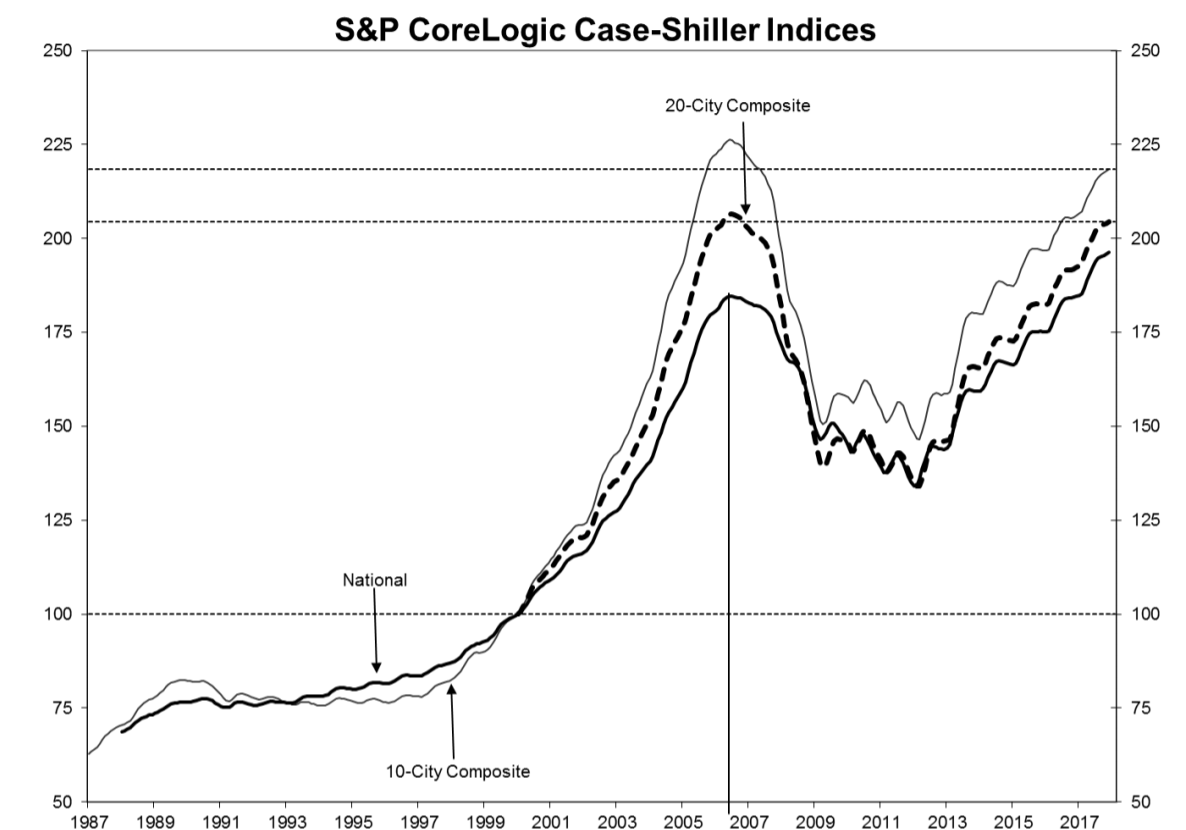 “Within the last few months, there are beginning to be some signs that gains in housing may be leveling off,” said David Blitzer, S&P Dow Jones Indices managing director and chairman of the index committee. “Sales of existing homes fell in December and January after seasonal adjustment and are now as low as any month in 2017. Pending sales of existing homes are roughly flat over the last several months.”

“New home sales appear to be following the same trend as existing home sales,” Blitzer said. “While the price increases do not suggest any weakening of demand, mortgage rates rose from 4% to 4.4% since the start of the year. It is too early to tell if the housing recovery is slowing. If it is, some moderation in price gains could be seen later this year.”

“The rise in home prices should be causing the same nervous wonder aimed at the stock market after its recent bout of volatility,” Blitzer said. “Across the 20 cities covered by S&P Corelogic Case Shiller Home Price Indices, the average increase from the financial crisis low is 62%; over the same period, inflation was 12.4%.”

“None of the cities covered in this release saw real, inflation-adjusted prices fall in 2017,” he said. “The National Index, which reached its low point in 2012, is up 38% in six years after adjusting for inflation, a real annual gain of 5.3%. The National Index’s average annual real gain from 1976 to 2017 was 1.3%. Even considering the recovery from the financial crisis, we are experiencing a boom in home prices.”

Debbie Thayer, EVP of default administration at Shellpoint, will speak on Servicing Challenges During a Pandemic Period at HousingWire’s Spring Summit.