Brandt’s appointment to CEO represents a key development in Docutech’s growth strategy, the company explained. In 2016, Serent Capital, a San Francisco-based private equity firm, made an investment in Docutech. As part of the company’s broader ownership structure, it formed an advisory board and collaborated in selecting Brandt as the new CEO. 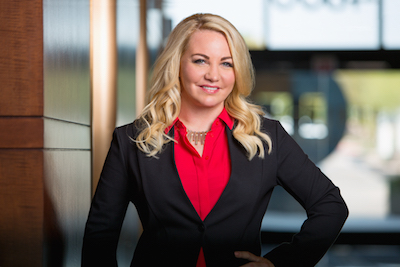 Brandt, a 2011 and 2013 HousingWire Woman of Influence, is a mortgage industry veteran and brings more than 20 years of experience to her new role.

“I couldn’t be more pleased to announce the appointment of Amy Brandt as Docutech’s new CEO,” said Jenkins, Docutech’s founder and now chairman. “Amy possesses the strategic vision, expertise, tenacity, and exemplary leadership qualities we were seeking for this role and it’s clear she has what it takes to lead Docutech in this exciting next chapter of growth and beyond.”

“I’m thrilled to be at Docutech’s helm during such an exciting time in our industry and to continue to evolve our world-class technology and solutions to transform the way lenders do business and serve their customers,” said Brandt. “I am truly honored to be a part of such an outstanding team that is well poised for success.”

Anthony Hsieh, the CEO of loanDepot, has been buying some pricey real estate in Florida, pushing his property portfolio to over $150 million.