The moment we’ve all been waiting on baited breath for finally happened this week, as Amazon revealed the 20 finalists for its second headquarters, commonly referred to as Amazon HQ2.

According to CNN, Amazon received bids from 238 cities and regions throughout North America, all vying for their chance to be the online retail giant’s second home.

Amazon said that it expects to invest more than $5 billion and plans to grow its second headquarters into a “full equal” to Amazon’s current headquarters in Seattle. Amazon also expects to create as many as 50,000 “high-paying jobs” for the selected area.

But what else might come with that much corporate investment and new high-paying jobs? Higher home prices.

And for half of the 20 markets on Amazon’s shortlist, home prices are already on the verge of overheating.

Of those, 19 are in the U.S., and a newly released analysis from CoreLogic shows that home prices in 10 of those 19 U.S. markets are already overvalued.

CoreLogic monitors the health of the housing economy through historic home price changes and other market conditions including sustainability of prices in the market, referred to as the CoreLogic Market Condition Indicators.

On the other hand, home prices in Atlanta, Boston, Chicago, Columbus, Newark, Philadelphia, and Raleigh are all categorized as “normal” in CoreLogic’s view.

Meanwhile, home prices in Indianapolis and Pittsburgh are “undervalued.” 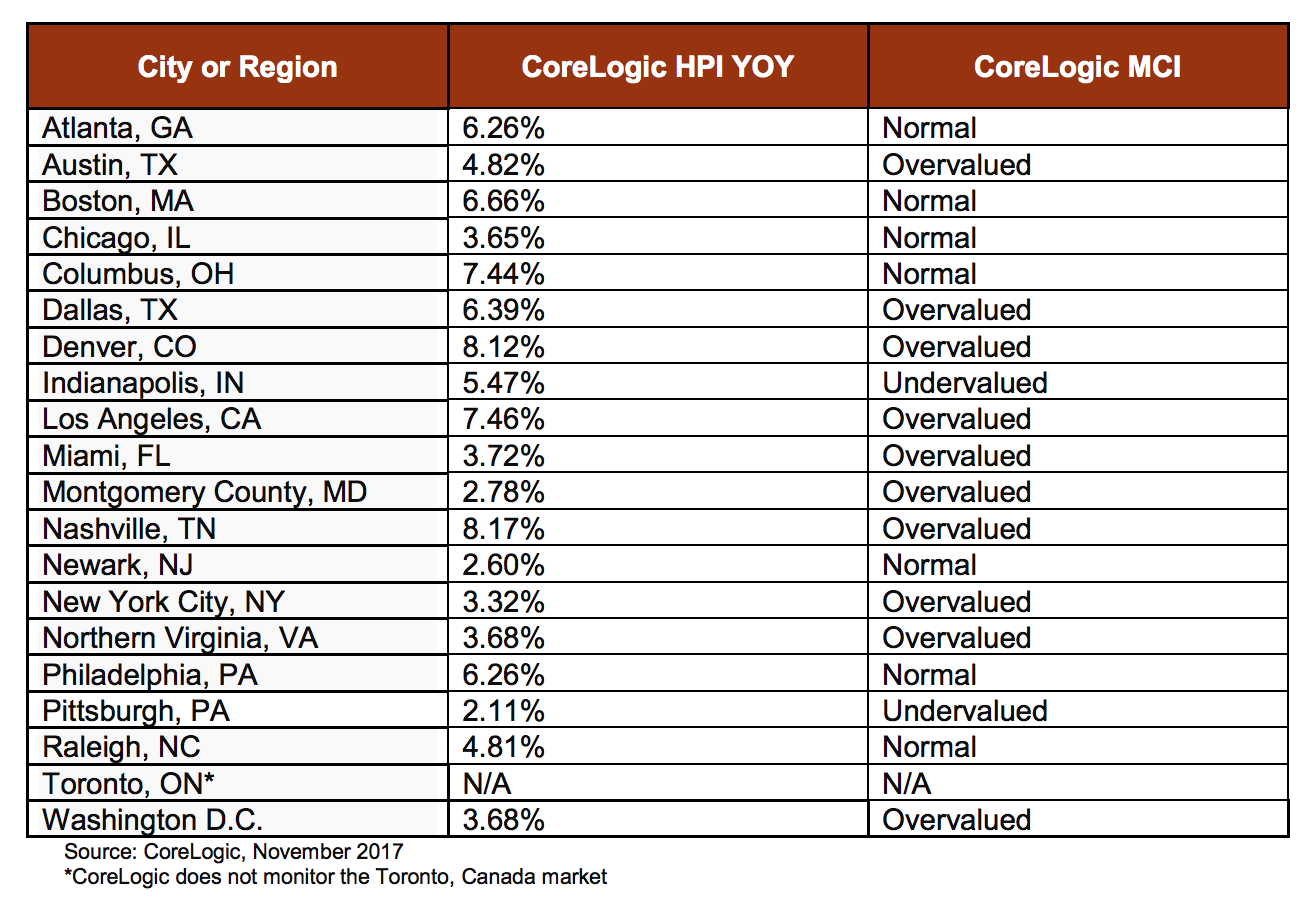 Regardless of which city Amazon picks (and the retail monolith has given no further indication of which one of the 20 markets it is going to choose), home prices are expected to rise in the winning city.

And for those markets where prices are already arguably too high, being the winning city may be a bit of a housing catch-22, according to CoreLogic Chief Economist Frank Nothaft.

“As leaders at Amazon continue to narrow their location choices, the housing situation is an important consideration,” Nothaft said.

“Some of the contenders have home price increases that are trending higher than the national average of 6%,” Nothaft said. “Denver and Nashville lead the pack with home price increases at more that 8%, but CoreLogic research indicates that these markets are overvalued right now. Adding a job creator like Amazon would add further housing demand and upward pressure to housing costs.”

How reverse mortgages could improve financial stability for older homeowners

HousingWire recently spoke with Christian Mills, head of Financial Advisor Relations at Reverse Mortgage Funding, about the ways a reverse mortgage can create a stable cash flow for homeowners in the midst of a volatile housing market.