As home prices continue to rise across the U.S., and homebuilders place a heavier focus of luxury homes, the number of $1 million homes quadrupled since 2002 to make up 4.3% of all homes.

In fact, as they continue to become less scarce, $1 million may no longer get buyers into the luxury home market, according to the latest Trulia research report.

Trulia argues that $5 million is now the new bar for luxury living. But surprisingly, even $5 million homes are becoming less exclusive, as the number of these homes is five times higher than in 2002.

Even in these high-end markets like San Francisco, listings priced at $5 million or more made up just 3% of all listings. Long Island, New York, held the second highest share at 2.2%.

The map below shows where these $5 million homes are concentrated. 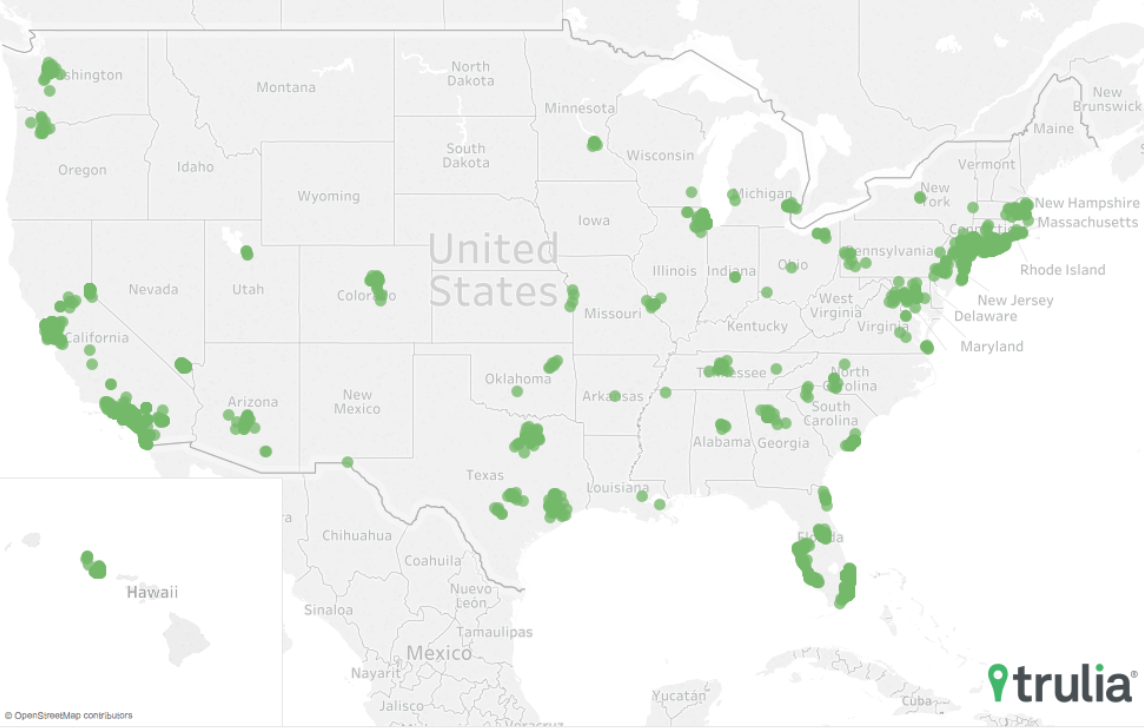 Trulia’s research found many of these expensive homes have common amenities such as expansive acreage, breathtaking views, pools, tennis courts, custom features built by well-known architects, and even unique amenities such as bulletproof glass, 24-karat gold fixtures and swim-up bars.