Home prices increased in September at their fastest pace in more than three years, according to the latest S&P CoreLogic Case-Shiller Indices released by S&P Dow Jones and CoreLogic.

The Case-Shiller National Home Price NSA Index, which covers all nine U.S. census divisions, showed over the last 12 months, home prices increased 6.2% nationally, the highest annual rate of increase since June 2014. This is up from August’s increase of 5.9%. 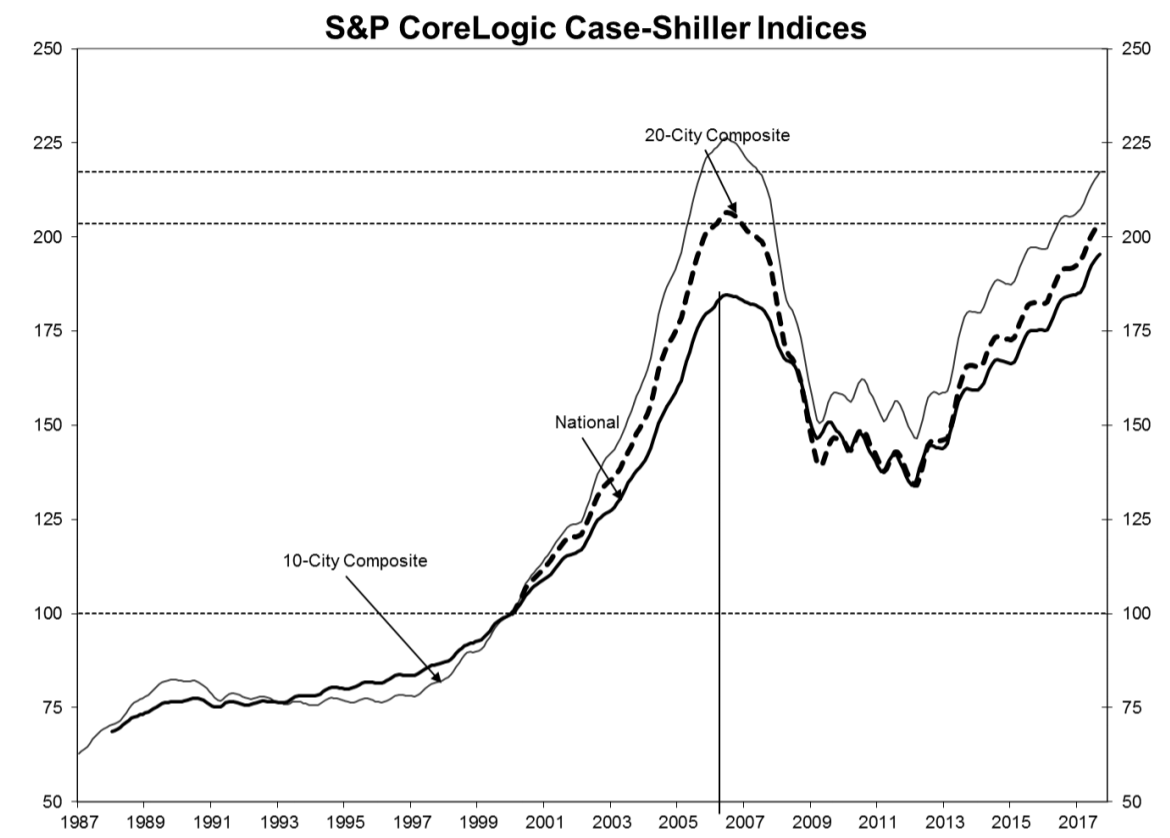 “Home prices continued to rise across the country with the S&P CoreLogic Case-Shiller National Index rising at the fastest annual rate since June 2014,” said David Blitzer, S&P Dow Jones Indices managing director and chairman of the Index Committee. “Home prices were higher in all 20 cities tracked by these indices compared to a year earlier; 16 cities saw annual price increases accelerate from last month.”

“Strength continues to be concentrated in the west with Seattle, Las Vegas, San Diego and Portland seeing the largest gains,” Blitzer said. “The smallest increases were in Atlanta, New York, Miami, Chicago and Washington. Eight cities have surpassed their pre-financial crisis peaks.”

What’s more, experts explained these home price increases will not be letting up anytime soon.

“Most economic indicators suggest that home prices can see further gains,” Blitzer said. “Rental rates and home prices are climbing, the rent-to-buy ratio remains stable, the average rate on a 30-year mortgage is still under 4%, and at a 3.8-month supply, the inventory of homes for sale is still low.”

“The overall economy is growing with the unemployment rate at 4.1%, inflation at 2% and wages rising at 3% or more,” he said. “One dark cloud for housing is affordability – rising prices mean that some people will be squeezed out of the market.”