Home prices continue to increase, yet affordability actually improved since July, according to the latest Mortgage Monitor report from Black Knight.

As of September, the average homeowner needed 21.4% of their median income to purchase a home. This is actually down from July’s post-recession peak of 21.7% and low by historical standards.

The chart below demonstrates the main cause for the increase in affordability is falling interest rates, which have slipped by 40 basis points over the past six months. 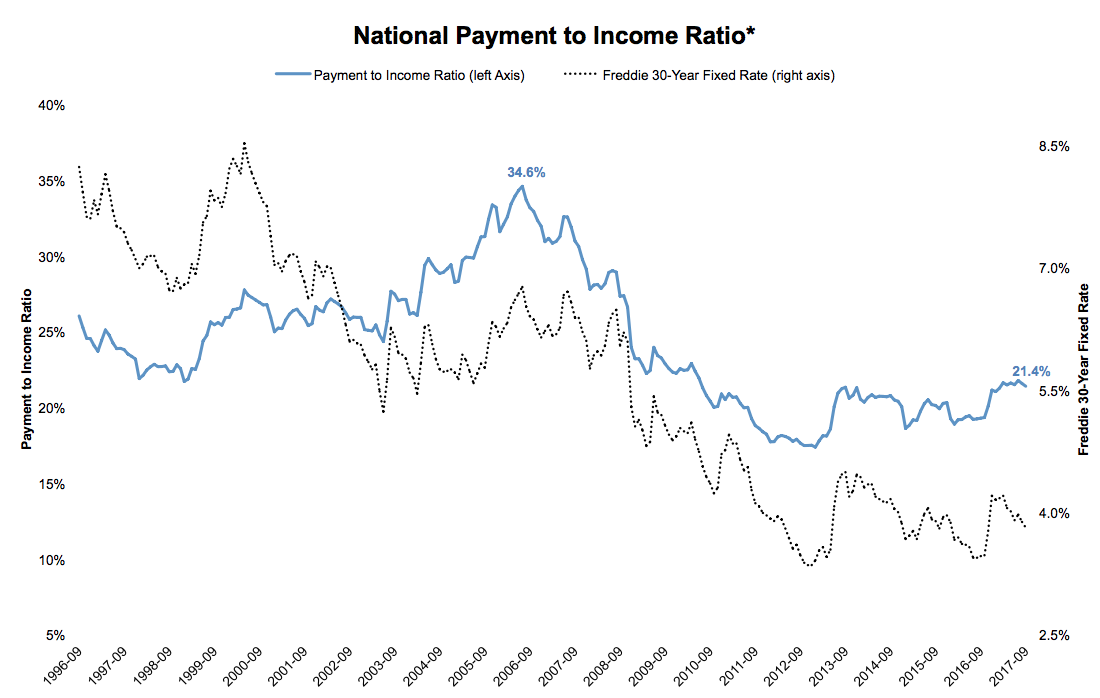 “Rising home prices continue to offset the majority of would-be savings from recent interest rate declines, which has kept home affordability near a post-recession low,” said Ben Graboske, Black Knight executive vice president of data and analytics. “That being said, when viewing the market through a longer-term lens, affordability across most of the country still remains favorable to long-term benchmarks.”

Home prices increased 6.24% from last year in August, however the chart below shows that, at least until the next home buying season, home price growth may have tapered off. 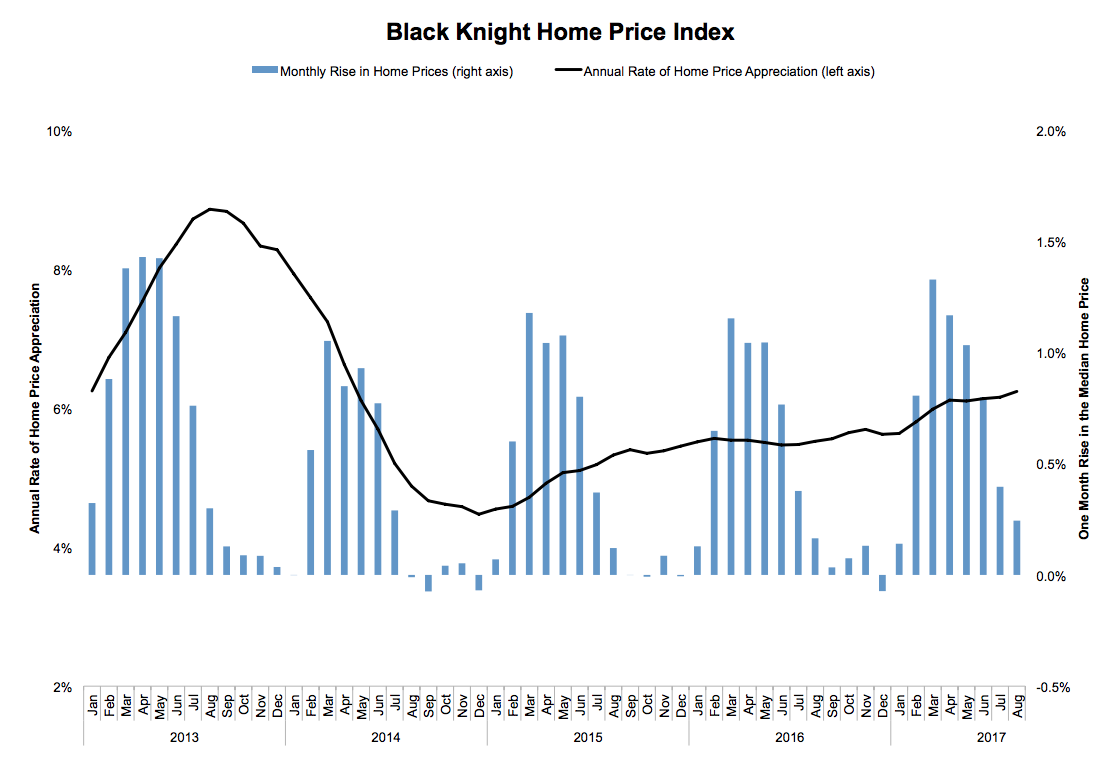 Currently, 47 out of the 50 states hold payment-to-income ratios below their 1995 to 2003 averages. The exceptions are Hawaii, California, Oregon and Washington D.C.

While optimistic scenarios showed most states will remain below their long-term benchmarks even as home prices continue to rise, more pessimistic scenarios show that if the 30-year mortgage rates rise significantly, several states could surpass their historical norms by this time next year.

“In looking at the affordability landscape across the country, we certainly see varying levels of affordability in each market compared to their own long-term benchmarks,” Graboske said. “But, by and large, the overall theme is that affordability in most areas, while tightening, remains favorable to long-term norms.”

And other experts agree housing is affordable by historical standards. First American Financial Corp.’s latest Real House Price Index, which examines affordability by comparing home prices against interest rates and income to determine the “real” value of a home, found real home prices decreased 0.4% from the previous month, and are now 38.4% below their housing boom peak in July 2006.

The Urban Institute released a report that showed overall, housing in the U.S. remains very much in the affordable range, however certain markets could be close to a housing bubble.

And the National Association of Realtors forecast that existing home sales will increase 3.7% in 2018 suggests housing will remain affordable into next year.