Mortgages in any stage of delinquency decreased in July, along with foreclosure inventory, which dropped below 1%, according to the Loan Performance Insights Report from CoreLogic, a property information, analytics and data-enabled solutions provider.

During July, the share of mortgages in some stage of mortgage delinquency, from 30 days past due to those in foreclosure, decreased to 4.6%. This is a decrease of 0.9 percentage points from 5.5% in July 2016, however it is up slightly from 4.5% in June. 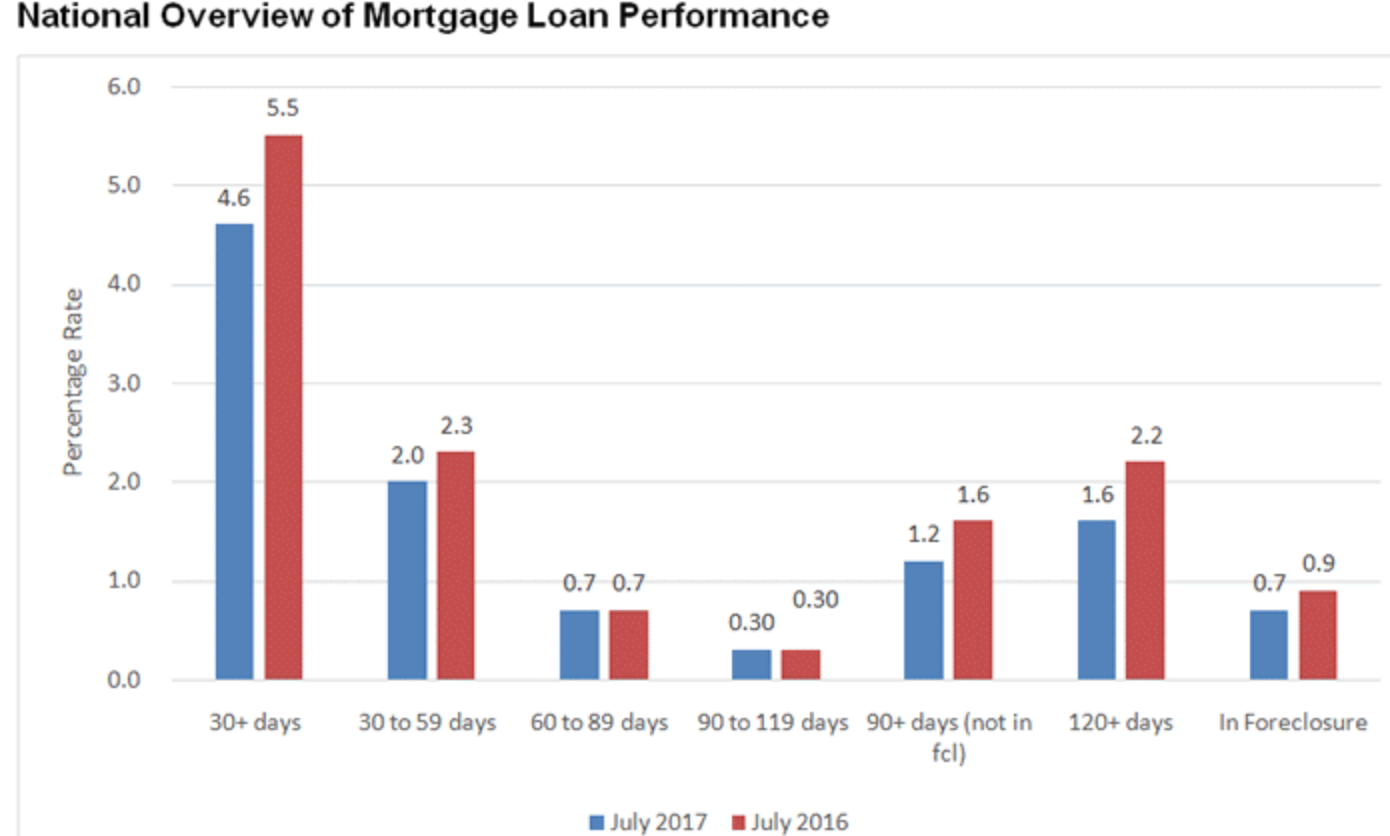 The foreclosure inventory rate, which measures the share of mortgages in some stage of the foreclosure process, hit 0.7% in July. This is down from 0.9% last year, and the lowest since July 2007, when the rate was also 0.7%.

According to CoreLogic, measuring early-stage delinquency rates is important for analyzing the health of the mortgage market. To monitor mortgage performance comprehensively, CoreLogic examines all stages of delinquency as well as transition rates, which indicate the percentage of mortgages moving from one stage of delinquency to the next.

“Even though delinquency rates are lower in most markets compared with a year ago, there are some worrying trends,” CoreLogic President and CEO Frank Martell said. “For example, markets affected by the decline in oil production or anemic job creation have seen an increase in defaults. We see this in markets such as Anchorage, Baton Rouge and Lafayette, Louisiana where the serious delinquency rate rose over the last year.”