Historically, one time of year stands out above the rest as being the best time to buy a starter home, according to a new Inventory and Price Watch report from Trulia.

During this time, starter home inventory increases about 7%, which leads to listing prices falling between 3.1% and 4.8% lower than in other parts of the year, the report shows.

The best time of year to buy a starter home, according to Trulia’s report, is fall, or between October 1st and December 31st. During this time, 70 of the largest 100 U.S. metros see peak levels of starter home inventory, and home prices begin to fall, eventually hitting their annual lows in January through March.

The chart below shows most metros see their inventory peak in October, and many see peaks in November, December and even headed in to January and February. 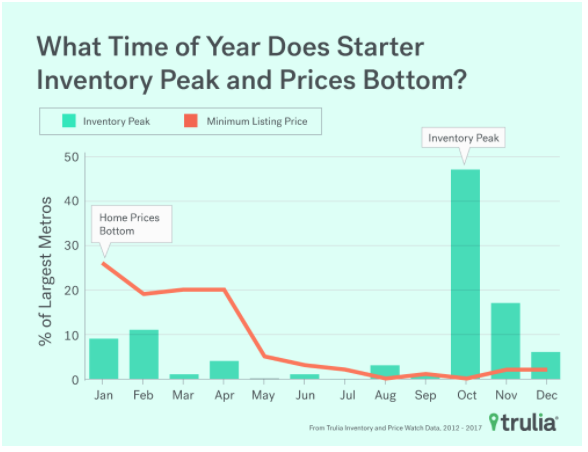